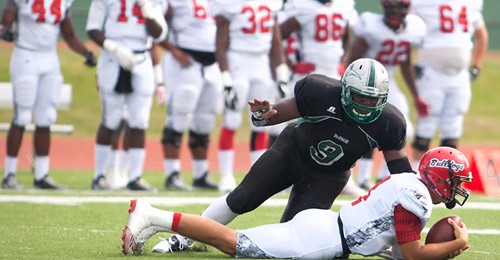 The 2020 college football season is trudging on, amid the coronavirus and all, and it’s time to start thinking about where the top schools will land as the start of Bowl season nears.

Well, actually, we shouldn’t say it’s time to start thinking about it. Every college football fan has been thinking about it for some time. They may no longer be in the stands at full capacity, but they’ve been able to follow along from home, pore over the weekly AP ranking polls that are getting released, check the National Championship favorites by tracking all the necessary college football betting odds and keep tabs on all the latest injuries, upsets and other breaking news.While not quite at the forefront of this conversation, the George Bulldogs are still at least tangentially in it.

They have two losses on their record, but they came against top-tier schools and college-playoff contenders in the Florida Gators and Alabama Crimson. We know AP pollsters take the strength of schedule into account, and the Bulldogs have survived one of the 38 hardest slates to date. All of this matters. But how much? And realistically, how far up the top-25 ladder can Georgia climb before the 2020 season ends?

Georgia has slipped on this side of the ball from last season, going from 50th in the nation in points scored per game to 60th. This drop-off comes as no surprise given their shaky quarterback.

Last year’s starter, Jake Fromm, turned pro this season, which has left the Bulldogs to test out JT Daniels, Stetson Bennett and D’Wan Mathis in varying capacities. The end result is an offense that doesn’t even muster 240 yards per game and relies heavily on its running backs.

Defense continues to be Georgia’s calling card. They’ve fallen off their first-place ranking from last season, but they still rank inside the top 25 of points allowed per game

Few schools are as effective at stopping the run. The Bulldogs are once again allowing under 75 yards on the ground per game. Their frontline has spurts in which they look totally impregnable. Still, they’ve suffered in the secondary. Opposing offenses are hanging over 270 yards on them through the air, a manageable-but-not-great number. Plenty of programs would be happy struggling their way to a top-25 defense. Georgia is different. They not only expect better, but they’re going to need better unless they get improved quarterback play on the other side of the ball to close the 2020 season. 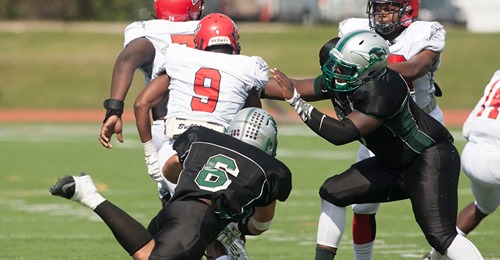 How High Can Georgia Rise in the Rankings?

Unfortunately for the Bulldogs, sneaking into the college football playoff is basically out of the question

Creeping in with one loss might have been tenable. Having two on the docket is a deal-killer, particularly when the two teams they lost to, Alabama and Florida, are also in the National Championship hunt. That’s essentially two playoff spots Georgia could never get.

The polls have started to reflect as much. After spending the first nine weeks in the top five, they plummeted to 12th and have since settled in at 13th. Winning what’s left of their schedule—games against South Carolina and Vanderbilt—should help them punch a ticket back into the top 10, but nothing is guaranteed. Point differential is holding them back. We know the ranking committee weights both that and strength of schedule when making their decisions. Georgia, again, has labored through a difficult enough schedule to gain brownie points, though losses to the Gators and Crimson neuter that to an extent. Across seven tilts, though, the Bulldogs are only a plus-56 in total. Outscoring opponents by an average of eight points every week isn’t going to cut it compared to their direct competition. Take the No. 1 ranked Alabama for instance.

They’re a plus-211 through their seven games. Sixth-ranked Florida is a plus-116 over six contests themselves. Without adding any blowout victories to their tally, Georgia might actually fail to crack the top 10. In fact, by Simple Rating System, which ranks schools according to point differential and strength of schedule, they’re the No. 21 team in the country. That’ll get them a premier Bowl appearance, but it’s not coming close to gaining them entry into the playoff.