We've certainly had a lot of discussion this year around the QB position, so I thought it might be nice if we had more information to incorporate into those discussions. I could only find a week 1-5 passing chart for Fromm when I googled around, so I decided to take a little bit of my time to chart out the other games in order to combine with the chart from College Football Film Room.

Below are two charts. The first is Fromm's 2018 passing chart thus far, and the next is a simplified charting comparison of 2017 and 2018. 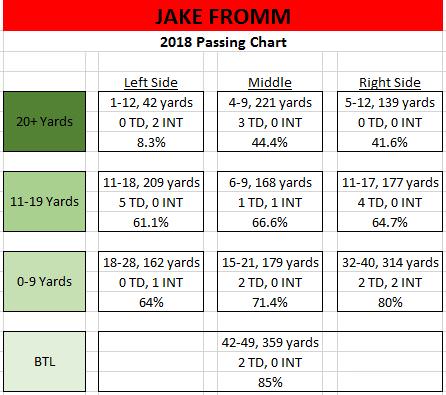 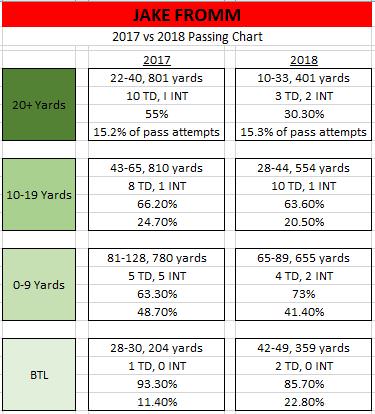 I think these two charts show how both sides of the Jake Fromm discussion get to their conclusions. A few things jump out to me, which are the deep ball struggles, the improvements made in the short passing game (0-9 yards), and the increased usage of throws behind the line.