We are lacking in Ice Dawgs pics, so enjoy this one of the goalie for the Columbus (Ga) Cottonmouths - Todd Kirkland/Getty Images

I have been remiss in telling you rabidly interested fans about our IceDawgs and how they are doing this season.

The guys (and Lady Dawg) Are currently sitting at #3 in the ACHA DIII rankings sporting a record of 12-1-1 on the season.

We started the season wondering who was going to play goalie with the departure of our Wall of Athens Andrew StoneWall Bray. And it showed as we played GT to a 6 all tie and then actually LOST to a fired up KSU team by a score of 9-3. After that we got it together and started our normal beating of inferior opponents with a 9-3 victory over USCe followed by a beatdown of Clem's sons 10-4 in Akin's Ford arena. The next night florida came to visit, 6-5 in OT, they left losers, the same way they arrived.

A week later we travailed to Jacksonville florida for a game I attended, incidentally I saw a red and black pro team beat the Jacksonville Icemen before the actual game started. I don,t remember the score, just that the Atlanta Gladiators beat them. 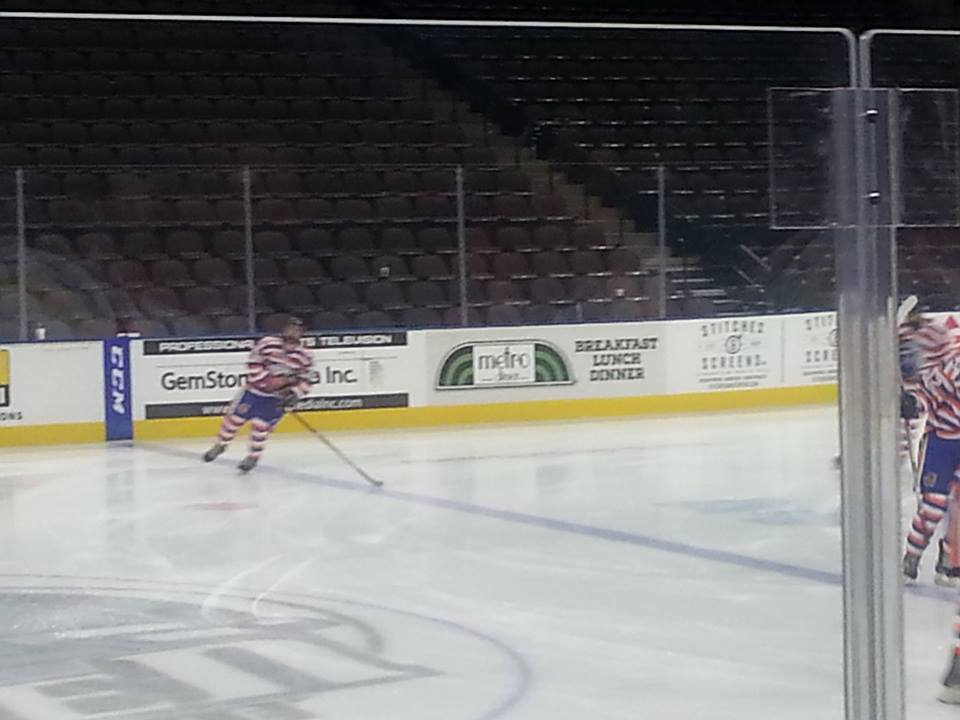 I watched in amazement as florida sent out this tasteless uniform selection before I figured out they were trying to show solidarity with their football team with the prison uni look. 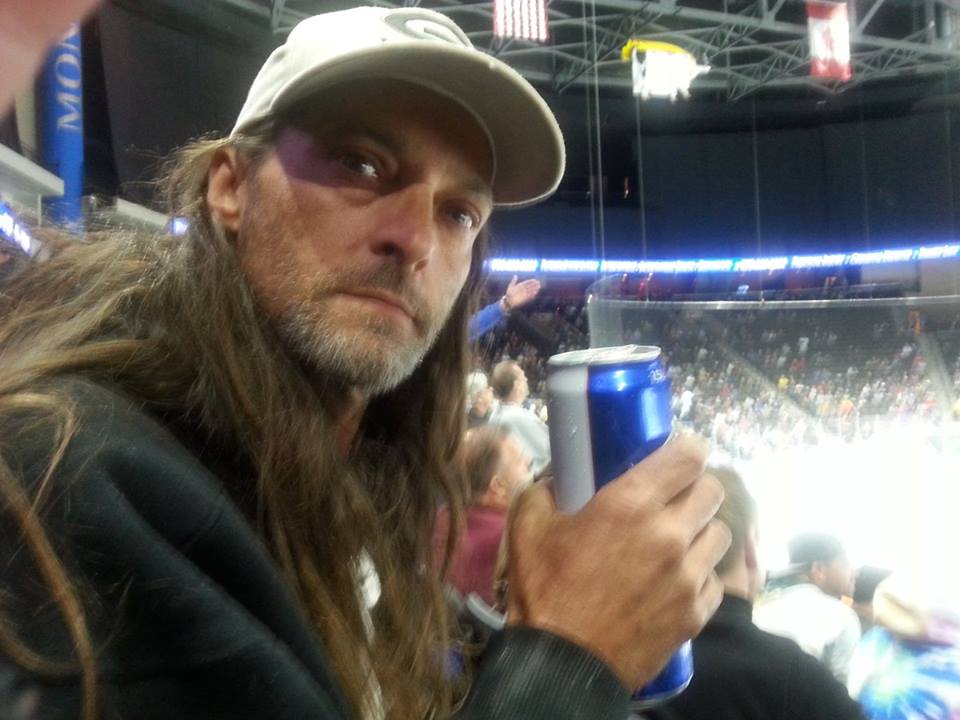 Me being amazed at the florida prison unis. 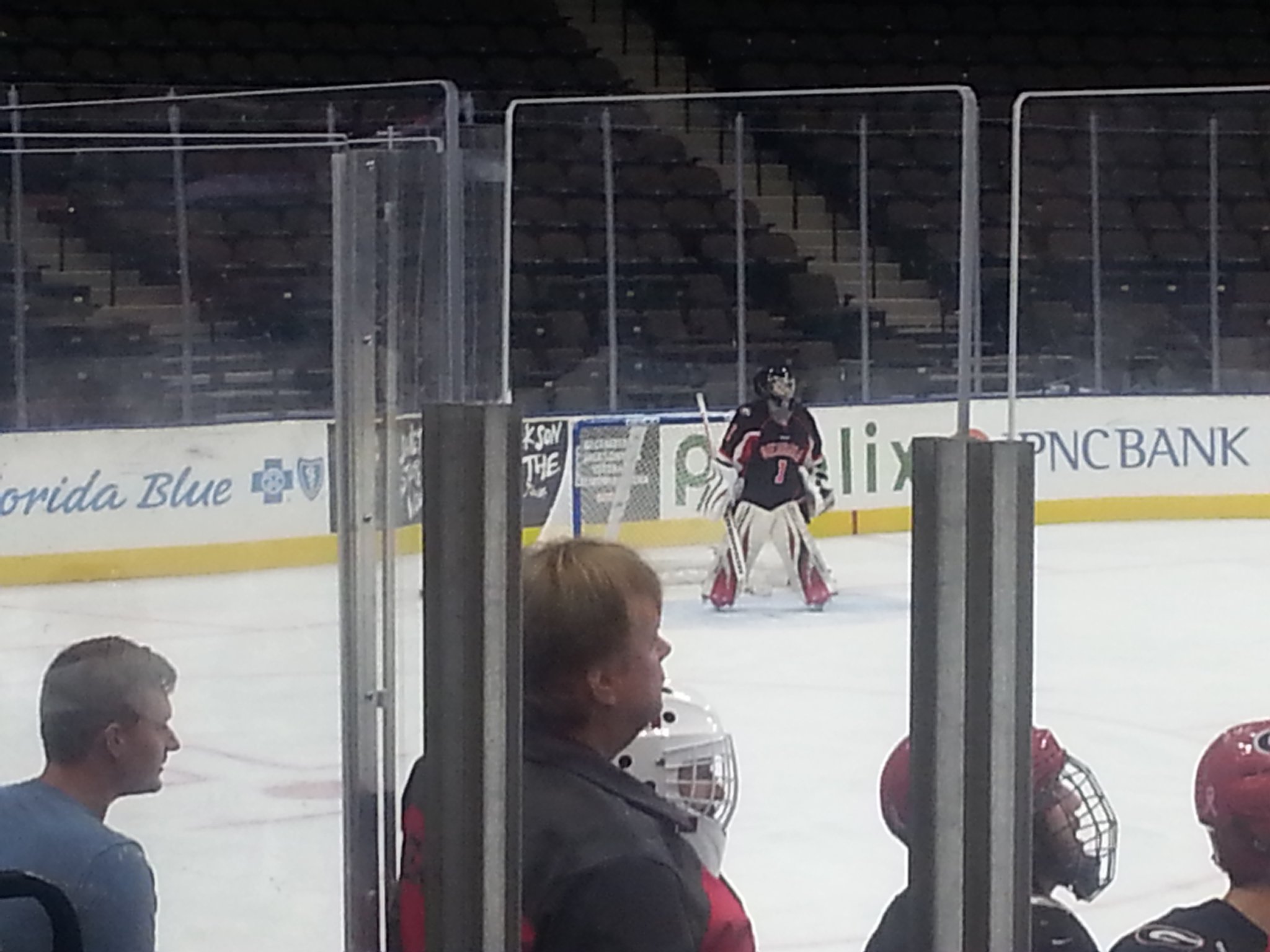 We beat them 9-4 that night with UGA's First Lady of Hockey #1 Emily Barber getting the start in goal and showing why she was there. I had a blast that night. 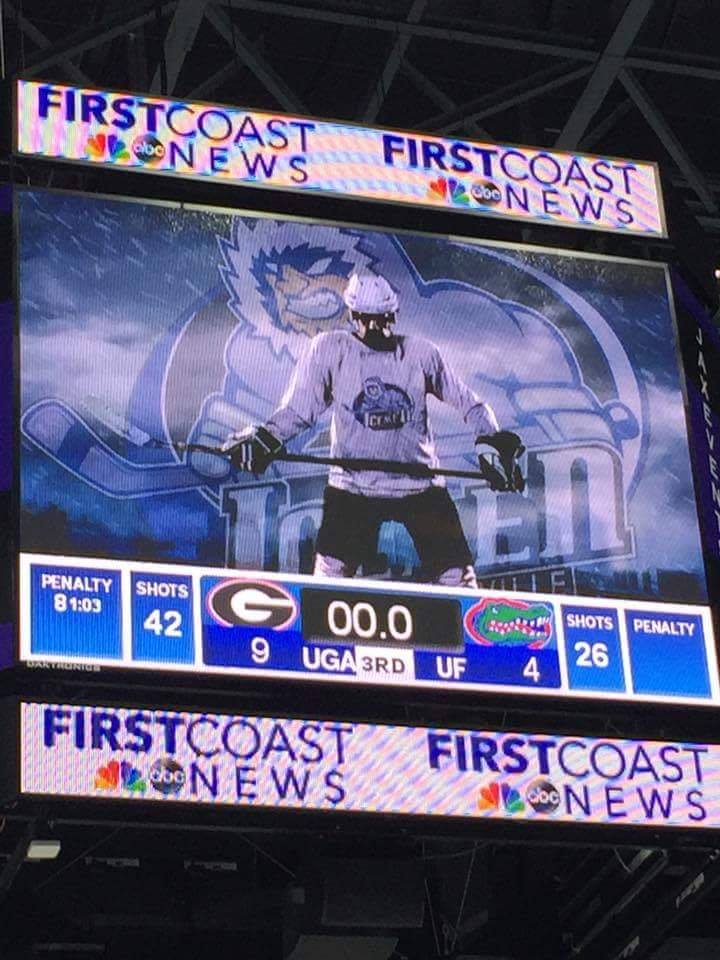 We have been on our home ice for the rest of the season to date with wins over Liberty 11-4, USCe (again) 9-7, Then Liberty again 10-4 ,Tennessee (We beat them by more scores at hockey than we did at football, 10-1,

Then we avenged our early season loss to KSU with a 7-4 victory before Clem's sons came to town to try us again. Spoiler, they got beat down. 10-2.

Then Auburn rolled into town to try their luck.They didn't have much.They lost by 10. 13-3 IceDawgs on Top.

In a scrimmage last weekend against @HockeySaves Our IceDawgs smoked them in an exhibition game, in preparation for this weekends upcoming Savannah Tire Hockey Classic. Informally known as the rumble at the rink we have fSU , GT, florida and your Back to Back SECHC champion University of Georgia IceDawgs in the Tourney for the Thrasher Cup. Your IceDawgs are the defending champs.. Its an odd format in that we play florida and Tech while they play us and fSU. In the event of a tie in the tournament the winner is whoever scores the most goals in the tournament.

This friday at 2030 the puck drops on the florida game with the Dawgs. Saturday at 2030 we get Tech. Imediately following our game will be the presentation of the Thrasher cup. You gotta know its coming back to Athens again this year.

Show up in Savannah, Show out, be loud.

Friday night tickets are 12 dollars in the mezzanine and 18 for loge tix.

Saturday its 14 and 18 respectively.

Come out and support student athletes who are repping the G on their own dime for the most part. They deserve it as much as all of the rest of our teams.

And as always from us here on the Red and Black Pearl, GO DAWGS in all of your endeavors.