So many choices, so few weeks of football. I thought long and hard on what to make for Week 1 of the College Football season. Sometimes, a simple classic will suffice. Let me save you the drama...if you cook a Boston Butt low and slow, you really can't screw it up. Instead, I am going to go over some of the subtleties I have nuanced over the last decade of cooking on the Big Green Egg.

Before we start, a little bit of history...I am going to cite Wiki here to insure that I have at least a nominal defense in the event I ever get sued. In pre-revolutionary New England and into the American Revolutionary War, some pork cuts (not those highly valued, or "high on the hog", like loin and ham) were packed into casks or barrels (also known as "butts") for storage and shipment. The way the hog shoulder was cut in the Boston area became known in other regions as "Boston butt".

Essentially, despite its northern name, there is really nothing to dislike about the Boston butt if you have aversion to anything above the Mason-Dixon line during football season...and let's be honest, the Big 10 has no redeeming qualities whatsoever. 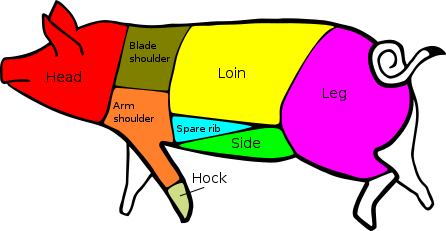 So, there is your history lesson. Now, you can get your Boston butt/pork shoulder/blade shoulder at any number of locations. Personally, I won't argue getting a fine ribeye at the local butcher, but the pork shoulder is a tough, fatty piece of meat that is going to cook for 12 to 18 hours. It doesn't matter where you get it (assuming it is actually a healthy piece of meat). If it isn't labeled by one of the above three names, do not get it. For example, do not get the crap called Picnic Basket for purposes of smoking a Boston Butt.

So What Do You Need? 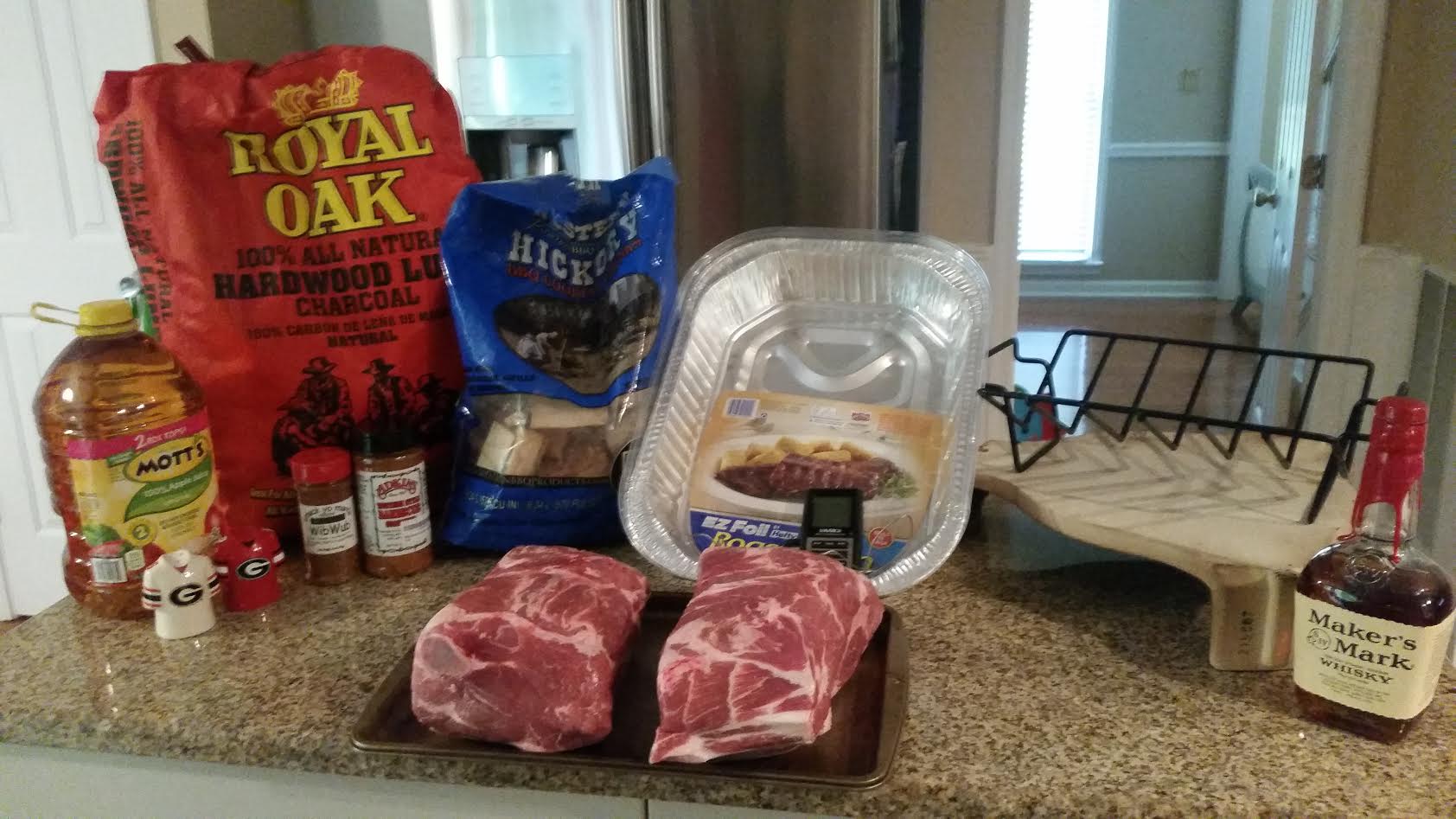 Let's start with the Maker's. Take your Maker's, pour it in a glass, and sip. Repeat as necessary. 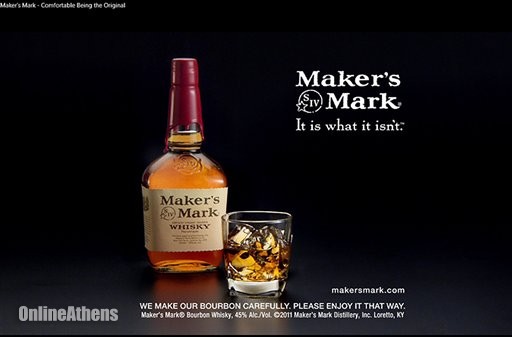 Apply whatever rub you use liberally to the butts. As it is an election year and if you are easily offended by any incarnation of liberal, progressively add your rub...okay wait, non-conservativally...shoot, apply a lot of it. Yes, a lot of it. Get it in all the crevices. Cover it with Saran Wrap/Cellophane/Plastic Wrap and refrigerate overnight. 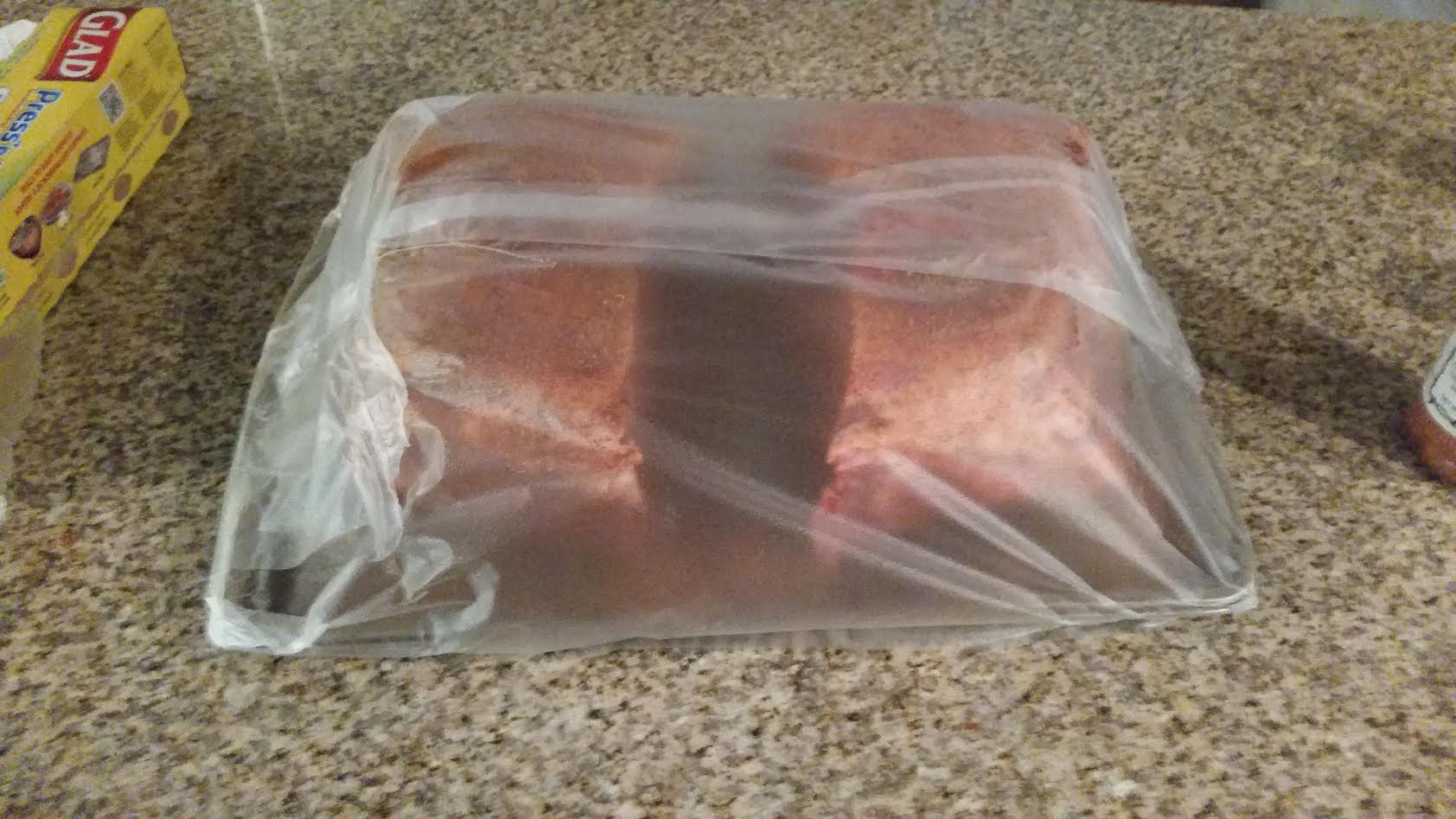 Also, take eight to 10 Hickory Chunks, put them in a gallon Zip-Lock bag, add as much water as you can with still being able to seal the bag, and let the chunks soak overnight (or at least for three-hours).

Let's Get This Party Started

Simplicity and subtlety at work. Fill the fire box as high as reasonable with the lump charcoal, interspersed with the soaked hickory chunks. Fun Fact: You have 90 minutes, tops, to have the hickory chunks make any real difference. You never need to add more the rest of the smoke/cook.

Get the dome temperature around 200 degrees. Personal opinion...you can go up to 235 degrees safely. I have seen absolutely no difference in cooking the Butts at 175 degrees or 235 degrees, besides the time taken. I do 200 degrees to give myself some cushion.

If you have a meat thermometer, add it now; otherwise, just check the internal temp after eight to 10 hours. 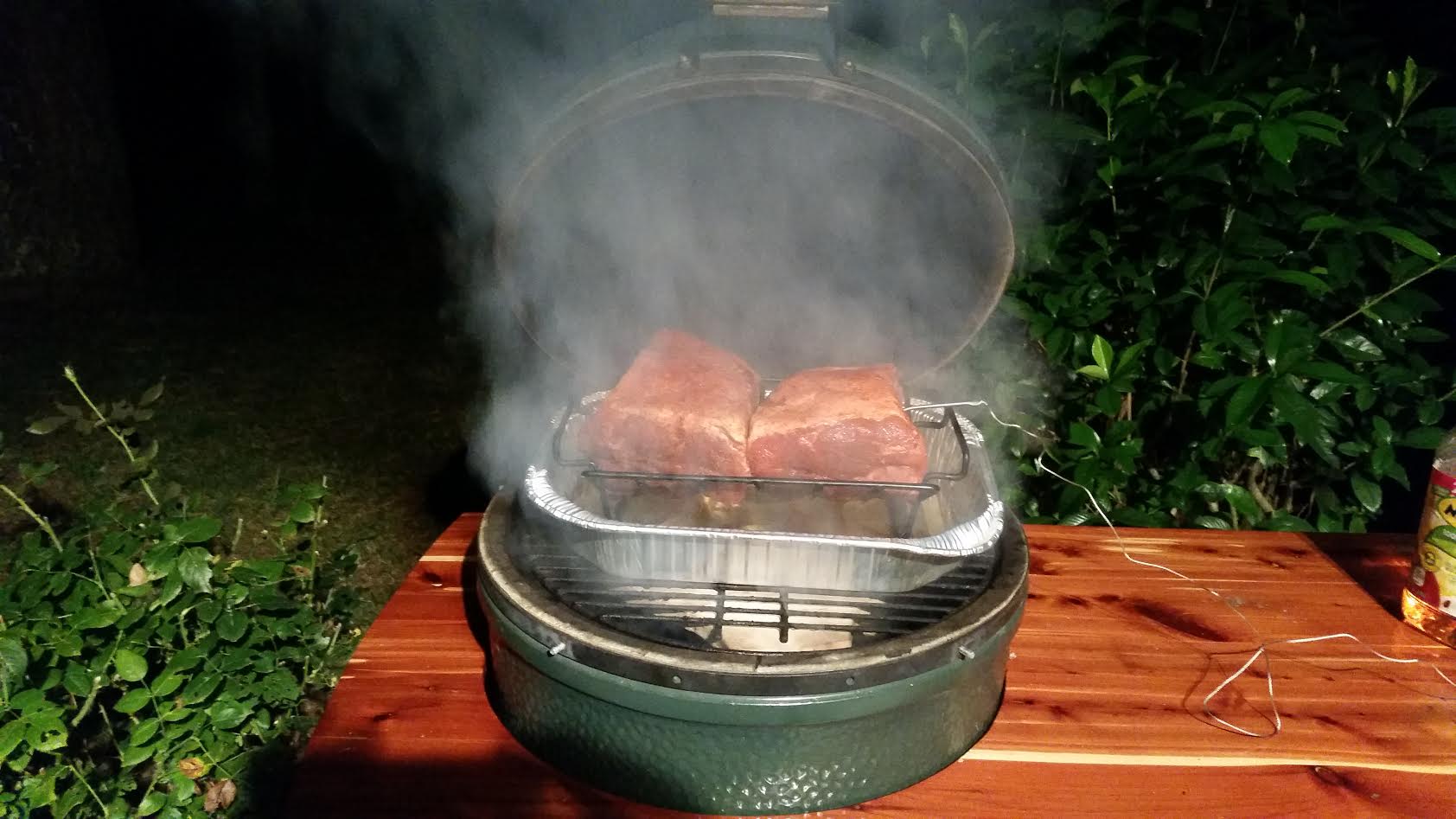 Depending what time the game is, you may need to put the Boston Butts on at midnight or even 4 am. I leave 2 1/2 hours per pound of Boston Butt. So, for two six-pounders, I gave it 15-hours on the BGE at 200 degrees. My internal temp was around 195 degrees. Your pork will be safe at 165 degrees and will be fantastic at that temp as well. Anything above that is simply making great a bit greater. Pull the pork, tent it with foil for one-hour, and then break apart with a fork for eating. 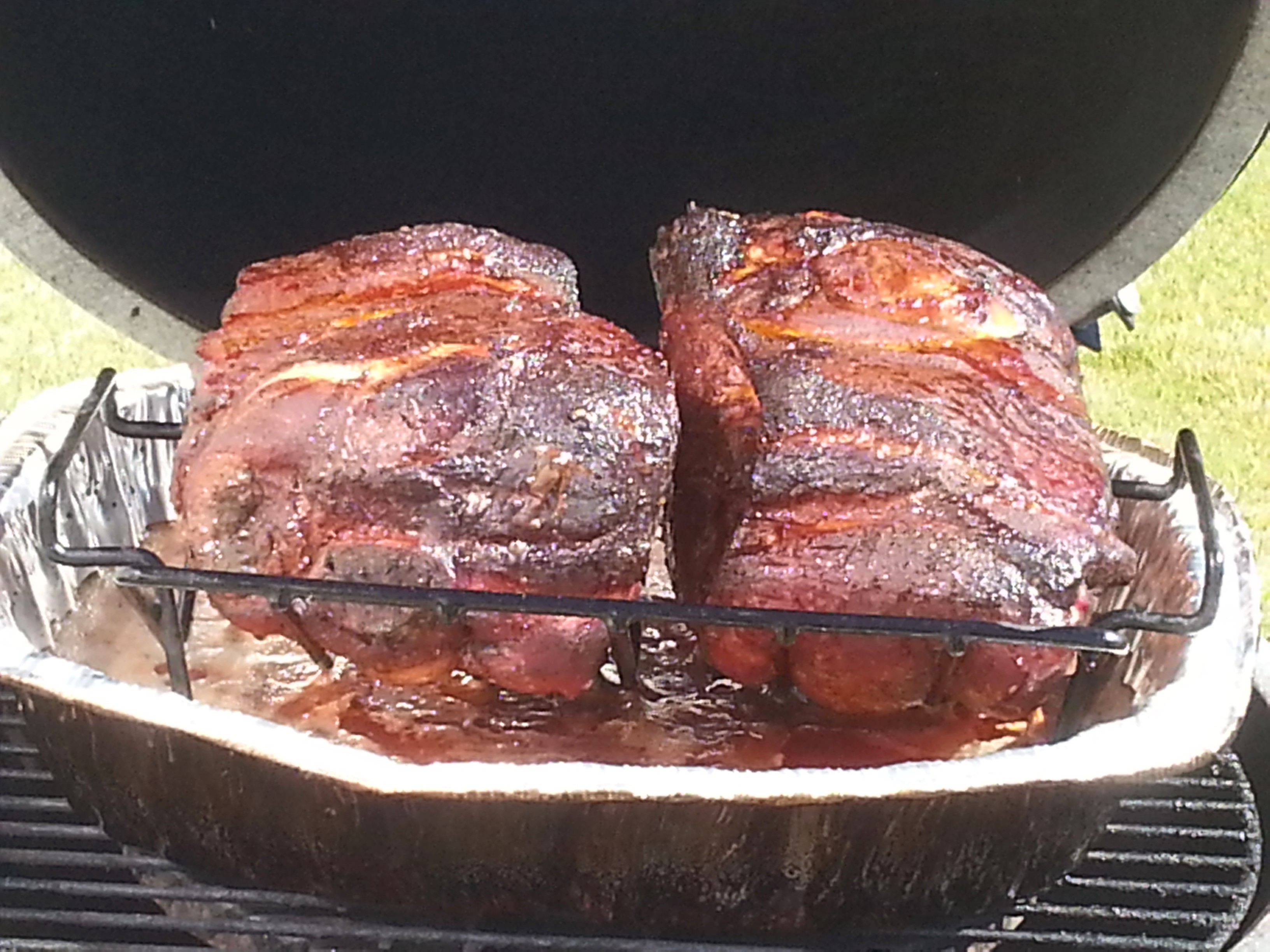 Please note, I was sorely disappointed with the Smack Yo Mama Wib Wub. I used it on a Beer Can Chicken and wasn't impressed. I had hoped, with such an amazing name, it would perform better with a 15-hour smoke. It didn't. The Adkins was very good. I will continue to test out new rubs, but Adkins will be my go to for the foreseeable future.

I'm biased, but let's just accept that my dad's BBQ sauce recipe is the best ever (rest in peace pops, miss you every day). It is a vinegar-base and is the cat's pajamas if you like vinegar-based sauces. Just make it on the stove-top in five-minutes: