Real life has had a way of keeping me from updating you on UGA alumni playing professional baseball this summer, but it has not kept me from doing my best to keep up with them all as the season has progressed. My apologies for the belated post, and I thank you for your patience. Before we get too deep into how the boys have been doing since my last update in May, I have some exciting news to share regarding the 2016 Georgia baseball team: Scott Stricklin signed the fourth-best class in the country! All three of the young men from Coach Stricklin's 2016 masterpiece of a class who were drafted in June opted to take their talents to the Classic City rather than climbing the ladder in rookie ball. I'm anything but a recruiting expert, but I assure you this is the kind of class that will make you want to get out to Foley Field as often as possible next season. Congratulations of Coach Stricklin and his staff for doing such a tremendous job locking up this incredible class!

The folks at georgiadogs.com did a fantastic job earlier this month of breaking down how the summer-league Dawgs have been doing, so I'll just share the link. Not that I'm at all surprised by this, but outfielder Stephen Wrenn has already been promoted by the Houston Astros to A-level Quad Cities. Keep it up, Stephen!

Dawgs in the Independent Leagues

The former Georgia hurler's summer has not gotten much better as he currently has an ERA of 11.5 with 11 strikeouts and 21 walks over 18 IP.

The Cook County native's hard work in the independent leagues this summer looks to have paid off as he was offered a rookie contract by the Arizona Diamondbacks. It's been tough going so far for Betts, who has racked up a 12,00 ERA with four strikeouts and a walk in only three innings of work for the Osprey.

Dawgs in A- (Short-Season) Ball

Struggling at A Augusta earlier this season, Bowers was demoted to A- Salem-Keizer, where he is currently hitting .224 with three RBI.

Hicks has had a rough summer, racking up an ERA of over 18 which led the Tigers to release him in late July. Here's to hoping he can get his mojo back and catch on with another club. Good luck, Taylor!

The Yankees deemed Sosebee not quite ready for A Charleston this summer, so lately he's been honing his craft at A- Staten Island where he boasts a 1.54 ERA and impressive control (21 strikeouts to only eight walks). I wouldn't be shocked to see the former Georgia star pitching in Charleston again soon.

After struggling at A Jupiter, the Miami Marlins demoted Cecil Tanner to A- Batavia. Now donning the uniform of the Muckdogs, Tanner hasn't fared much better, posting an ERA of 13.50 with three strike outs and eight walks over only 3.1 IP in two games out of the Batavia bullpen. That's good for a WHIP of 2.70. Here's to hoping Cecil gets the magic back in Batavia soon!

After blowing away batters at A- Eugene, Jared Cheek was promoted to A South Bend by the Chicago Cubs this summer. He currently boasts a 3.18 ERA with five strikeouts and no walks over 5.2 innings of work out of the South Bend bullpen.

The other Jared in A ball has gotten into a decent groove up in Iowa this summer. The Bees' first baseman is hitting .279 with two home runs and 24 RBI.

After an initial steep rise through the minor-league ranks, Lawlor seems to have met his match at A+ Carolina in the Atlanta organization. Over 32 IP, (six starts, two appearances out of the bullpen) he has a 4.50 ERA with 26 strikeouts and 21 walks.

Ryan Lawlor's teammate has been getting it done in the Carolina bullpen. Over 53 IP, McLaughlin boasts an impressive 1.87 ERA with 40 strikeouts and 22 walks.

Curt Powell might have closed the book on his professional career, as he hit the Voluntary Retired List after only six games for A+ Lakeland this season. He was hitting only 1.82 with two RBI at the time of the decision in late April.

Still rocking the uniform of the menacing Flying Squirrels, the former Georgia outfielder is hitting .270 with 12 home runs and 50 RBI. Cole also looks to have solidified the right field position for the AA affiliate of the San Francisco Giants with a respectable .968 fielding percentage.

Unfortunately, Zach Cone hasn't seen much of the field this season due to nagging injuries. In only 36 games and 125 at bats, the Ranger farmhand is hitting .208 with 26 RBI and five home runs. Cone has been sidelined since early June, so join me in wishing him well as he attempts to come back and contribute at AA Frisco.

The versatile defender Kyle Farmer has been spending most of his time catching for Tulsa this season (38 starts behind the plate with only 12 at 3B) and has been productive at the plate. Through 54 games played, Farmer is hitting .287 with four home runs and four home runs. His fielding percentage is .991 at catcher, so the Dodgers organization might be onto something here.

After a nine-game flirtation with the AAA level, versatile infielder Levi Hyams finds himself back at AA Mississippi. His performance at the plate won't garner much attention (.234 with 25 RBI and five home runs), but he is a solid defender, posting fielding percentages of .982 at 1B and a perfect 1.00 at 2B.

Nelson Ward is currently hitting .230 with five home runs and 23 RBIs for the San Antonio Missions, the AA affiliate of the San Diego Padres. He has manned the short stop position in 94 games so far this season and looks to be getting comfortable there.

Injuries are an unfortunate part of every sport and can completely sidetrack even the finest of athletes. Jeff Walters, once among the brightest stars in the New York Mets organization, has struggled since coming back from Tommy John surgery. Perhaps there are better days ahead as the reliever has lowered his ERA from 7.29 to 6.32 since late July and has fanned 42 batters (walking 26) over 52.2 IP on the season. Continue to wish Jeff well as he gets his stuff back and makes a push to crack the New York pitching staff.

Dawgs in the Majors 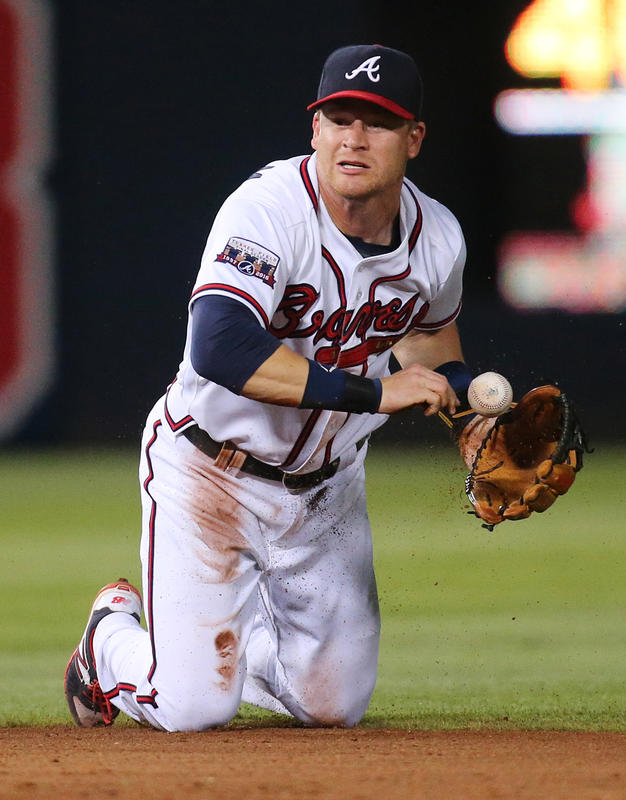 After an injury-plagued couple of seasons, the former UGA megastar seemed to have found his groove for the hometown Atlanta Braves. However, that darn second stint on the DL seems to have taken its toll on Gordon Beckham, who returned to the Braves lineup in early July. Beckham performed very well against his former team as the Braves took three of four from the Chicago White Sox right before the All Star break, hitting .290 when the Braves left the South Side. Although he continues to play well in the field, Beckham is now hitting just .226 (.105 in the month of August so far) with 23 RBI and four home runs on the season. My hope is that this is just a minor slump and that Gordon can get back to enjoying that renaissance he was experiencing earlier this summer. With Jace Peterson hitting so well and playing solid defense for the Braves all of a sudden, the road back to glory won't be an easy one. 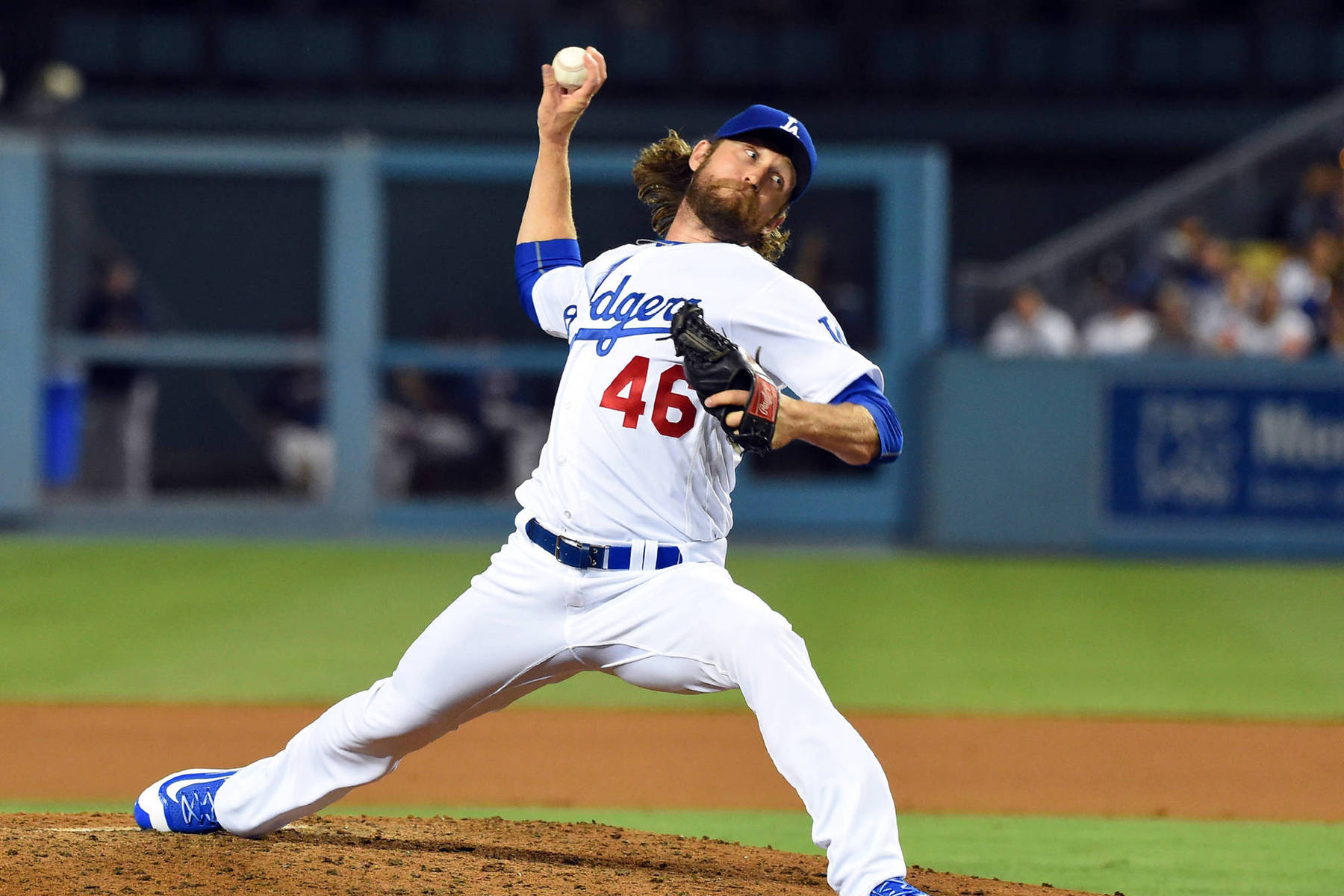 The trade deadline on 1 August brought a fresh start for Josh Fields, who was traded from the Houston Astros to the Los Angeles Dodgers for infield prospect Yordan Alvarez. As you read earlier this summer, Fields had been struggling a bit for Houston and had even been demoted to AAA to get some fundamentals figured out. He responded well to the demotion and has been on an absolute tear with the Dodgers since pitching his first game for them on 3 August. As a Dodger, Fields has an ERA of 0.00 with five strike outs and one walk over four innings of work. Control has been one of his strengths, so this rebirth on the West Coast is no fluke. Personally, I think Josh was just happy to shed that ugly orange and blue Houston uniform. 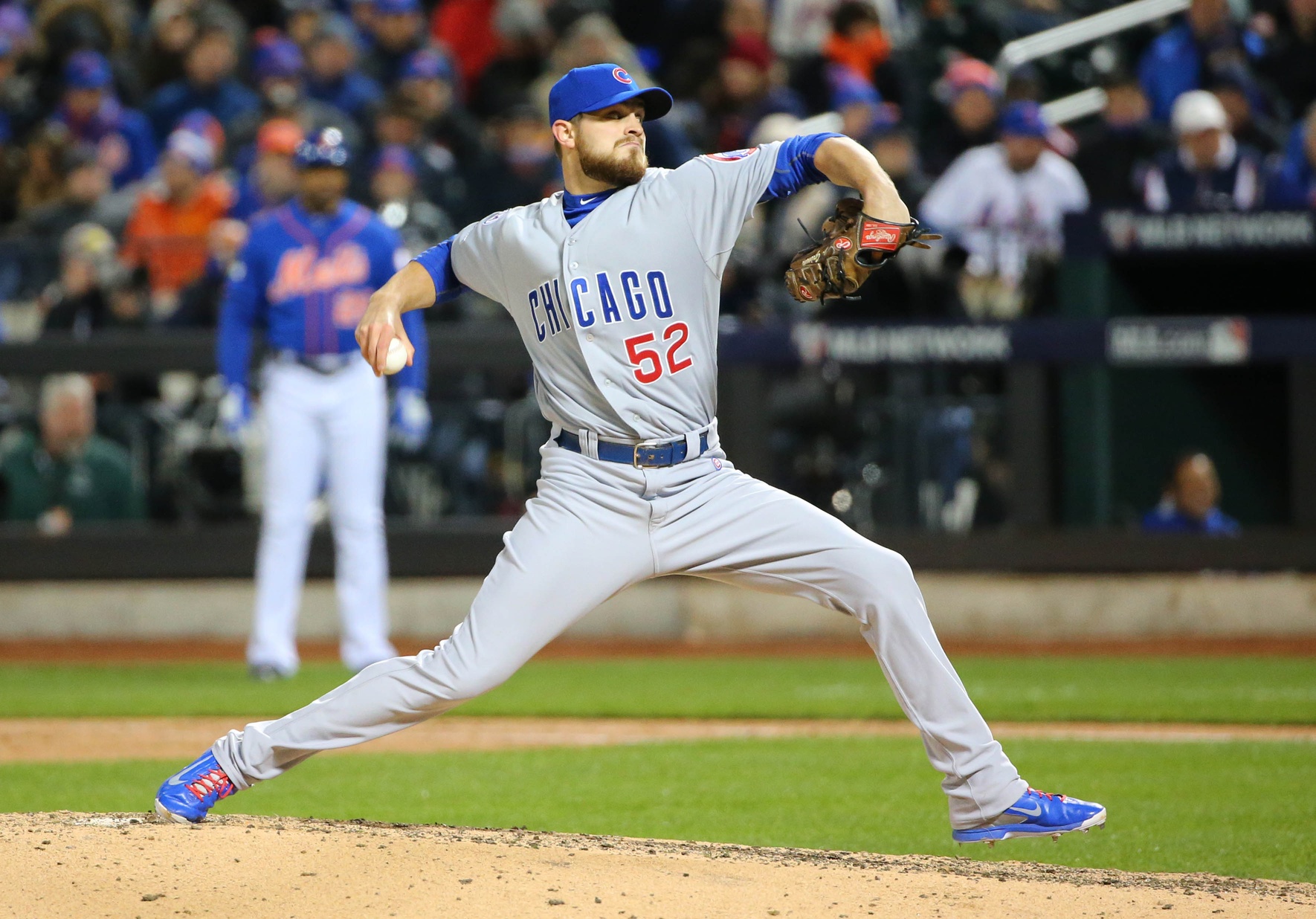 The power of perseverance is an amazing thing. Once an overwhelming strength of a mighty Cub bullpen, Justin Grimm hit some rough waters earlier this summer. After being sent down to AAA Iowa on two occasions, Grimm has returned to Chicago with a vengeance. He has not allowed a run in his past 13 appearances at both the AAA- and major-league level, including a scoreless 1.1 innings pitched against rival St. Louis just yesterday. The native of Bristol, Tennessee, has made his hometown and the UGA fan base proud with his resurgence at the big-league level. Let Justin himself tell you about the bullpen situation on the North Side and what he expects from himself here. 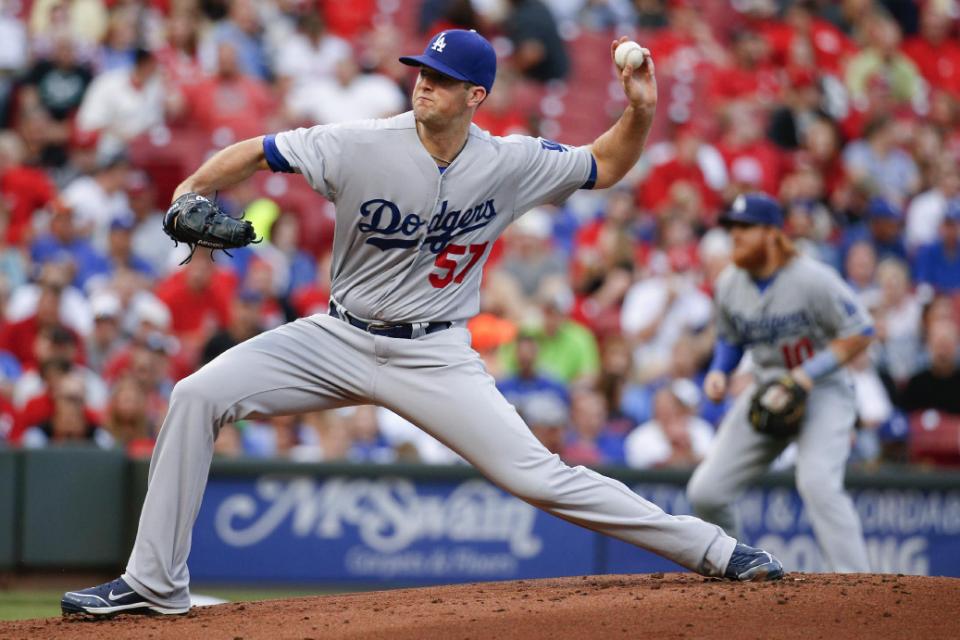 Alex Wood has been out of action with a nasty elbow injury since 30 May. He had some work done on the elbow and has been estimated to return to action in mid-September. This is a true shame as Wood had really been coming into his own as a starter for the Dodgers, boasting an impressive 2.31 ERA and 1.07 WHIP before hitting the DL on the last day of May. The Dodgers, who despite dealing with multiple devastating blows to their pitching staff all season, are eyeing a playoff run and plan to use Wood as a reliever when he comes back. This will allow him to ease back into form and be ready to take the ball for LA in the playoffs as a starter if all goes according to plan. Here's wishing Alex a full recovery and speedy return back to form!

Even though baseball won't be an Olympic sport again until 2020, allow me to congratulate the Dawgs representing our great nation in Rio this summer in all sports. Last I read, if the University of Georgia were a country, we'd be ranked #9 in the world. Way to go, Dawgs!