With my deepest of apologies for the belated update, here's a not-so-quick look at how former Diamond Dogs performed at various levels of professional baseball in the month of May.

Dawgs in the Independent Leagues

After spending some time in rookie ball in the Pittsburgh Pirates organization, Palmer Betts finds himself in the independent leagues. Through three games and 17.1 innings pitched, Betts has a 3.63 ERA with 17 strikeouts and 11 walks.

Luke Crumley has gotten off to a rough start up in Illinois as he currently has an ERA of 7.27 with 10 strikeouts to 17 walks over 17.1 innings pitched in five appearances for the Slammers.

Zack Bowers saw no action in May.

The future New York Yankee hurler made his first four appearances of the 2016 season this past month at A Charleston, a promotion from rookie ball, where he ended last season. Sosebee has a 2.84 ERA over 6.1 innings pitched out of the RiverDog bullpen.

Jared Walsh hit well in May, bringing his average up to .259 and finishing the month with six RBI.

Over six games and 29 innings pitched for the pitching-rich Atlanta Braves organization, Ryan Lawlor finds himself with a 4.66 ERA with 24 strikeouts and 18 walks for the A+ Carolina Mudcats.

Sean McLaughlin is thriving out of the bullpen for the aforementioned Mudcats. He currently has a 1.42 ERA with 21 strikeouts and 11 walks over 15 games and 25.1 innings pitched.

The promotion from A ball has not been going so well for Taylor Hicks so far. He currently has an ERA of 11.57 with two strikeouts and one walk. He also surrendered two home runs over only 2.1 innings pitched in one rough game.

Our favorite Flying Tiger did not see any action in May.

Like Curt Powell, Cecil Tanner spent May out of action.

The month of May was a very good one for Hunter Cole, who is now hitting .229 with 17 RBI and two home runs.

Zach Cone's batting average took a bit of a dip down to .219 in May, but he now has 26 RBI and five home runs to his credit.

The future LA Dodgers backstop (or third baseman) saw his average go up a bit to .296 in May. He also now has 18 RBI and three home runs heading into June.

Nelson Ward had a subpar May at the plate, but he more than doubled his home run total from April. He closes the books on May now hitting .218 with nine RBI and three home runs.

May was kind to Levi Hyams as he was promoted from AA Mississippi toward the end of the month. In only five games at AAA Gwinnett, Hyams is hitting .182 and is yet to drive in a run.

One of the former gems of the Mets farm system struggled this past month as he continues to recover from surgery. Jeff Walters closes the month of May with a 9.27 ERA over 22.1 IP in 23 appearances out of the 51 bullpen.

Dawgs in the Majors 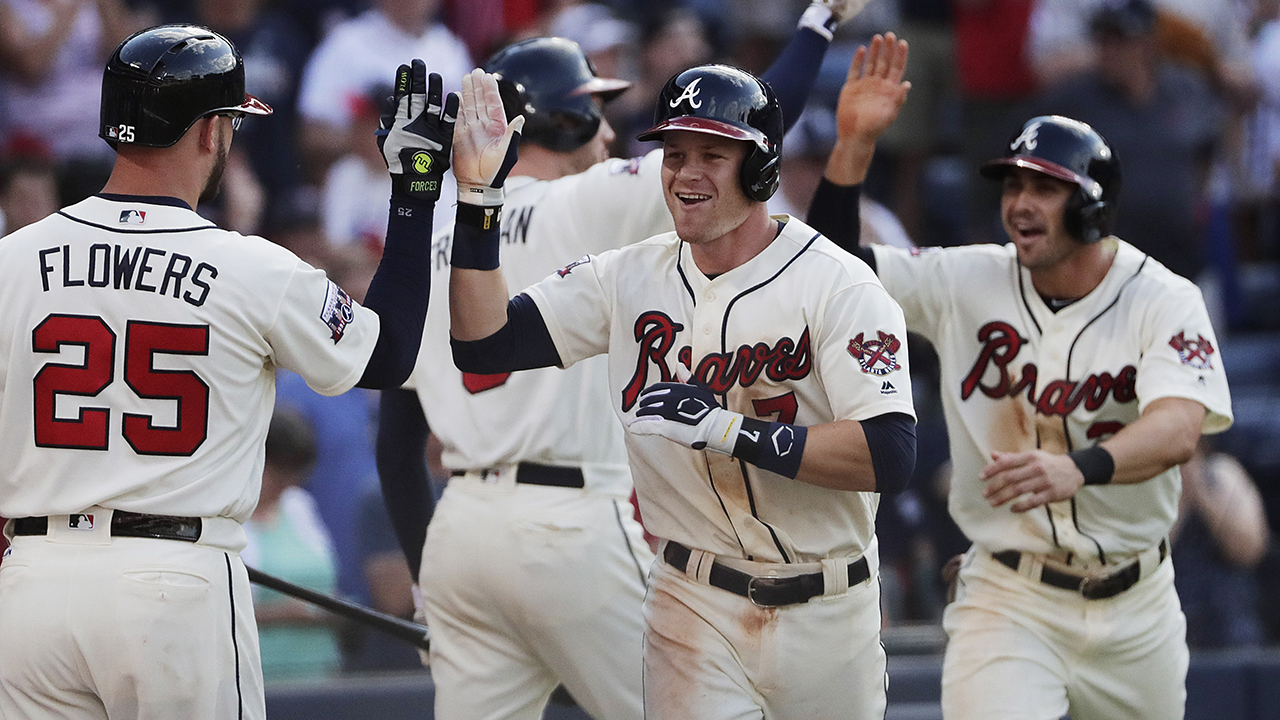 Carrying on the long tradition of snake-bit former (and current) standout Georgia athletes, Gordon Beckham, who has been enjoying a renaissance for the Braves this year, finds himself back on the 15-day DL at the end of May with yet another strained hamstring, the same injury he suffered toward the end of April. In the words of the late, great Yogi Berra, it's déjà vu all over again for Beckham, who was hitting a productive .284 with two home runs and 16 RBI and playing some decent defense all over the infield for the Braves before suffering what had to be his 100th MLB setback by this point. Godspeed, Gordon! 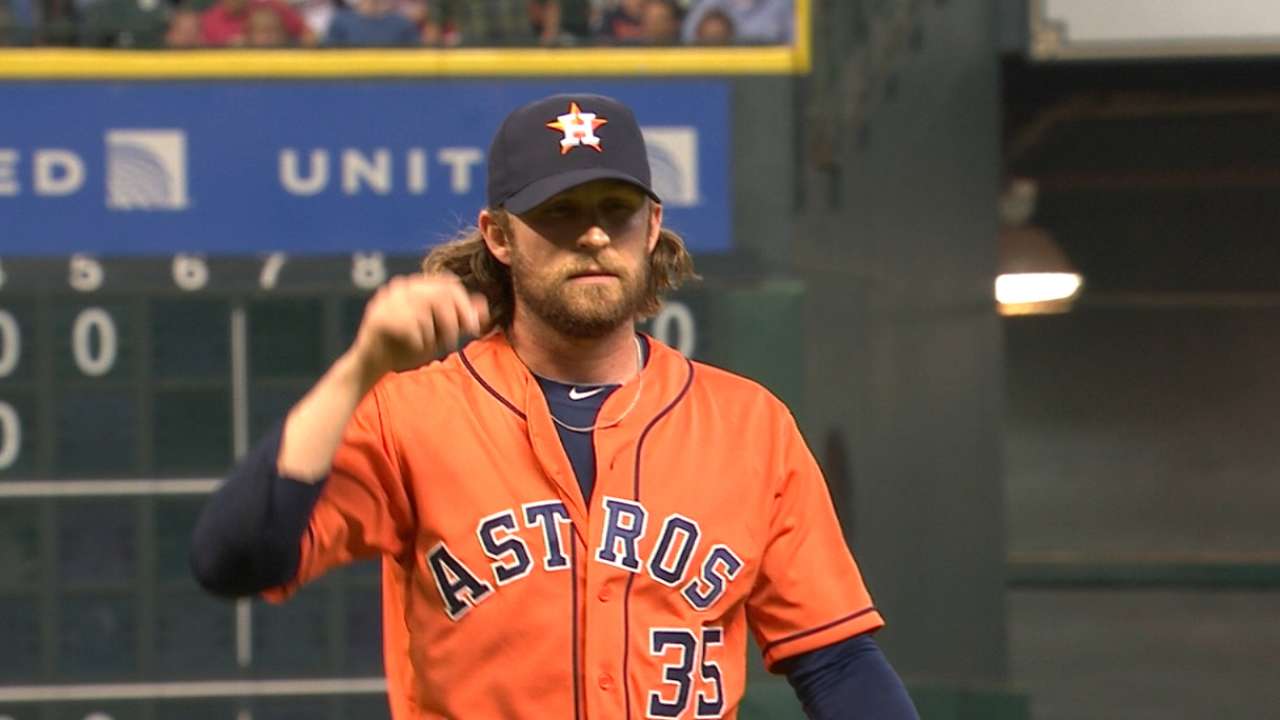 If you need a bit of a feel-good story after reading about the latest disappointing setback in the saga of Gordon Beckham, this might help a little. As you might recall from last month, Houston reliever Josh Fields got off to a rough start this season. After spending some time at AAA Fresno in May, Fields is slowly getting back into a groove. In 15 games (15.2 IP) for the big-league club, he has an ERA of 6.89 with 20 strikeouts and three walks. Yes, his ERA is still pretty high, but consider that it was at 7.71 at the end of April and that he issued only one walk in the month of May. That's what I call big-league control! One thing to keep an eye on is this- Fields was hit in the knee by a comebacker on the 19th, but it doesn't seem to have had too much of a negative effect on him to this point. Fans, keep your fingers crossed. Josh, keep up the good work! 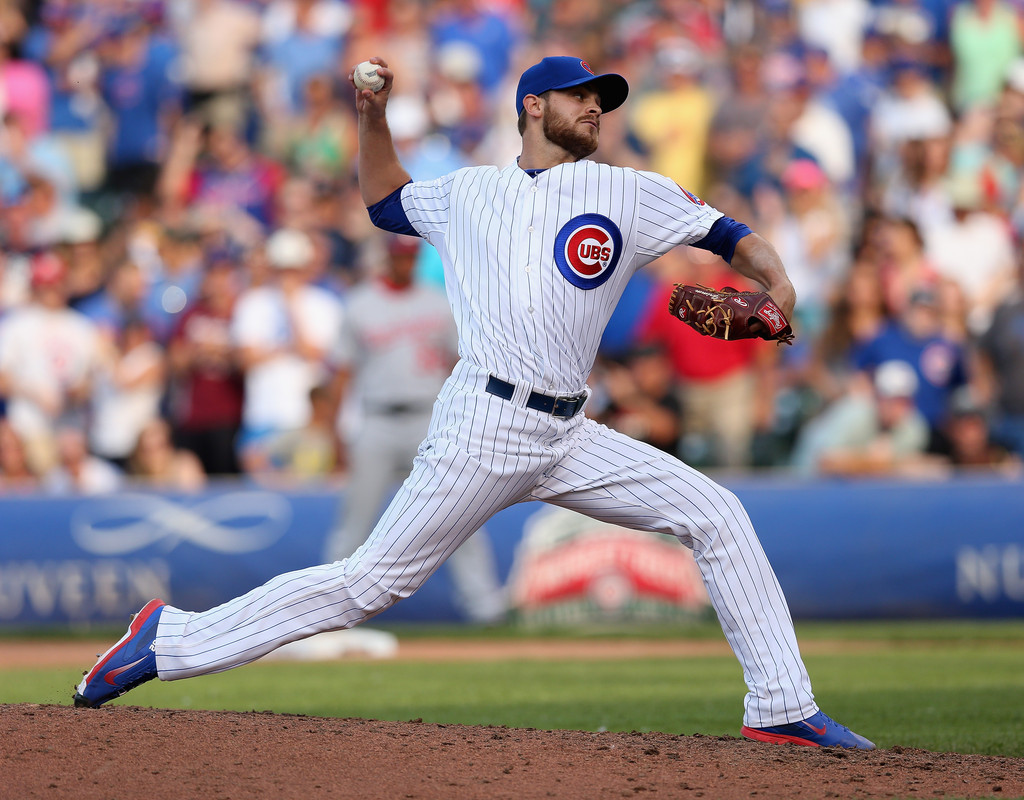 May was not the best month for the normally rock-solid Justin Grimm, but it wasn't a nightmare either. As of today, he has a 4.79 ERA with 23 strikeouts and six walks in 25 appearances (20.2 IP) for the Cubs. One thing I did fail to mention last month (and my apologies for that) is that Justin Grimm got married to former Gym Dog and Naperville, Illinois, native Gina Nuccio in the offseason. Belated congratulations, Gina and Justin! Atlanta-area Dawg fans will have a chance to see Justin Grimm pitch in person this weekend as the Cubs arrive in Atlanta on Friday for a weekend series against the Braves. 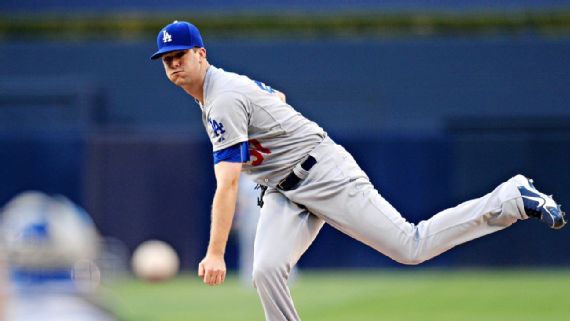 Alex Wood had a pretty good month, lowering his ERA to 3.99 over 10 appearances (56.1 IP) so far this season. He has 62 strikeouts and 19 walks for the Dodgers, who are playing some pretty good baseball right now. Like Gordon Beckham, Wood also closes the month of May on the DL, but he is dealing with elbow soreness. Best wishes, Alex, for a speedy recovery and return to form in LA!

Keep an eye on the 2016 MLB Draft, which will be held from the 9th to the 11th of this month. I'll be sure to keep you posted when all Dawgs' names are off the board.

editor's note: SP Robert Tyler should be among the first or second round picks.