With the month of June in the books, it's about time for an update on how Diamond Dog alumni are performing at various levels of professional baseball. As I did last month, I will defer to the quality folks at georgiadogs.com for an update on the guys currently playing in the minors.

You'll notice some new names playing in the lower levels of professional baseball. That's because some of the recently-drafted Dawgs are already being put to work for their new clubs. In case you missed my update on the draft earlier this month, here's some more shameless self promotion!

I'd like to draw your attention to the bad and the good from the article:

The Bad: After a string of poor outings at AAA Gwinnett, the Atlanta Braves were forced to cut Mitchell Boggs on June 7. The former Diamond Dog star had a 6.08 ERA over 13.1 innings of work at the highest level of the minor leagues. Ever since leaving the Cardinals, the team for which he played from 2008 to 2013, Boggs has pitched for the Colorado Rockies and for minor league affiliates of the Chicago White Sox, San Francisco Giants, Boston Red Sox and Atlanta Braves. Please join me in wishing Mitchell Boggs well as he plans the next phase of his career, be it as a pitcher, a coach or whatever else is on his heart.

The Good: In a strange departure for a Georgia fan, there is actually more good than bad this month.

The rookie Dawgs are mostly performing well for their clubs in limited action. Let's hope they get some confidence going that will propel them to the Major Leagues over the next few years.

Former Georgia pitcher Taylor Hicks, having played only one game in rookie ball, has already been promoted to the A level in the Detroit Tigers organization. Keep an eye on Taylor as he continues to impress the Tigers' brass.

Oh yeah, and future Los Angeles Dodgers star Kyle Farmer (I'm calling that now) will be on national TV pretty soon as one of two catchers for the U.S. team in the All-Star Futures Game. The Tulsa Drillers (AA affiliate of the Dodgers) standout's skills will be on display on July 12th at Great American Ball Park in Cincinnati. Tune in and cheer Kyle on as he shows the baseball world what he's got! 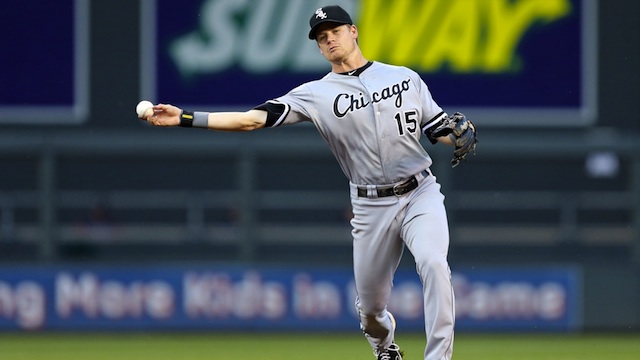 Beckham took a step in the wrong direction at the plate in June, closing out the month hitting only .210 with 14 walks, four home runs and 16 RBI. Chicago's versatile utility infielder has seen action in 54 games at 3B, five games at 2B and four games at SS, playing decent defense and racking up a WAR of 0.2. That's up from 0.0 at the end of the 2014 season. Progress is progress, right? 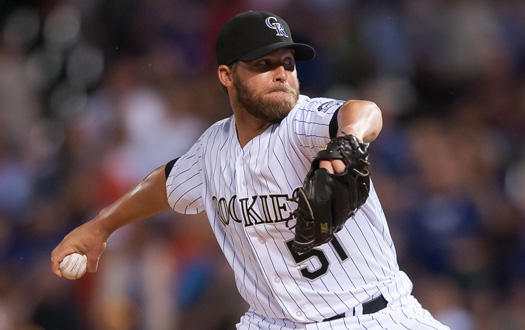 Brooks Brown opens up July back on the 15-day DL, still battling the shoulder inflammation that has been plaguing him for most of the season. Until he was shelved on June 18, the Colorado reliever had worked his ERA down to 3.86 (down from 4.5 the previous month) with 15 strikeouts and 11 walks on the season. With proper rest and rehab, don't expect a drop-off when the fireballer returns to action later this month. 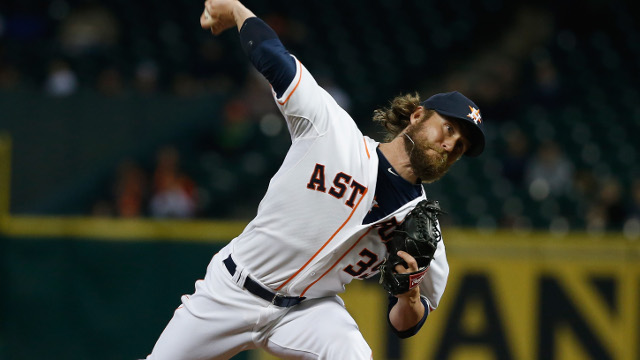 Josh Fields's Astros are still playing good ball this season, currently holding a four-game lead over the Angels in the AL West and riding a three-game winning streak. The Astros reliever currently boasts a 1.85 ERA with 36 strikeouts and only nine walks. Fields is currently being discussed as a potential candidate for Houston's new closer. With stuff like that, it's hard to argue against him. 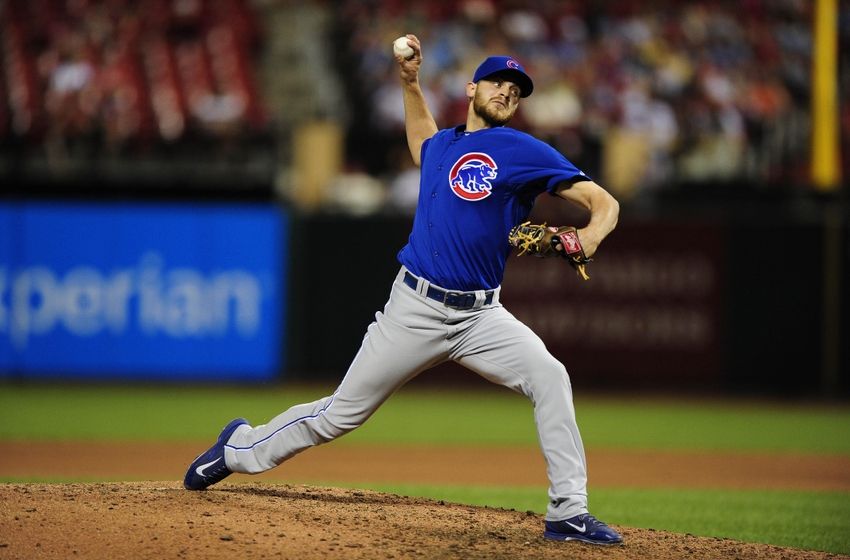 Now injury free, Justin Grimm is having a great year, boasting almost identical numbers to Josh Fields. His ERA is a little lower (1.45), but his strikeout:walk ratio is just a little less remarkable (30 strikeouts and nine walks). The Bristol, Tennessee, native has been outstanding for the Cubs, whose bullpen boasted a 1.45 ERA from late May to late June, the best mark in the Majors. 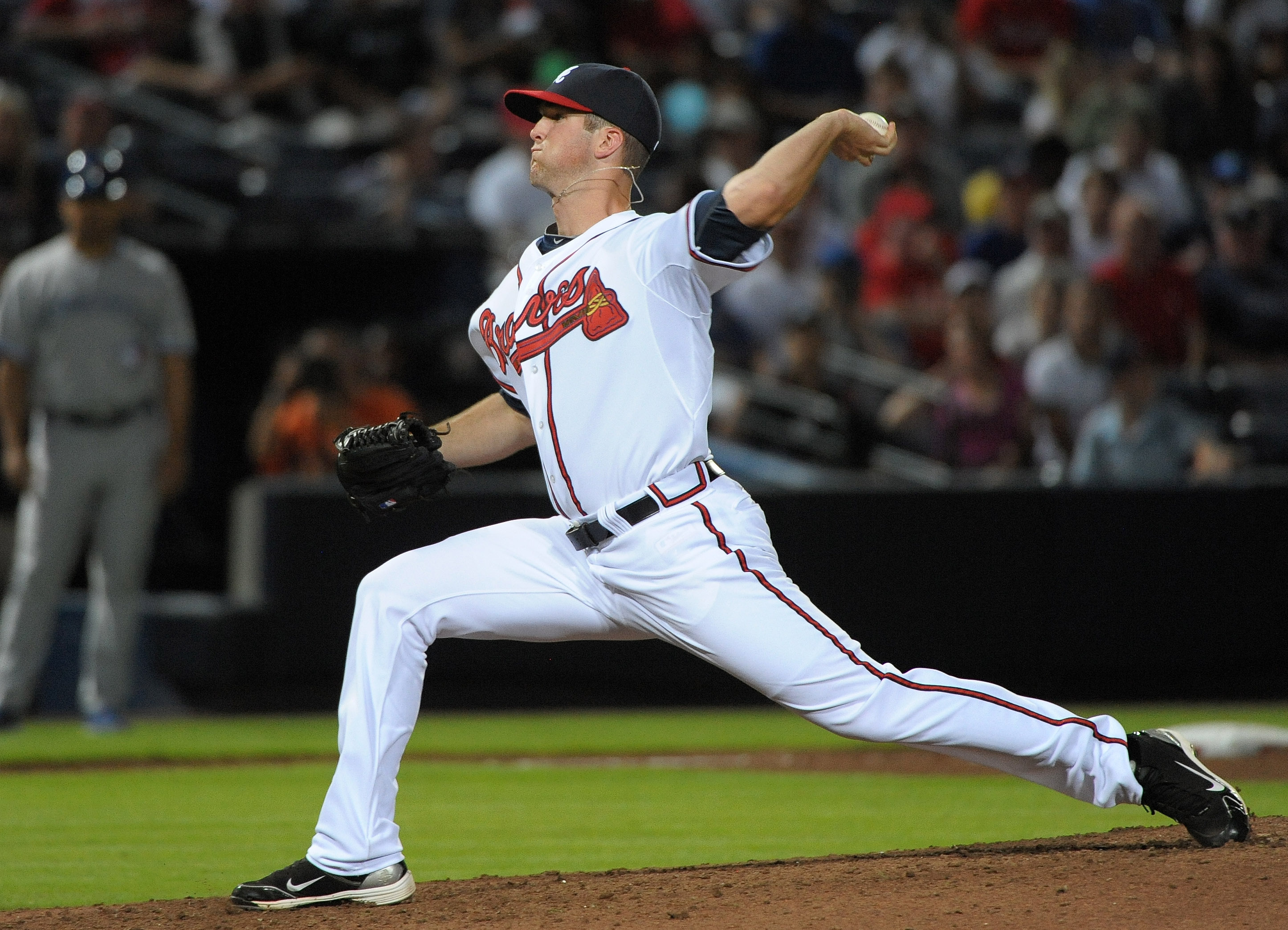 The Atlanta Braves had a roller coaster of a month in June, but lefty starter Alex Wood was the least of their worries. His last start of the month was particularly masterful: a 2-1 win at Pittsburgh where Wood struck out eight Pirates, allowing only five hits with no runs or walks over 7.1 spellbinding innings. Wood closes out June with a 3.17 ERA over 93.2 innings pitched with 70 strikeouts (32 in June alone!) and 26 walks.