He was drafted by the Braves. Thankfully, he's choosing another ball to hold. - Jonathan Dyer-USA TODAY Sports

The 2015 Major League Baseball draft wrapped up earlier this month, and seven Diamond Dogs found themselves selected. This matches the previous high from 2011, when seven Georgia players heard their names called from big league front offices. The Georgia baseball program is no stranger to professional ball. This is the 42nd consecutive season in which UGA's baseball program has had at least one player sign a professional contract. An impressive total of 37 Diamond Dog alumni have reached the Major Leagues. 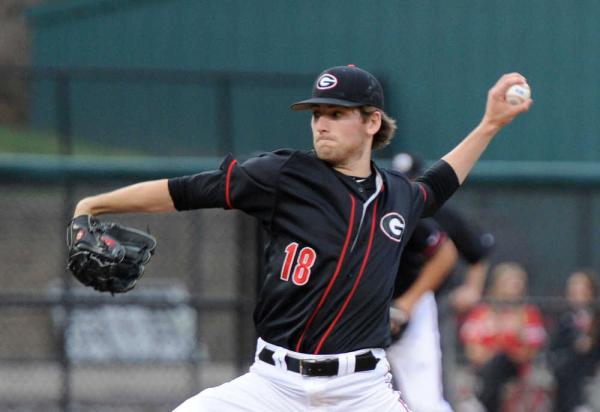 As a junior in 2015, the starting pitcher from Savannah posted a 5-7 record with an ERA of 3.67 for the Dawgs. He started all 14 games in which he appeared, pitching 73.2 innings with 84 strikeouts. Both of these were team highs. Lawlor showed strong command in 2015 with only 33 walks. The starting-pitching-rich Braves seem to have gotten richer, signing Lawlor on Monday. 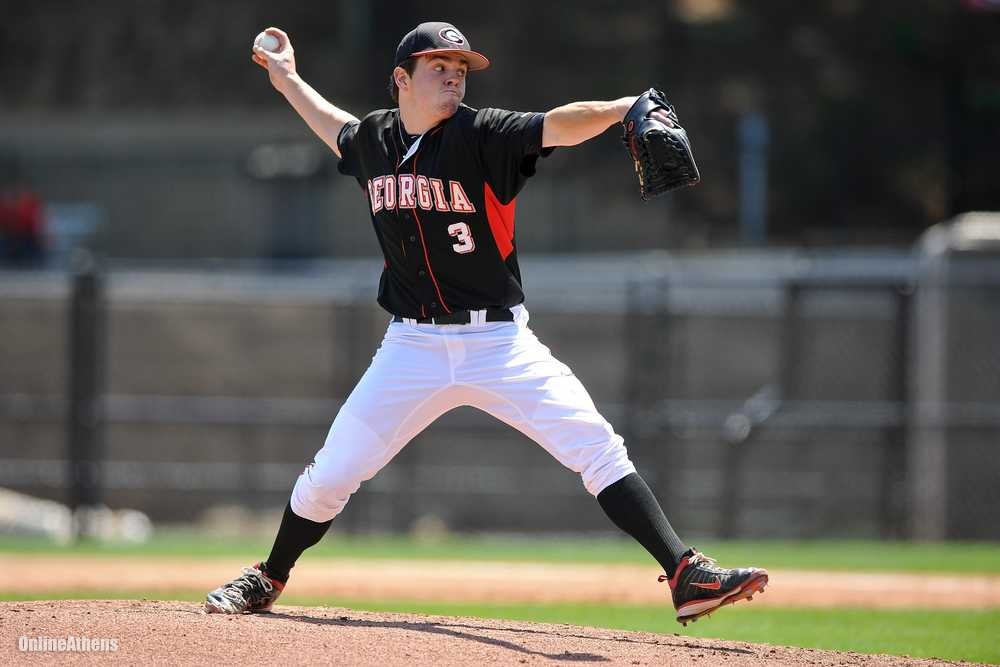 Clearly the Braves are enjoying having former Diamond Dog Alex Wood on the big league roster. The next Georgia player drafted was Sean McLaughlin, also landing with Atlanta. The Johns Creek native went 4-5 with a 4.67 ERA over 15 appearance (nine starts) in 2015, his junior season. He pitched 71.1 innings, fanning 57 batters and walking 31. Although Sean stuck to the mound in 2015, he picked up a bat a few times in his Georgia career, hitting .240 with 10 RBI over 120 at bats. Expect to see McLaughlin at Sun Trust Park one of these days, Braves fans. 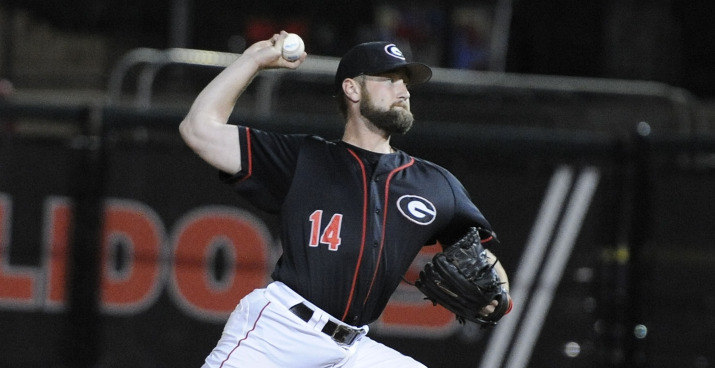 It wasn't just the Atlanta Braves scooping up Diamond Dogs in the draft. In the 21st round, the Chicago Cubs selected Jared Cheek, a senior reliever who led Georgia with 24 appearances out of the bullpen in 2015. The native Athenian finished the year with an ERA of 2.64 over 34.2 innings pitched and saved six games for Coach Stricklin's squad, striking out 31 and walking 16. Cheek allowed a run in only four of his 24 appearances. He is already packing his bags for the Windy City, having signed with the Cubs last week. 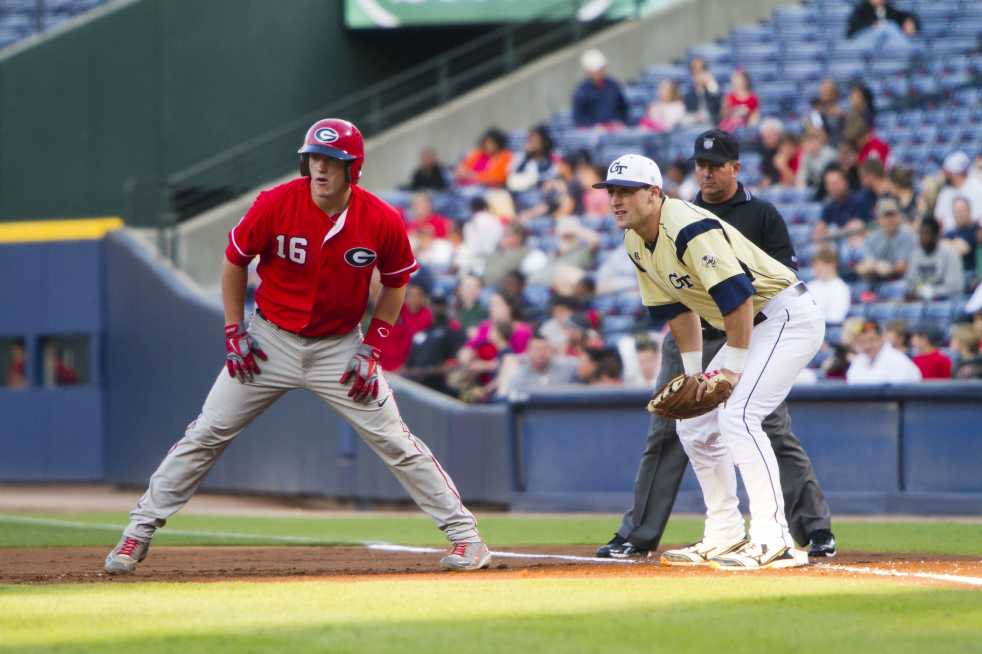 The first position player taken from Georgia was catcher Zack Bowers, who was selected by San Francisco in the 24th round. In his 2015 junior campaign, the Acworth native batted .252 with eight home runs and 27 RBI over 51 games. He also showed scouts his above-average eye for balls and strikes as he lead the Dawgs with 37 walks. Although Bowers saw most of his action at catcher for Georgia, he also played first base and designated hitter. 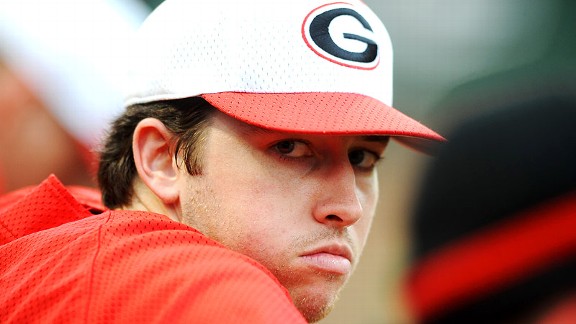 Statham's own Taylor Hicks joined the trio of Georgia pitchers already drafted when he was selected by the Tigers in the 26th round. Hicks mostly pitched out of the bullpen in his 2015 senior campaign, but was able to sneak in one start for the Dawgs last season. Over 29.2 innings pitched, Hicks finished the year with a 0-0 record and a 1.52 ERA in 16 games.He fanned 23 batters, walking only nine, and pitched 8.2 scoreless innings. Hicks will need to get used to blue with a little bit of orange as he has already agreed to terms with Detroit. 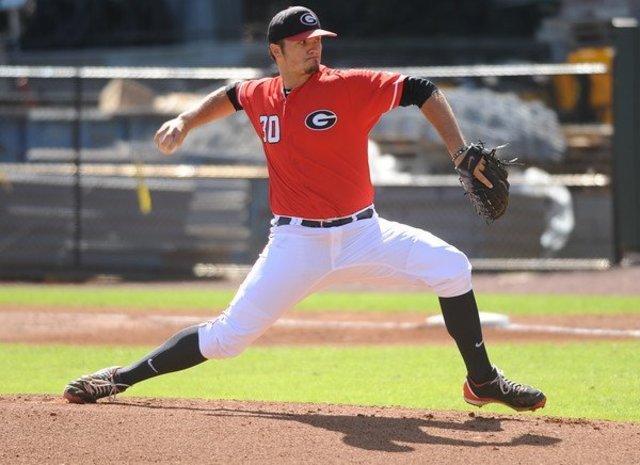 In need of pitching talent, the Yankees decided to turn to the big man from the Cleveland. No, LeBron James is not considering a baseball career. New York's AL ball club selected David Sosebee, out of Cleveland, Georgia, in the 28th round! Sosebee wrapped up his redshirt junior year with a 4-3 record and a 2.98 ERA in 11 appearances, eight of them starts. Over 54.1 innings, Sosebee struck out 55 batters and walked 21. He can also boast a series of impressive wins over ranked opponents this year: Florida, Florida State and Arkansas. Be on the lookout for the former Georgia hurler in the Big Apple in a few short years.

Jared Walsh, 1B, Los Angeles Angels of Anaheim, 39th Round 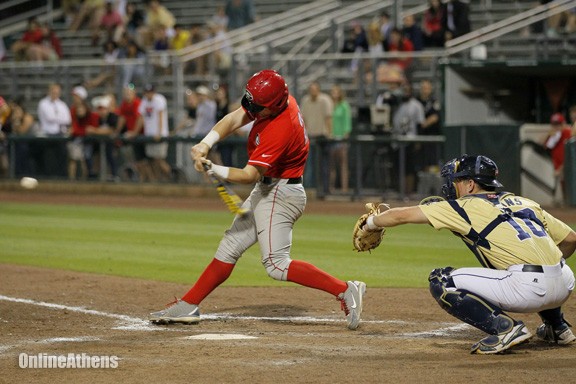 The last Diamond Dog drafted in 2015 was Jared Walsh, a two-way star the Angels project as a first baseman in their system. The Duluth native made 14 appearances on the mound (eight of them being starts) while also hitting (at 1B, DH and RF) in 43 games as a senior in 2015. Even though Walsh was technically selected as an infielder, he led Georgia pitchers with a 5-2 record and an ERA of 2.60, holding opposing batters to an SEC-low average of only .185. He enjoyed a career year at the plate, too, batting .306 with three home runs and 22 RBI. I know Tech fans won't miss this guy. Walsh hit a sacrifice fly to give the Dawgs an extra-inning win over their instate rivals in 2013. He was also the starting pitcher for Georgia in a 6-0 win over Tech at Turner Field this season. It's been 44 years since the Jackets last swept the Dawgs in one school year (1970-71) in football, men's hoops and baseball. This would have happened in 2014-15 had it not been for Jared's heroics on the mound and some impressive hitting from the position players. Walsh is currently planning his cross-country move, having agreed to terms with the Angels.

Two of Georgia's baseball signees were selected in this year's draft: pitcher Dakota Chalmers (Oakland Athletics, third round) and outfielder Chad Smith (Texas Rangers, fifth round). UGA football signee Terry Godwin was selected by the Atlanta Braves as a center fielder in the 33rd round. Godwin, who signed a football scholarship to play for Mark Richt, hopes also to play for Scott Stricklin in Athens, and has received tentative permission from Coach Richt to do that so long as playing two sports does not have a negative impact on the talented athlete's performance in the classroom.

So, what does this mean?

Being selected by a Major League Baseball team does not automatically force a player to play for that organization. For high school players who have signed letters of intent to play college ball, the decision to take the money and work their way through the minor leagues or further develop their skills at the college level can be a tough one. Signing bonuses are slotted based on where players are selected in the draft, so those chosen early enough might be looking at some decent pocket change if they forgo college. On the flip side, college-level instruction and facilities are often (but not always) superior to those found in the lower levels of the minor leagues. Plus, a college baseball player can also work toward his degree while striving for a higher-round selection the next year. There are pluses and minuses on both sides of this incredibly difficult decision.

Take two 2015-16 Georgia signees for example: Dakota Chalmers, as a third-round pick, clearly liked what he was offered by the A's and decided to agree to terms with Oakland, but Terry Godwin, who officially declined the Braves' offer today, will be catching footballs for the Dawgs come fall since the signing bonus for a 33rd-round pick is not exactly eye-popping money. Assuming he can keep his grades up, Godwin will have the opportunity to play football and baseball at UGA. If professional baseball is something he'd ultimately like to pursue, he can wait to get drafted again later on in his college career. 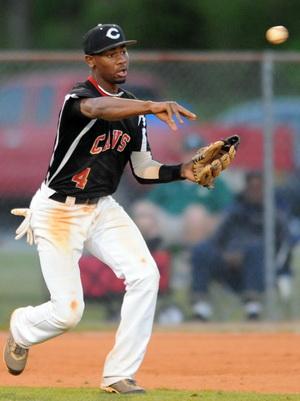 For juniors in the college ranks, signing might be a good idea since injury or a senior slump could result in a lower-round selection the following year. You'll notice above that every junior selected but one has already made the decision to sign with the team that drafted him. Zack Bowers, a star player at Georgia, might be thinking he could earn a higher-round selection by putting in a solid senior season for the Diamond Dogs in 2016. He could also just have a severe case of sticker shock looking at Bay Area real estate prices. The signing deadline for underclassmen selected in the draft is 17 July, so there's still plenty of time for Bowers to think this through and talk it over with his family and coaches.

For seniors, signing is the only option unless the player has his eyes set on a career off the diamond. By the looks of the decisions made above, all of the seniors drafted this year intend to give pro ball a shot.

Join me in wishing these Dawgs the best of luck in their professional baseball careers!