A rookie could not have asked for a better first-year campaign as the one former Diamond Dawg star Gordon Beckham enjoyed on Chicago's South Side in 2009. But the funny thing about baseball, a sport where a hitter is considered a great success if he succeeds only 30% of the time at the plate, is that it can be a cruel and unforgiving mistress at times. Rookies rise, sophomores slump, injuries wreak havoc on the careers of established veterans and promising prospects alike. Sometimes things just don't work out, no matter how hard a player tries. It's how one responds that makes him a ball player. I'd like to take a minute to acknowledge what I hope is the ultimate response to the fickle nature of the game by a former Bulldog great.

In case you didn't follow the Diamond Dawgs' impressive run mid/late last decade, let me catch you up to speed on why you should know Gordon Beckham's name. Straight out of Westminster in Atlanta, the young shortstop burst onto the scene in Athens, starting every game at short in 2006 and playing a huge role in Georgia's College World Series run that year. He was recognized as a Freshman All-American upon the conclusion of that magical season. Beckham performed well as a sophomore in 2007, but really turned on the jets during his junior year. The shortstop was the only unanimous All-SEC First Team selection and took home SEC Player of the Year honors after the 2008 season. Among his other accolades that year: All-American, Academic All-American and finalist for both the NCAA Player of the Year and the Golden Spikes Award. 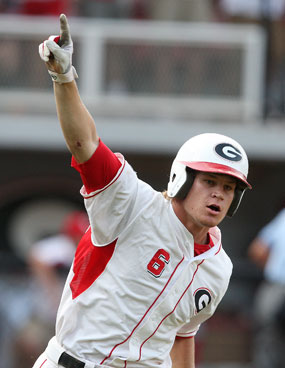 To say that 2008 was a monster year for Gordon Beckham would be an understatement. He hit more home runs (26) than any other collegiate baseball player that year, setting UGA's season home run record in the process. Beckham's final at-bat at Foley Field resulted in him tying the UGA record for career home runs (51) against NC State on June 8, 2008. This home run would propel Georgia to the victory that would catapult the team to the College World Series. When #6 hung up his collegiate spikes for good, he had hit 53 homers, a record which still stands at UGA.

It was only a matter of time before Beckham's record-setting, awe-inspiring collegiate career would result in being drafted by a big-league club. On August 13, 2008, The Chicago White Sox selected #6 with the eight pick of that year's draft. 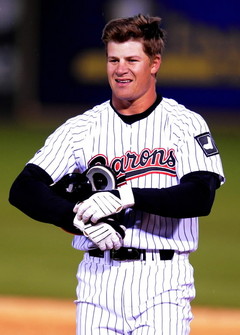 After scorching his way through Chicago's minor league system, Beckham was called up to the big leagues, making his White Sox debut on June 4, 2009 at the tender age of only 22. He went 0-for-3 in his debut against Oakland, but brighter days were on the horizon. Although it took the young man a few games to get into a groove, by mid-June, he was getting it done at third base for the South Siders. By the end of June, the ChiSox infielder had already recorded his first big league home run and his first big league walk-off hit, the latter against the crosstown rival Cubs in a dramatic affair.

Beckham closed the books on 2009 having hit .270 with 63 RBIs and 14 home runs. These numbers were good enough to clinch AL Rookie of the Year honors for the legendary Diamond Dawg of yesteryear. 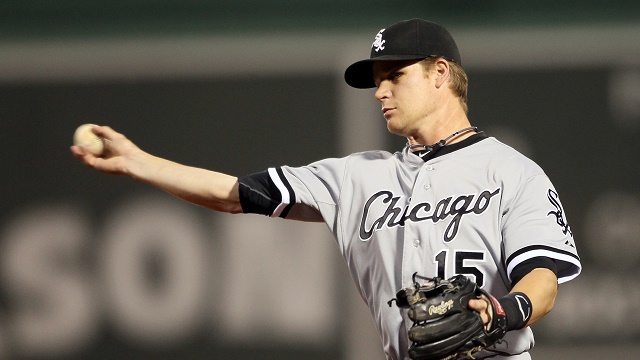 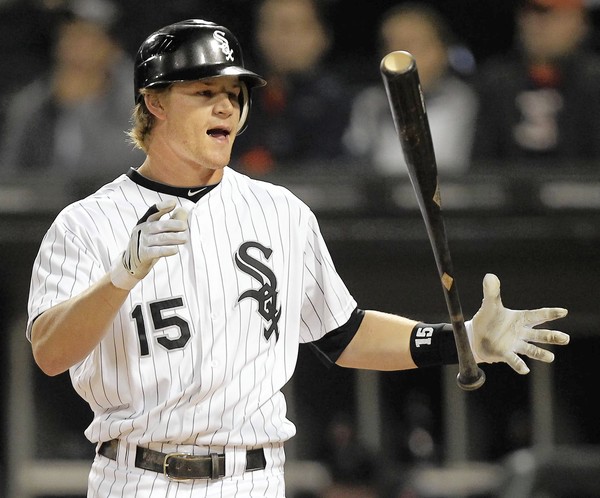 Despite playing good defense, driving in a respectable number of runs/displaying some power in 2012 and hitting for a solid average in 2013, these four years were largely forgettable for the star who knew he could shine much brighter. What would 2014 hold?

The 2014 season saw Gordon Beckham get off to a reasonably consistent start, only to fade over the summer, hitting only .221 with 36 RBI and 7 HR over 101 games. He was frustrated. The White Sox front office was frustrated. In these kinds of situations, it's wise to push the reset button and hope a player can get a fresh start elsewhere. 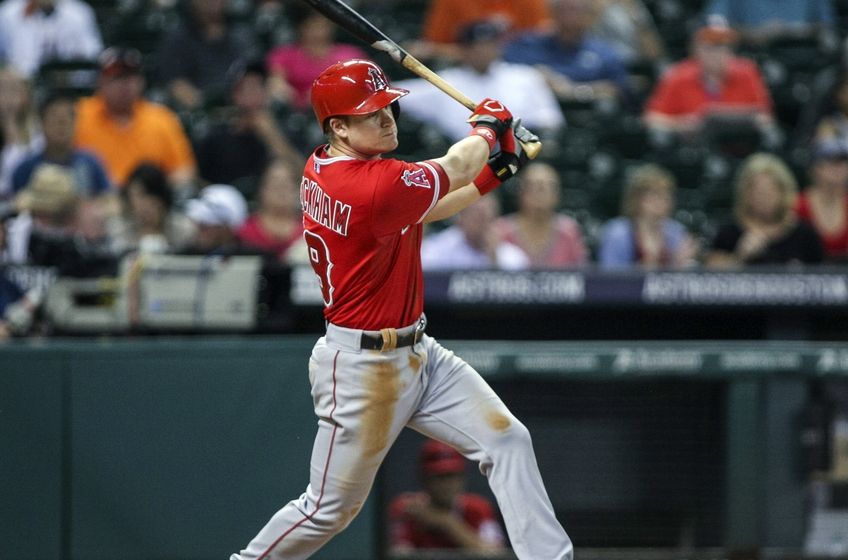 Elsewhere for our story's hero was sunny Orange County, as he was traded to the Los Angeles Angels (of Anaheim) on August 21, 2014. The Angels' hope was that Beckham could try his hand at a variety of infield positions (for the record, he played 2B, SS and 3B and even DHed) and provide a spark off the bench for a team gunning for the best record in the AL that season. In somewhat limited action for the Halos, Beckham hit for a much higher average (.268) with eight RBI and two HR over only 26 games. He wasn't grabbing any player-of-the-year nominations, but this was certainly enough to regain the attention of his former employer as he approached free agency at the end of the year.

In January 2015, Gordon was again bound for the Windy City, signing a one-year deal with the White Sox. Whatever was in the water on the West Coast must have done him some good. One month into the season, #15 is hitting .292 with four RBI and one HR over 17 games and seems to really be heating up as of late.

"It can happen, it can jump on guys when there are expectations and the pressure gets there," manager Robin Ventura said. "For him, it might have been helpful to get traded away and go away for a while and come back with more of a clear conscience of who he is, where he's at. You get some information from somewhere else that maybe sticks in your skull differently than it did here.

"He's in a good frame of mind and that's the other big thing. All the stuff that has been said about him, but he can play baseball. We know that. He's a good player."

Ventura can say all he wants about Beckham needing to clear his head. I personally just think he needed a little red to go with all that black he's been wearing lately to get back in a groove. Gordon Beckham is perhaps the best player in Diamond Dawgs history. Even if you don't follow professional sports, keep an eye on how #15 progresses throughout this season. I hope you will join me in cheering on an outstanding representative of our university and its baseball program. Keep up the good work, Gordon!