As you may or may not remember, I did a monthly series last summer on the whereabouts and progress of Diamond Dog alumni at the various levels of professional baseball at which they found themselves playing. It's been weighing heavily on my soul that I haven't had time to come up with a monthly update this season, but I figured it was about time for a somewhat sporadic one.

One of the hardest parts of the series last summer was keeping tabs on the minor and independent leagues. Data is not always readily available, so I was just going by what Baseball Reference told me, hoping that their number crunchers were keeping on top of their game. Thankfully, georgiadogs.com, one of the most reliable sources for all things Georgia baseball, did that part of the post for me this time. I'll link it here, and offer just a smidgen of my own color and analysis.

The case of relief pitcher Mitchell Boggs, an outstanding pitcher for the Dawgs from 2003-05, is perhaps the most interesting, if not outright confusing. Boggs once rose through the St. Louis Cardinals organization with a vengeance, boasting an impressive 5-1 record with an ERA of 3.28 for AAA Memphis over only 12 starts in 2008. The big league club took notice, promoting Boggs on June 10 of that same year. He pitched five solid innings, allowing only four hits and two runs in his first big league victory against Cincinnati. In 2011, Boggs added a World Series ring to his resume, but 2012 was the big league breakout year he had been working towards, finishing the year with a 4-1 record and a stingy 2.21 ERA for the Redbirds. He also led the National League in holds with a noteworthy 34. 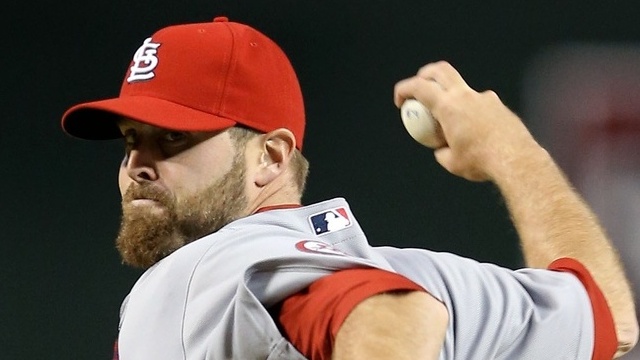 Unfortunately, it was all downhill from there. Boggs struggled in the Cardinal bullpen in 2013, bouncing back and forth between St. Louis and Memphis until he was traded to the Colorado Rockies in July of that same year. Boggs posted a 3.12 ERA out of the Rockies bullpen, but was non-tendered by the club at the end of the season. He signed a free-agent deal with the Chicago White Sox (joining our good friend Gordon Beckham) in February 2014, but was released six weeks later. After agreeing to a minor league deal with the Pale Hose, Boggs struggled mightily for AAA Charlotte, accumulating an ERA of over 9 in only 25 appearances for the Knights. The San Francisco Giants decided to give Boggs a shot at AAA Fresno, where he walked seven batters over only 13 innings.

Despite his persistent control issues, Boggs was offered a minor league deal by the Boston Red Sox prior to the 2015 season, but again failed to impress. He eventually ended up signing another minor league deal on April 20, this time with the Atlanta Braves. Boggs started the year at AAA Gwinnett on an absolute tear, allowing only one earned run in his first seven appearances, but his struggles with control have resurfaced. Boogs has walked 10 over 10.1 innings for the G-Braves.

Mitchell has the stuff to be a decent pitcher, but will need to learn to keep his walks down if he's going to make a return to the big leagues. Here's to hoping he can enjoy some stability in the Braves organization and benefit from the quality coaching for which the Braves organization is so well known. Join me in wishing Mitchell well as he continues to laugh in the face of adversity and work toward that promotion.

On a side note, catcher Kyle Farmer in the Los Angeles Dodgers organization is also one to watch. He is knocking the cover off the ball at High A Rancho Cucamonga, and has performed well at AA Tulsa when given the chance. The former Diamond Dog star from 2010-13 might be seeing a promotion in the near future with numbers like these.

Now onto The Show: 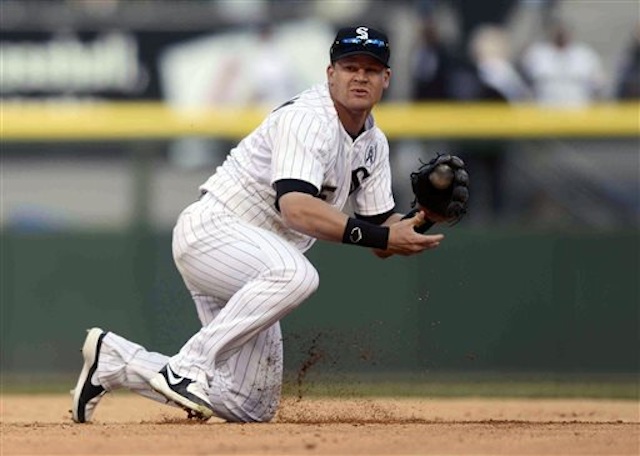 I won't reinvent the wheel on Gordon Beckham. If you haven't read my previous post on him, here is some shameless self promotion! Beckham, the utility infielder whose journey is documented in the aforementioned fanpost, is currently hitting .250 with eight walks, two home runs and 11 RBI over 73 plate appearances. He has seen action at second, third and short for the Southsiders this season. 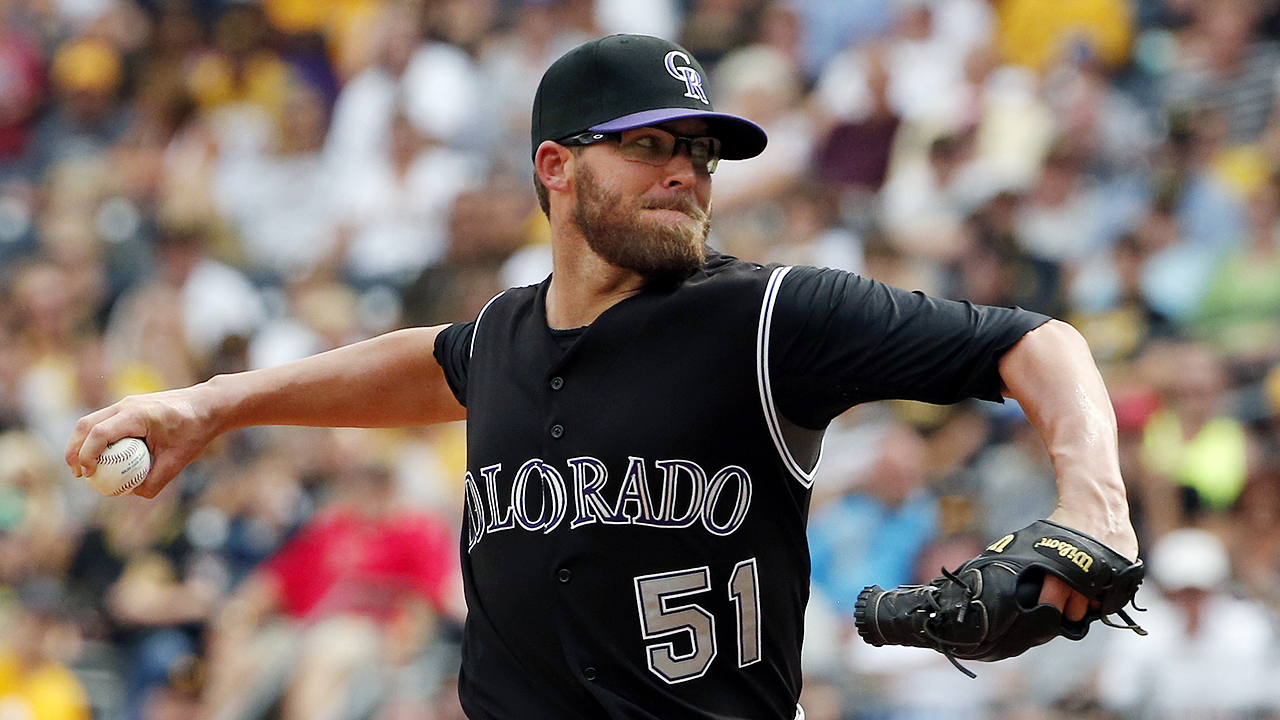 After being traded from team to team in the minors, Portal's own Brooks Brown burst onto the big league scene for the Rockies around the midway point of the 2014 season. However, April 2015 saw Brown battle some right shoulder issues. This nagging injury resulted in the hurler surrendering earned runs in four straight appearances out of the Colorado bullpen. He was placed on the 15-day DL due to inflammation on May 14 owning an ERA of 4.50 with an 8:5 K:BB ration in 14 innings of work. The Rockies reactivated Brown on May 23, and he has already got his ERA down to 4.41 with six walks and nine strikeouts on the season. 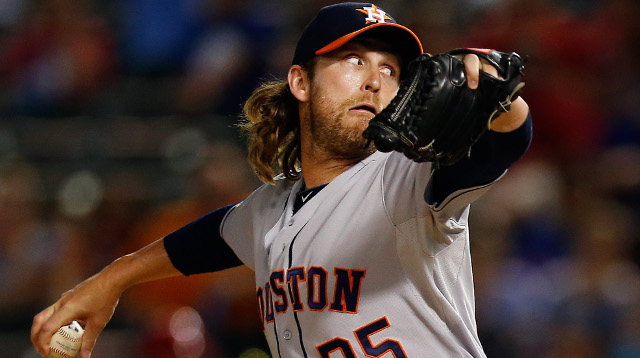 The Astros are red hot right now, and reliever Josh Fields is one of the many reasons why, not allowing a run in his last nine appearances. Fields, who was boasting an ERA of 0.91 and a 2-0 record out of the bullpen through the middle of the month, suffered a brief setback when he was struck by a line drive on May 21. After briefly nursing a bruised right leg, the Athens native returned to action only four days later. Josh picked up exactly where he left off. His ERA has been lowered to only 0.77 with three walks and an eye-popping 20 strikeouts. Fields, who was part of some phenomenal Georgia teams from 2005-08, has been an above average reliever for most of his professional career, but an uptick in his fastball and improved control over the past season have pushed him into the upper echelon of major league relievers. It's amazing that this guy doesn't get more love! 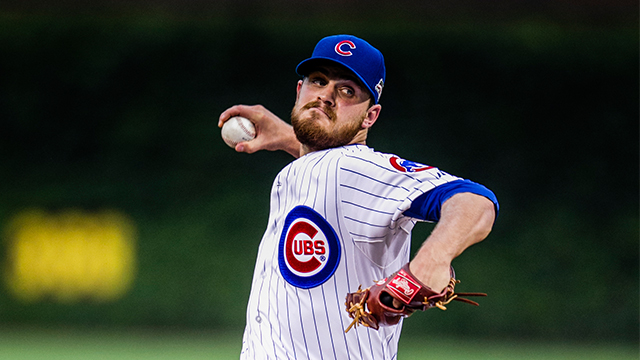 A common theme among Diamond Dog relievers in the majors seems to be dealing with injuries. Well, folks, then Justin Grimm is just one of the boys. Grimm, who posted a 5-2 record in 2014 with a respectable 3.78 ERA over 69 innings of work out of the bullpen, also spent some time on the DL early this season with forearm inflammation. After fanning two in a one-inning rehab assignment at AAA Iowa, the Cubs activated Grimm on May 6. He has gone on to pitch 7.1 innings for Chicago's National League club, allowing six walks with 13 strikeouts and an ERA of only 1.23. Want to know a fun fact about Justin Grimm? On August 29 of last season, he became the 68th pitcher in major league history to strike out four batters in a single inning! 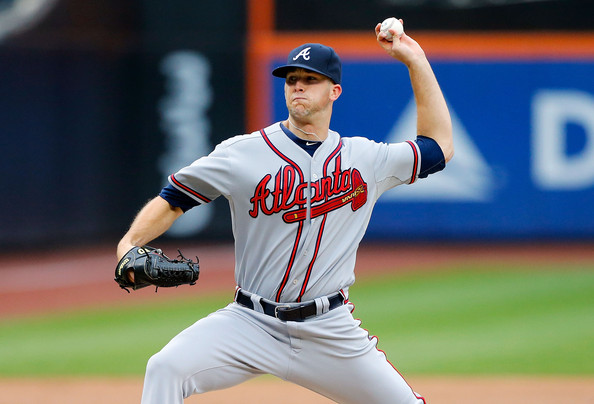 Lefty starter Alex Wood, who starred for the Diamond Dogs at the beginning of the present decade, got off to a bit of a shaky start for the Braves this season, receiving fairly limited run support more often than not. He now feels that his troubles are behind him due to fixing a mechanical issue which adversely affected his changeup and sinker. The new-and-improved Alex Wood was on display for all to see just last night against the Los Angeles Dodgers. Wood, who entered the game having been skipped his last time in the rotation due to a stomach illness, showed hardly a single sign of rust or nerves, allowing only one run on seven hits and two walks, striking out six Dodgers over seven strong innings. The Charlotte native accumulated an ERA of only 2.88 in May, having won his last two starts of the month. His current bottom line is an ERA of 3.50 over 54 innings pitched with 38 strikeouts and 18 walks.