In case you are not aware, the Mayor himself, T. Kyle King, has just published a book entitled Fighting Like Cats and Dogs, a compelling chronicle of the Georgia-Clemson series. Last week, my copy of the book traveled with me on the bus/metro ride to and from work. I now have some thoughts to share with the Dawg Sports community. 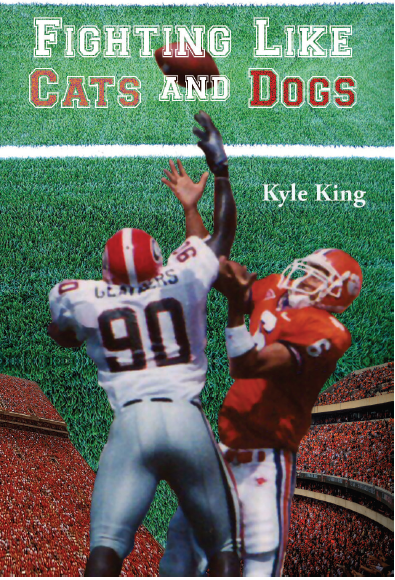 You'll want to read this one, folks via assets.sbnation.com

As any regular reader of Dawg Sports could probably guess, Kyle did a heck of a job with this book. The first thing that caught my eye upon opening the envelope in which it came was the cover. The shot of Robert Geathers and Charlie Whitehurst from the 2003 showdown at Clemson superimposed in front of one half of Memorial Stadium and another of Sanford Stadium perfectly captures the essence of this surprisingly non-partisan gem of a book.

I won't go into too much detail about the book because I believe it is your patriotic duty as a member of Dawg Sports and citizen of the Bulldog Nation to read it. What I will tell you is what stood out to me and what I think can be improved upon for a future edition.

What I'd Like To See In the Next Edition:

Upon finishing the book, the only thing with which I was dissatisfied was that it was over. Kyle is a master storyteller and paints a vivid picture of the recent history of one of college football's most overlooked and undervalued border wars. My copy of Fighting Like Cats and Dogs is already proudly displayed alongside such classics as Clean, Old-Fashioned Hate and War Between the States, where it rightfully belongs. Do yourself a favor and pick this one up.

For those who are fortunate enough to have read Fighting Like Cats and Dogs already, please share your thoughts in the comments below. What did you like most about the book? What would you like to see improved upon in a future edition?

*Per my conversation with the author,"Jungaleers" was a term derived from the fact that tigers live in jungles. It appeared periodically in the 1930s, though the spelling wasn't always consistent. **Kyle also informs me that "Country Gentlemen," by far my favorite of his many names used to describe Clemson, is a term coined by upstate South Carolina sportswriter Scoop Lattimer in the 1940s, which later gave rise to a Colonel Reb-like costumed sideline mascot at Clemson. Kyle, I assume the dapper fellow second from the left on the top row is a country gentleman? 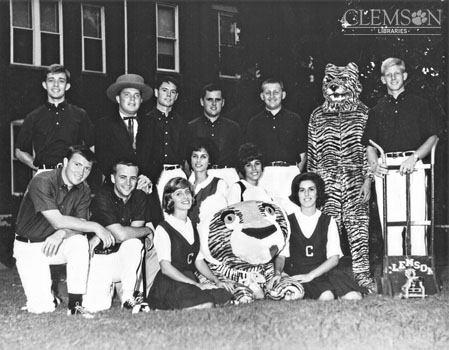 ***"South Carolinians" is the only monicker used for the Tigers for which I do not particularly care. To me at least, "South Carolinians" indicates either a.) a native of the Palmetto State (as Kyle points out in the book, a number of Peach State natives donned the Orange and Purple) or b.) someone who plays a team called "South Carolina." I'm pretty sure your average Clemsonian would object to being associated with the folks from Columbia.