We are on the eve of the College Football Season. It's the most wonderful time of the year. The makers of Mylanta Xanax should probably be our sponsor.

1.  Georgia's plethora of draft picks have been acquitting themselves quite well thus far in the NFL pre-season.  Last night was no exception.  However, there is some concern regarding Jarvis Jones who was hospitalized after suffering a chest injury in the 4th quarter last night in the Steeler's exhibition game loss to Kansas City.  Hopefully, this is just a a precautionary measure.

Jarvis was released from from a local Pittsburgh hospital on Sunday afternoon.  Chest X-Rays were negative.  Good news.

1a.  Meanwhile, Alec Ogletree is making plays for the St. Louis Rams.  Here's a nifty strip 'n score by 'Tree during the Rams loss to Denver.  He also had an interception.  I think he's gonna be great.  He brings a certain violence that the pro game demands.

2.  I couldn't help but laugh while watching some more ad nauseum pre-College Football Season shows last night, particularly the analysis of Tom Luginbill.  No one is beating the dead-horse meme regarding Aaron Murray's inability to "win the big one" more than this guy.  I don't know if it's residual Technique or what, but shut up already.  In fact, enough talking.  Thank God it's almost here.

3.  I started reading Fighting Like Cats and Dogs this week.  I'm nearly finished.  To say I was already fired up for Clemson is a gross understatement, but the detail and memories that Kyle was able to conjure up for me through his exhaustive research has really got me flat-out losing sleep now.  Right off the bat I felt I was sitting in a damp Sanford Stadium back in '77, watching us struggle yet nearly pull out a win we didn't deserve.  Clemson wasn't even on my radar until after that game.  I vividly recall sitting in the stands well after the game ended because me and my parents would wait for the crowd to disperse, then go up my father's lab in the bio-sciences building behind the press-box side and have a post-game "lab tailgate."  The damned Clemson band played forever.  It was a big deal for them then, and it's still a big deal for them.  We need to win this game.  Read the book.

4.  Another reason why I'm losing sleep is because of the apparent situation in our defensive backfield, which is either not as bad as we think, or just west of Armageddon.  I keep hearing this voice in my head about 1:30 A.M.  It's ambien-proof, too.  Close your eyes and imagine Larry Munson bending someone's ear up there in the great heavenly beyond, talking to anyone who'll listen.  This has been my reality of late:

"We got no hope.  Do you realize that we've got freshman, kids really, who are going to start in Clemson on a Saturday night in front of that crowd with all that TV exposure?  And their offense, with that all-everything kid at quarterback, is just licking his chops.  It's brutal.  The whole month is just brutal."

5. Then, yesterday, I got to thinking:  How these guys in our secondary ultimately play is not going to determine our fate in this game.  Oh, heck yes it's important that they play well, but in my mind It's how the defensive line acquit themselves and whether or not we neutralize Clemson's running attack and pressure Tajh Boyd.  The grand Chris Wilson experiment is about to begin.  It hope it's a Petri dish full of win.

6.  I honestly have real hope, despite my trepidations.  Why?  It's because we're deep on the defensive line.  MaconDawg delves into this in great detail, but the defensive philosophy of location, location, location rotation, rotation, rotation is what truly has me jacked beyond butterdom this season.  The hubris of August is about to morph into the reality of September...for everyone.

7.  With the concern in the kicking game - indications are that Marshall Morgan might miss the opener - we've been almost joking about what Georgia will do on 4th down on Clemson's end of the field.  The whole "anything inside the 40 is 4-down territory" idea might be reality.  We gotta give whoever is kicking the ball a chance to hone his craft, but methinks we truly are going to see Richt and Bobo dial up some 4th-and-anything less than 5 yards attempts all season long...especially if the kicking game doesn't improve as the season progresses.  I got no problem with that at all.

8.  The concept of having offensive line depth is such a novelty to me.  I honestly don't know how to absorb it.  According to Gentry Estes, John Theus might play some Right Guard in addition to Right Tackle.  That there is a luxury.  Kolton Houston's return has made this possible.

9.  Earlier in the week, Todd Gurley was held out of scrimmage and Coach Richt stated, "we've seen enough of him."  Gurley and Marshall know the playbook completely and have been able to concentrate on reacting instinctively instead of learning and then reacting.  If we commit to the run, what's a realistic yardage output against Clemson?

10.  Lady Luck.  Will you be with us this season when the inevitable situation arises?  We've missed you. 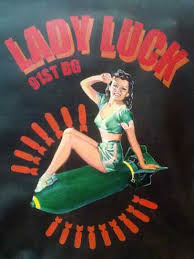 11.  The Fullback.  Have you guys and gals seen recent pictures of Quayvon Hicks?  I'd say he's been dippin' into the whey protein shakes a little bit.  Merritt Hall is no slouch, either.  Run the ball first, torch 'em with the pass second.  I think we're more equipped to do this more than any season I can remember.  And I can remember a lot.

12.  Every year, the optimism of a new season tends to override rational thought.  Regarding our fates, I suppose I should temper everything by trying to remember point #4 because it really does concern me, at least until these young pups get their bearings.  But I did read something recently over at Clemson's excellent SB Nation site, ShakintheSouthland that caught my attention.  For every Tom Luginbill or Lee Corso who thinks that Clemson's win over LSU last season in the Chik-Fil-A Bowl was the beginning of a Dynasty in the Upstate (and perhaps it is, who am I to say otherwise?), this comment was as about as rational as anything I've ever read from an opposing fan base:

(…rant coming) I’m starting to see stuff pop up on various Clemson sites about how we "imposed our will" with tempo against LSU and "handled" them defensively. This is revisionist history. We took a beating and won in spite of it.

1. We were man-handled by LSU worse than we were by SC. They averaged 7.4 yards per rush if you take out sacks.
2. We were down 9 with 3 minutes to go in the game.
3. We had a legitimate pass rush for the first time all season. Mal Goodman owned his man with a J.Clowney level performance.
4. Tajh Boyd put on the best display of toughness and resiliency I’ve ever seen by a Clemson QB (he probably would not have been able to play the following week if we had a game).
5. We were fortunate at the end with LSU’s play calling and an amazing 4th and 16 play.
6. On the last drive with seconds remaining, several of LSU’s players started to show fatigue.
7. I am jacked about that win and hope it is the emotional boost of confidence we need to light a fire throughout the entire program in the same way the SC win in 1980 did the same thing.

However, in order to get where we need to go, I have no doubt we must be better up front and finally get over the hump. Being down 9 with 3 minutes to go and converting 4th and 16s against elite teams is simply not a viable plan for sustained success. I’m hopeful that this is the year we start to match-up physically with the elite level teams and be able to control the game in some of these wins. (ok, rant over) - TheKraken, August 19

13.  Florida:  Why are so many so-called experts still so high on Florida?  I'd argue they're probably in worse shape offensively going into 2013 than they were entering the season last year.  I do hope that Matt Jones' health issues improve.  A viral infection sounds pretty nasty.  Florida has another strong defense, despite the annual attrition.  But you've got to score points.  Year 2 wonders why the SEC coaches picked Aaron Murray over Johnny Football as 1st team All-SEC QB?

14.  Anyone else sense the "anybody but anyone from the SEC" sentiment yet?  My biggest fear is that we get screwed at the end of the season somehow if we win the SECCG because this is the last BCS Year where things like this can happen.

15.  What'll you be drinking on Thursday Saturday Night?  I'm probably sticking with the Maker's Mark again this season, but am open to some suggestions.  I'm ready for a new Single-Malt.  Totally ignored the Scotch last season...and this just won't do!