Your Official Pessimist's Guide to the 2013 Georgia Bulldogs Football Season

Abandon hope, all ye who enter here. Mark Richt has lost control of everything in this article.

Share All sharing options for: Your Official Pessimist's Guide to the 2013 Georgia Bulldogs Football Season

When Mayor Kyle Weblog relieved us of his august presence and became Mayor-Emeritus Kyle Commenter, this blog lost the bastion of pessimism that had sustained it since its founding. As a program, we have been steeped for many years in the worrywart, self-deprecating tradition of Larry Munson and Vince Dooley, and I have tried to keep the flag of pessimism flying strongly since Kyle's departure. Alas, I have not always succeeded, and we are again awash in an interwebz full of optimistic ZOMG WE'RE GONNA FILL THE DEFENSIVE HOLES AND DO IT THIS YEAR people.

For those of you who, like me, have been wishing for a place to park your unfettered pessimism, look no further. You have arrived at that place of dark foreboding and surly disappointment.

Ladies and gentlemen, I present your 2013 Pessimist's Guide to the Georgia Football Season. While we're in this place, no game is a gimmie, no faults in our defense will go unexploited, and Penn Wagers (or his personal designee) will be refereeing every Georgia game.

Let's start at the beginning (all rankings are from the preseason coaches' poll):

Why we'll win: I don't know. Maybe Clemson's entire offense gets a case of food poisoning the day of the game and Dabo has to call some students out of the stands to fill in?

Why we'll lose: Clemson is returning all of their major contributors on offense, and many of their contributors on defense. We're losing our ENTIRE starting defense, though we do still have some contributors from last year. Remember Jarvis Jones, Alec Ogletree, Bacarri Fudge Rambo, Sanders Commings, Shawn Williams, Kwame Geathers, and Big Bad Jon Jenkins? All gone. You don't lose all those playmakers and just keep rolling on as if nothing has changed.

On top of that, I'm super-wary of all this hype our offense is getting. Our defense got all the focus coming into last season, so our offense was able to quietly have one of the best seasons in Georgia history while the defense DERP'ed it up time and time again.

This year, everybody is expecting big things from the offense, and you don't go through an entire offseason reading articles about how awesome you are without losing some of the "chip" that made you so eager to prove yourself last season. I just don't see how we will be nearly as dominating as we were last year on offense. Last year, we were perfect at the end of the season. How do you improve from "perfect?" There's only one way to go from there. And Clemson has Tajh Boyd and his crew ready to jog our secondary up and down the hot, muggy, orange-spangled field all damn day. This could get ugly.

Why we'll win: Because I hate Spurrier and want him to lose.

Why we'll lose: Because all of the actual football things point in the Gamecocks' favor. Clowney's presence makes the running game a laughing stock and all your blocking strategies meaningless on passing downs, and after getting shredded the prior week, our defense will have all the confidence of a camel wandering around in Kentucky. The Old Ball Coach always saves something extra for the Dawgs, and this year will be no different. We'll see something from him on offense that we won't have seen before and likely won't see in any other game after, and SCAR will have their best game of the year before going on to lose 4 games, as they always do.

Why we'll win: Because North Texas is a I-AA Sun Belt Conference USA powerhouse. We wipe the floor with these teams.

Why we'll lose: Holy crap, they're in C-USA now? Dammit, the last time we played a C-USA team, it didn't work out too well. Let's just go ahead and start calling these guys the UNT Golden Knights, because they're going to go all UCF on us and you know it.

Why we'll win: Because Les Miles just might make a mistake while screwing around with the space-time continuum (it's his hobby, you know), and LSU's team might disappear for a day or two, preventing them from actually making this game. If you can get the other team to forfeit, you'll never lose!!

Why we'll lose: Because Les Miles has the chest and want to make his men the best damn team in America. Woeojuwejhdjwe. Have a great day.

Prediction: Loss, Q to 12 (0-4)
(Real prediction: Toss up, because I honestly don't friggin' know. So many ways this one could go.)

Why we'll win: Because the Vols are so far down in the crapper that Butch Davis has to take off his socks to wipe his players' noses. We out-talent the Vols at virtually every position.

Why we'll win: Because before playing Georgia, the guys from the good Columbia will have gone through the incredibly grueling gauntlet of Murray State, Toledo, Indiana, Arkansas State, and Vanderbilt. They'll simply be worn out by the time they play us.

Why we'll lose: The timing is right for our annual early-to-mid-season-face-plant game, and the Tigers will have played exactly one good team in their previous 6 games (for varying values of "good"). If they beat Vandy, they'll probably be ranked in the top 15 or 20. Dammit, we're going to lose this one, aren't we?

Why we'll win: Because when Vanderbilt beats us, it's in Athens, not Nashville. Also, we steamrolled Vandy's best team in 100 years last season. Past performance is a solid indicator of future results, right?

Why we'll lose: Because James Franklin don't know nothing 'bout no tradition, and he's got an actual, literal chip on his shoulder. 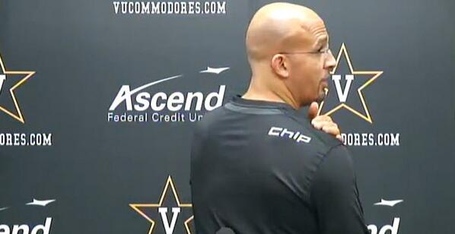 Personally, I'd think it would work better if Chip Kelly was actually standing on Franklin's shoulder, but whatever, man.

Why we'll win: Because I hate Florida with the fire of a thousand suns being fueled by the fire of an additional thousand suns. The Gators are the embodiment of everything that is evil and wrong in the entire universe. Florida must be destroyed. End of story.

Why we'll lose: We will not lose. There can be no discussion on this matter. The Bulldogs will replicate the results achieved by 1942 Georgia team, who handed Florida their worst defeat in program history (that they claim, at least).

Why we'll win: Because they are Appalachian State, and we are not Michigan.

Why we'll lose: Because we'll be so elated and still hungover from our 75-0 victory celebration the week before that we forget to even toss our jerseys out on the field, which is pretty much all that is required for this game.

Why we'll win: Gus Malzahn is in year 1 on the plains, and though his cabinet isn't completely bare, he's still a year or two away from fully restocking the larder. You can bet your bottom dollar that he's working on it, but it takes time to spread around the amount of... uh, "goodwill"... that he'll need to bring the best players back to Clemson-without-a-lake.

Why we'll lose: Well, we lost to Clemson-with-a-lake, didn't we? What does a lake matter in a football game?

Why we'll win: It's the natural balance of the SEC universe. Either Kentucky or Vandy, according to the laws of nature, must be so horribly abysmal that we have no recourse but to point and laugh at them, then allow them to almost beat us in an embarrassing display of pathetic almost-screwed-up-royally football.

Why we'll win: Because We Run This State. 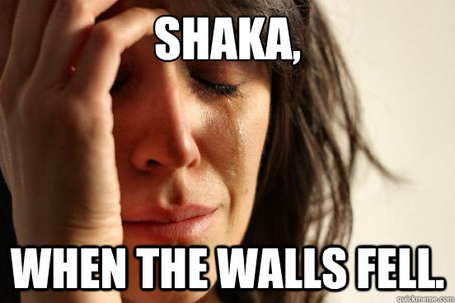 Yes, you read the above predictions correctly. The Georgia Bulldogs will go 1-11, but in the process will beat Florida so badly that they'll wish they were Florida State fans. This effort alone will be enough to cause Vineyarddawg to call passionately for Mark Richt to be retained as head coach, but alas, he will not be retained. (Neither Mark Richt nor Vineyarddawg, for that matter.) Greg McGarity will fire Richt and begin a long, detailed search for a head coach that will culminate in, first, a 2-month-long dance with Jon Gruden, ending only when McGarity decides to finally pull the plug and instead hire Lane Kiffin from Southern Cal. (Or, possibly, Todd Graham from Arizona State. He has a lot of family in Georgia, you know.) Dawg Sports will then collectively explode, getting sticky internets all over your monitor and keyboard that will be impossible to remove. Have a GREAT day.

Our schedule is incredibly front-loaded this year. And let me go ahead and spoil the surprise for you: We're going to go 0-2 to start the season. A 1-1 record over the first 2 games would be a major success against this formidable gauntlet with our patchwork defense. It would be one of the biggest accomplishments of Mark Richt's entire career if we actually started 4-0, and if we did that, we would probably be 12-0 at the end of the regular season. We're not going to do that, however, so don't even start entertaining that notion. In all likelihood, we'll be sitting at 2-2 or even 1-3 after the LSU game.

We could once again legitimately run the table over our final 8 games, so I think our final record will be either 10-2 or 9-3. The Vegas oddsmakers seem to agree with me, as well.

What are your predictions for our season record? Let us know in the comments!