The Techies You Meet On Stingtalk: A Field Guide To Georgia Tech Message Board Denizens.

Share All sharing options for: The Techies You Meet On Stingtalk: A Field Guide To Georgia Tech Message Board Denizens.

Allow me a confession. My absolute favorite guilty pleasure is homemade Snickers ice cream. But when I'm out of that, my second favorite guilty pleasure is reading Georgia Tech message boards, especially StingTalk, the board frequented by the high class guys and gals who celebrated the death of our mascot and the most famous announcer in Bulldog history, and expressed sadness when they found out the current Uga had not in fact gone on to meet his reward.

It's a place where Reuben Houston wasn't a multi-pound weed dealer, and an ACC football title is right around the corner once Paul Johnson gets some of those Rhodes Scholars in waiting to see the value of a Georgia Tech education. In case you were curious, UGag/UGay/University (sic) of Georgia fan, you're a drooling redneck who probably didn't go to college at all. Just a heads up.

In short it's an alternate universe, one which you shouldn't venture into unless and until you get a grip on what you're seeing. We can help with that. Below you'll find the Dawg Sports staff's short guide to the StingTalk denizens you'll encounter. This is an aggregation of StingTalk posters we've seen through the years, most of whom you'll be able to pick out pretty quickly. Collect them all!

Anime Avatar Guy: Sure, he's on the fast track to code monkey management. But what he's really passionate about is the triple option, hating UGag, and ani-manga from the late 1990's. Knows literally nothing about football, but since he's a generally intelligent egotist thinks he knows exactly why Georgia Tech football hasn't returned to the glory years of 1990 through 1990.

Overcompensating Redneck Avatar Guy: See he's from Tifton or Chatsworth or Villa Rica but he's too smart to have gone to Georgia to be a mere financial analyst or lawyer. So he left the holler and traveled to the big city to get an engineering degree. He got off to a rough start. There was that incident on Auburn Avenue with the lady with an adam's apple, for example. But he came to love the North Avenue Trade School all the same. He wants you to know that he's not a cubicle-dwelling dork, and does this by showcasing a grinning picture of himself in a dove field or showing off that 6 point buck he shot last year. Don't let the window dressing fool you. Redneck avatar guy is just as dorky as his cohorts.

The Calculus Professor: There's something you should know... Calculus is the hardest class, like, ever. And The Calculus Professor will bring this up over and over and over. You know what's really hard? Yeah... Calculus. Did you know every football player at Tech has to take Calculus? Did you know that players at other schools don't have to take Calculus? Therefore, Tech football players are not only better human beings, they are going to design the vessels for future space travel after their NFL careers are done (in 6 months). Did I mention Calculus was hard? Yeah, it is. It's so hard that schools like UGAy don't even offer Calculus... Hell, I heard they don't even have a Math Department! And if they did, I'm sure Calculus would be super easy there... not like at Tech, where Calculus is super hard. And, hell yeah, Reggie Ball couldn't count to four... but you know what? He must've been some kind of effin' Rain Man because he had to pass Calculus at Tech. Calculus is the standard by which all people should be measured... because it's hard. You shouldn't be able to get a degree without taking a hard class like Calculus, and you damn sure shouldn't be able to carry a football up and down a field without it! (Editor's Note: Calculus isn't hard, thousands of 12th graders across the state of Georgia take it every year... although in fairness, they didn't take the really really hard version they only teach at Tech.)

The Reasonable One: As much as we joke around, some Techies are actually perfectly nice, reasonable dudes, who understand, e.g., that running the triple option hasn't been viable in nearly 20 years. Other StingTalkers will mercilessly flame the Reasonable One and accuse him of being a closet DWAG.

The Believer: Similar to the Reasonable One, this one actually believes Georgia Tech has a nationally competitive team and this year is going to be different. You could almost feel bad for the guy, but when you present things known as facts, he gets very irritated and aggressive, actually leading you to drop even more facts because you start enjoying breaking his heart.

George P. Burdell: I had to look this one up. George P. Burdell is a fictitious Tech student/alumnus who was invented by a bored freshman in 1927. (It's their tradition!) Yeah, their most popular alumnus is a fictional character. This is oddly appropriate given that their student body spends more time at Dragon Con than tailgates.

The Girl: [Error. File not found.]

The Rocket Scientist: It's possible he really is a rocket scientist. The flip side is he will make sure you know it, and that somehow means he knows about recrootin', X and O's, and how Paul Johnson is a genius more than you do. YOU JUST AREN'T AS SMART. It won't explain how GT loses another 5-8 games this year, but he's dang sure right, you better believe it, or he will internet flame you on a message board, which is what I imagine real rocket scientists do.

The Straight Up Hater: This is the guy that has no argument of any sort, but will include some internet flame shot at killing Uga, saying UGA (sic), UGay, ThUGA, Georgie, or when pressed to make an actual argument just say Georgia academics aren't anywhere close to Georgia Tech's. He will bait and switch quickly to talking about basketball. He is likely the person who suggested to the Atlanta Journal-Constitution that winning one game was a "winning streak". He may secretly be Jeff Schultz or Mark Bradley, admires Michael Carvell, and is definitely emaling the AJC daily with how UGA lies, cheats and steals. You'll find him on Sting Talk and AJC message boards alike.

The Virgin: Stingtalk's most frequent and prolific contributors... Because like most of the student body at Georgia Tech, they don't have anything else to "do" on Saturday nights. Bedroom exhibit here: 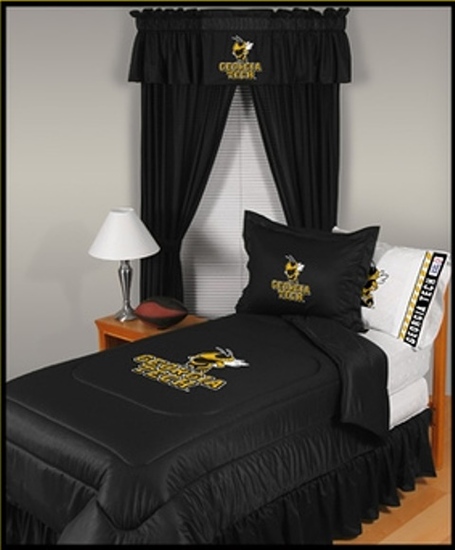 The Statistician: This is the numbers guy - quick to point out that Tech held the ball for approximately 6 hours and 12 minutes, gained 500 and eleventy yards with 50 first downs and essentially moved at will. I have a stat for 'ya: Scoreboard. 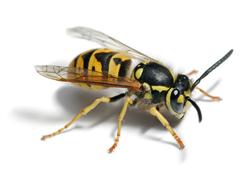 More like a cicada. Emerges from some damned hole in the ground every 17 years or so (give or take) and suddenly jumps on the Tech bandwagon via any and all forms of communication. Disappears just as quickly, too. Rumor has it he's from St. Simons Island. Last seen in 2008...

The Personnel Expert: This is the guy who presumes to know how we will end up utilizing any player that spurns Tech in favor of Georgia. Why, as a matter of fact, this just happened last week. StingTalk guy says, "Another 4* commit who will never see game play at UGAy. It drives me crazy how they waste players just to keep them out of other teams hands."

I'm still laughing at that. You wanna talk about wasting a player? Here's a name: Calvin Johnson.

Recruiting is tough. Sometimes you win, sometimes you lose. Sometimes, you win by losing. We did, after all, go after Reggie Ball. #5thDown

The Legacy: Not only did this fan go to Tech, his blood runs so Old Gold the lines extend back to the days of Dodd and perhaps even Heisman. Sure, he follows college football these days, but the product from the Flats in his lifetime has been so unsatisfying (not that he'll ever admit it), that he can't get very far into any conversation before he's telling you all about how the Jackets were Atlanta's true home team before the NFL expanded; he'll remind you that Clint Castleberry would have won the Heisman if he hadn't died a war hero; and he secretly wishes he had the balls to get Dodd's portrait tattooed on his back and a large but simple "222-0" emblazoned across his chest. He lives in the past while holding himself out as an example of a Tech Man, a position far too many of his fellow message-board denizens are fawningly pleased to honor.

Being the reasonable folks we usually are, we remind you Dear Reader that this post is intended for educational purposes only and is not intended to malign, insult, antagonize or otherwise cause unhappiness. If you should feel any such emotions, we suggest you take yourself forthwith to the nearest comic convention and don't worry about calling us in the morning, bless your heart.