It's been a while since I chimed in on some ramblings, rumblings and ruminations regarding the ramifications of the (not-so) rapidly approaching football season. Without further adieu, here's what's been on my mind.

Share All sharing options for: Fifteen Thoughts are Way Overdue...

1. Team Discipline: It's been quiet. Too quiet. Blissfully quiet. Eerily quiet. Spring Football and The Break came and went without (evidently) any ganja brownies, moped malfeasance, domestic issues and/or groping of GVA* girls (*Greater Valdosta Area). I'm not sure what to make of this and hope that the utter lack of news continues. If it does, I'll be impressed. Perhaps there is a stronger bond and sense of accountability among this group of Bulldogs than what we've seen in a while. Maybe it's the type of character we've sought over the last several cycles. I hope these guys are the most boring bunch of Bulldogs ever (until Clemson, of course). We still have a long way to go, but so far, so good. Now, I must go sacrifice a goat or something to counter-act the calamitous jinx I have surely enticed.

2. Sony Michel: I live, as the crow flies, about 6 miles from American Heritage School in Plantation, Florida where Sony Michel has become a local legend. Michel will undoubtedly continue to be courted by other schools, primarily "The U." I think he's solid, but I never relax until a kid of this caliber signs on the dotted line. An early signing period is exactly what is needed in a situation like this. Of course, this makes way too much sense for the NCAA to adopt it. Anyway, I'm very excited bout this commit and hope you are, too. Broward County, population 1.7 million, has been very good to Georgia in recent years. Players of note: Geno Atkins (St. Thomas Aquinas H.S.), Blair Walsh (Cardinal Gibbons), Mike Moore (N. Broward Prep - Coconut Creek) and Jeff Owens (Plantation High). This is as rich a pipeline as there is at the moment.

3. Youth on Defense: This keeps me up at night. I alternate between 'abject horror' and 'giddiness.' On the 'horror' nights (usually Sunday leading into back-to-work Monday), I can't possibly envision, no matter the talent level, this defense coming together for the first month of the season without the kind of growing pains that gets you killed a time or two. Alternatively, my "giddy" nights has me dreaming of red and black sugarplums highlighted by a dominant defensive unit that is too talented to fail, smart enough to make up for the lack of experience and deep enough to not wither later in the 4th Quarter against anyone. The next 4 months are going to be insufferable.

4. Gurshall: Have you seen this interview? It's already made the rounds and is pretty tame, really. But the quiet confidence these two guys exude only compounds my sleeping problem...on the "giddy" side.

Methinks Keith Marshall looks stronger, which is exactly what he needed to do in the off season: Add strength without bulk.

5. SEC Network: The quality of players in the Southeastern Conference is unparalleled. Now, the announcement of a new network with ESPN has essentially guaranteed the rest of the college football world will forever be playing catch-up. I am excited that ESPN and ABC's video vault will now become available. How awesome would it be to see the replay (if it exists) of the 1971 Georgia-Georgia Tech game? Perhaps the 1975 Cocktail Party (Appleby-to-Washington) has survived and can be viewed as was originally broadcast. There has been no confirmation as of this writing that the ACC is in discussion with QVC regarding a 2015 Network Alliance.

6. Our Commissioners: By creating a Conference Championship Game, Roy Kramer set the bar for all other conferences to match. You want the real Leaders and Legends? They're down South, son. When the B1G launched their Network product a few years ago (you remember...the inaugural game featured the Appalachian State upset-for-the-ages over Michigan), Mike Slive sat back, watched the competition, noted what worked and what didn't, remained patient and pounced. If Mike Slive were a company, I'd buy stock.

7. Finebaum: The SEC Network - and their alliance with ESPN - does scares me a touch. You know what the "E" in ESPN stands for? "Evil" (or Enema, YMMV). The fact that Paul Finebaum could be involved terrifies me. You can take the boy out of Alabama, but you'll never take Alabama out of the boy. More Tim Brando, please.

8. Recruiting and recruiters: It'll be a smaller, more selective class this year with 5 great kids already committed. Now that Sony Michel is on board and Cedartown's Nick Chubb a Georgia lean, the situation at running back - present and future - looks as good as I can ever recall. I continue to be impressed with the recruiting skills of Bryan McClendon.

9. No Offense, but who can stop us? Defensive concerns aside, has there ever been a Georgia offense with more potential than what we have in 2013? I can't remember it. Is it my imagination, or do we actually have depth along the offensive line? There are a few folks already pointing to our opener in Death Valley as a potential score-board melter. I can see certainly this happening, but if things click we could give up a few points and still win by a couple of touchdowns. This game will be fun to watch, but...

10. ...South Carolina scares me more. I'm glad this one is at home. I think they're in our heads a little bit. They certainly were in our heads last October in Columbia. That game was over before it began. It happens.

11. Are we in Florida's head? I have a lot of Gator friends and I work with a lot of Gators. Make no mistake, the vast majority of bumper stickers, license plate frames and window stickers you see on a daily basis in south FLA are not from Florida State or Miami. The reptiles are everywhere: In the restaurants, banks, schools, canals, jails...you name it. Every one of them will tell you that this year's Cocktail Party is big. I've lived in south Florida since 1993, and you can imagine my life has been fairly miserable for many years during the late fall. This is the first time since 1993 that Florida people are telling me that "We must beat Georgia." I have seriously not heard this since the 80s. Music to my ears.

12. Tim Tebow is going to make a great CFL quarterback. I don't hate Tim Tebow, the person. I really quit caring about TIm Tebow "the quarterback" when he left Florida. Good luck to him.

13. Say goodbye to Georgia Tech...in a few years? A 9-game conference schedule is inevitable. As fierce as the SEC is and will continue to be, this puts the Tech game in jeopardy because, frankly, we have to have a few breaks on our schedule. We need the cupcakes; the carbs and refined sugar. Oh, wait. Tech is a cupcake. Well, bake me a batch and call me silly... 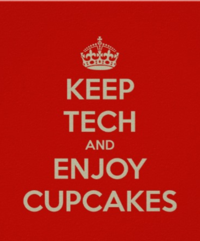 I crack myself up sometimes...

14. I hope our kicking game has improved. Another thing that keeps me up at night is one of those ball games in the first month of the season coming down to a long kick.

14A. However, I might sleep yet: Aaron Murray is still our quarterback.

15. Totally (and forgive my indulgence) Off-Topic: There is no way in hell that son-of-a-bitch dead terrorist should be buried anywhere in the United States of America. Wrap his bones up in a canvas sheet, take him about 20 miles off shore and dump him in the deep. Finis.

Okay, folks. Those are my brief thoughts as we head into the true doldrums of the calendar year as it regards college football. Good thoughts and good luck to everyone. Hope our players continue to do the right thing, hope everyone stays healthy and focused as the Dawgs Days are closing in quicker than an expanding Bermuda High.

16. Many thanks to some of our regular contributors who have really stepped up with some great original content in recent weeks. Truly appreciated and excellent stuff. Don't be shy, folks. If something's on your mind, write it.

UPDATE: 17: Most Important: Thoughts and Prayers...