Don't hide from it. It was one of our best, gutsiest performances all year.

In moments of distress, especially as it relates to Georgia athletics, I usually find comfort in the words of Lewis Grizzard. The old boy was just as much of a Bulldog fanatic as he was a gotta-find-me-another-future-ex-Mrs.-Grizzard fanatic, and that's saying something. During the highest highs, he was euphoric along with us. During the lowest lows, he was down there in the doldrums with us. Personally, I think the title of this book fits pretty well here: 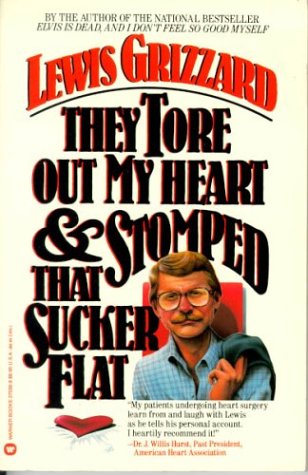 This book is actually back in print and can be purchased at this link. I don't find it to be that coincidental that it came back into print after this game.

But, as usual, I'm getting ahead of myself. As is natural for us after such a traumatic ending, all we can remember is the final result. I think it's worth revisiting, however, to remember what a magnificent effort these Georgia Bulldog men... these Damn Good Dawgs... expended for 60 minutes, only to come up a few yards short.

The build-up was immense. After demolishing the Engineers the week before, Georgia was #3 in both major polls and in the BCS. (We even got a first place vote in the coaches poll.) Alabama was #2. Notre Dame was #1, and had finished their regular season schedule, so they had already punched their ticket to Miami. The winner of this game would not only win the SEC championship, but was virtually guaranteed the #2 spot in the BCS National Championship Game against Notre Dame. It was as epic a scenario as any Georgia fan could imagine. There were so many parallels to the 1980 season... how could we not feel that destiny was on our side?

I was fortunate enough to have seats on the 50 yard line for this game. (They were about 6 rows from the roof of the Dome, but hey, 50 yard line is 50 yard line.) I could only describe the pregame excitement and atmosphere as intense. I have attended every game the Dawgs have ever played in the Georgia Dome, and I can say without hesitation that this pregame was as intense as I've ever seen.

Usually, before an SEC Championship Game, the fans on both sides are a little nervous, a little excited and definitely loud during the pregame festivities. On this day, however, fans of both teams fully believed that if they won this game, they were going to not just play for, but win the national championship. Both sets of fans were confident, and both were loud and intense, both in pregame and for the entire game itself.

As the Redcoat Band marched its (abbreviated by TV) pregame medley, the Georgia fans thundered along with their "Go Dawgs!" and "G-E-O-R-G-I-A" chants. As I said, I've been here before, but the crowd felt different on this day. They were confident. They were certain in their boys. Oh, the Bama fans always think they're going to win, but that feeling was palpable from the UGA fans, as well. We knew our Bulldogs wouldn't let us down on this day. (And they didn't.)

When I originally got home from Atlanta after this game, I watched the highlights on ESPN one time. Just one time. And since that day, I have not seen any part of that game again. For you, though, dear reader, I ventured into the depths of my DVR and finally re-watched the game to the dulcet accompaniment of Uncle Verne's play-by-play and Gary Danielson's analysis.

I agree with virtually the first thing that Uncle Verne said, too. "When these two teams look in the mirror, they probably see... each other." And he was right, for the most part. Alabama played crushing defense and had a running offense that could slap wear you down. Georgia, over the last 5 games of the season, had held all of its opponents to season-lows in scoring, and our newly-found "Gurshall" offense could light you up like crazy, too.

From the first set of drives, we saw how this game was truly a match of equals. Bama got the ball first, but were stopped by the UGA defense and forced to punt. Then Georgia took the ball, but was stopped and forced to punt. It was like the early rounds of a major heavyweight fight, with both competitors feeling each other out. There were a few hits back and forth, a fumble recovery by Georgia and a missed 50-yard field goal, but no one was able to score throughout the entire first quarter.

Georgia had a 4th and 10 situation on the Alabama 36 going into the second quarter, and on the very first play of the quarter, Mark Richt called an audacious fake punt, with TE Arthur Lynch being called on to chuck a fast pass downfield to Sanders Commings. (This was coming after an Alabama fake punt on the previous drive, which was called back for, of all things, delay of game.) Georgia's fake was successful, going for 16 yards and a first down, and two plays later, Aaron Murray connected with TE Jay Rome on a 19-yard touchdown pass, putting the Dawgs up 7-0.

Alabama tried to strike back immediately, but Sanders Commings came up with his second huge play in as many drives, making a big interception on A.J. McCarron in the endzone. The Tide got their score the next time they had the ball, however, tying the game at 7.

Then, it looked like the wheels started to come off. Aaron Murray threw a long interception on Georgia's next possession, and it was returned to the 47 yard line. Then the clock became our friend, as Alabama, who had the unquestioned momentum, ran out of time on the 5 yard line and had to settle for a field goal.

So, at halftime, the score was Alabama 10, Georgia 7, and we were all standing around and nervously hoping that the second-half team we'd seen all year would show up when they ran back onto the field. Fortunately, they did.

The offense got the ball first, and they marched 75 yards down the field in 9 plays to emphatically re-take the lead, 14-10. Once again, Alabama tried to immediately strike back, driving the ball 39 yards in 10 plays, but finally being stopped at the 36 yard line. They were left to attempt a 49-yard field goal.

And then... this happened.

I have to tell y'all the truth, guys. I couldn't breathe after this play. For real. Alec Ogletree had just put Georgia ahead of Alabama 21-10, in the SEC Championship Game of all things, and I couldn't freakin' breathe. For the first time in my life, I said to myself (and believed it completely), "We're going to win the damn national championship." I said it almost under my breath, in a whisper that would have been barely audible even in a quiet room. My wife turned around from celebrating, took one look at me, and seriously asked me if I was ok. I could barely even stand. In fact, I had to sit down for a minute. This was it. Our destiny had come. This was finally our damn year.

Let it never be said, however, that Alabama doesn't have the heart of a champion. They were down by two scores, and had just given up a huge, demoralizing play, but they took the next possession and ran it 62 yards down the field on 5 plays (including one questionable pass interference call on Damian Swann). Then, of all things, they went for two and converted, bringing the game back to a one-score affair with a 21-18 ledger in Georgia's favor.

As the third quarter wound down, the Crimson Tide sustained a long, punishing drive, running the ball mercilessly and ending the third period on Georgia's 1 yard line. Eddie Lacy took it over the threshold on the first play of the fourth quarter, putting Bama back ahead, 25-21.

And then, ladies and gentlemen... then the 15-round epic heavyweight fight analogy truly became a reality.

The Dawgs didn't stay down for long, taking the next possession 75 yards in 5 plays for a touchdown to put Georgia ahead 28-25. Then Alabama tried, punted. Then Georgia tried again, and punted. Then, with 3:15 left in the game, Bama took advantage of all the running plays they'd been calling, springing a long receiver 45 yards down the field. A.J. McCarron hit him, and the Tide had retaken the lead, 32-28.

Again, I can't lie to you folks. I became one of those of little faith. My confidence had been broken, and I gave up. I told my wife to pack up... that we were leaving. I wasn't confident that we could topple the mighty Alabama defense in the remaining 3:15. I told her we would watch this possession, but if we went 3 and out, I was leaving. Welp... we went 3 and out. So, we left. I was crushed, and though I frown at people who do exactly what I was doing, I just couldn't stand it. The pain, the anguish... I just couldn't do it.

To be more specific, we left our seats and walked out to the concourse, where I watched Alabama's ensuing possession, telling myself that if they got a first down, I would walk out the doors, because the game would really be over. Well, Alabama then went 3 and out. So, I continued to watch as Georgia got the ball back.

I don't have to tell y'all what happened. You know. We don't have to relive it. Chris Conley (a Damn Good Dawg who can't be faulted) caught the tipped ball, we fell 5 yards short, and the Alabama Crimson Tide won the game, 32-28, won the SEC Championship, and went on to demolish Notre Dame to win the BCS National Championship.

If you'd like to watch the full game again, it's here:

I've heard many people, even Tony Barnhart, call this game the greatest SEC Championship Game ever played. There's no doubt in my mind that it is. I tweeted during the 4th quarter that, win or lose, this was the greatest college football game I'd ever witnessed, and I still believe that's true. Nobody wants to celebrate a game that we lost, especially in such heartbreaking fashion, but we can't ignore the effort the men in Red and Black put forth on this day.

After that game, I was gutted. But I was still damn proud to be a Georgia Bulldog. Both teams made mistakes on that day, but both teams also showed enormous heart, grit, and came back after every setback. Both teams played like champions and left everything out on the field. Our men gave everything they had, and no one could have asked any more of them. It was the proudest I've ever been of our team after a loss.

I was also equally proud of the Georgia Bulldog fans in Athens, who greeted their vanquished team thusly upon their return:

I can't in all honesty say that it was our finest hour, but I also can't say that it was far off. They tore out our hearts and stomped those suckers flat... but it's still great to be a Georgia Bulldog.