Fifteen (more or less) Thoughts Because I'm a Little Ticked Off...

At Dawgsports, we pride ourselves on not being just another "Georgia Football" blog. Our staff does an excellent job covering all Georgia sports. I've got a few thoughts on our recent National Signing Day, YouTube sensations, bad referees, agreeing with Auburn fans (what?) and general contemplation about all things Georgia...

Share All sharing options for: Fifteen (more or less) Thoughts Because I'm a Little Ticked Off...

It's been a while since I posted my last "Fifteen Thoughts." Heck, it's been forever since I've even had fifteen thoughts. Much has happened since our SEC Championship game heartbreak, our comeback bowl victory over Nebraska and all the other stuff (UGA-related and otherwise), so here it goes:

1. Given our limitations, Georgia played a very good game last night and 'transition basketball" was fun to watch. I honestly thought we were the better team, but...

2. ...defeating a team on the road is never easy. Winning on the road while playing against a blind, 3-headed zebra is impossible. Chuckdawg's post-game wrap pretty much sums everything I could possibly say (but will say anyway).

3. I don't blame Marshall Mathers Henderson for acting. I blame him for being a punk. The kids isn't "spunky", he's a jerk. Live with that. The day I start agreeing the the sentiment of Auburn fans is the day a meteorite will strike Mother Russia.

4. What troubles me is that, after video review, the refs still bought it. Notice how Henderson's head is snapping back as Kenny Gaines' elbow is rising. This was a cheap, pre-meditated move that the Mississippi guard has been saving for just such an occasion. The arc of Gaines' elbow never extended outward, either. This is obvious. Henderson got into the ball handler's space, and Gaines has every right to "possess" the ball within his space. IF Gaines made contact with Henderson's substantial schnoz, it was only an insignificant grazing. The refs were cowards. Did they acquiesce to a hostile environment? Absolutely. I'm convinced that the SEC has the crappiest of the crap when it comes to referees in all sports. Thanks for losing the game for us. Well done. Idiots.

4a. Kenny Gaines played very well last night. I love this kid's upside. We gotta start utilizing his talent like we did Travis Leslie.

5. So, Ole Miss is going to build a new basketball arena. Where in the hell is this school getting their money from? Maybe they'll just weld two double-wide's together and raise the roof. Man, I'm grumpy today...

6. Georgia plays better basketball on the road. This bothers me. Why? Because our home games are being played in a dead gym. Except for the student section and those few faithful fans that show up, Stegeman Coliseum has been a sarcophagus. It certainly seemed to be against 'Bama last Tuesday. I understand winning will help this, but we were winning. It is very disheartening.

6a. I really expected Georgia to show up in Oxford flat. The opposite happened. Good on 'ya, Coach Fox.

7. Was Donte Williams fouled on the brilliant inbound lob from Nemi Djurisic that should have won the game with 0.6 seconds left? I think he was. There was contact and the ball still nearly went in. This would have been justice, but for Georgia basketball (at least this season), there is no justice. Coach Fox had an excellent game plan and the design of this play was brilliant. For his sake, I wish it would've fallen in at the buzzer. The man is trying, folks. I am still a Mark Fox fan.

8. In the grand scheme of things, this game means nothing. Georgia isn't going anywhere in the post season, unless we essentially win out and have a good showing in the SEC Tournament. Ole Miss, if they get an NCAA bid, is a one-and-done team. But I hate watching our guys give their all and have the rug pulled. The technical foul absolutely flipped (there's that word again...once again being associated with Ole Miss) the momentum of the game and cost us another victory on the road. Hopefully, we get these guys again in the Tournament and get a little pay-back.

9. So, suddenly Ole Miss is a hated rival? Not really. We played them on the 4-year rotation in football and see them annually in baseball and basketball along with our other NR sports. But they have become a boil on our ass lately. Sorry for the language, but we have a big ass. 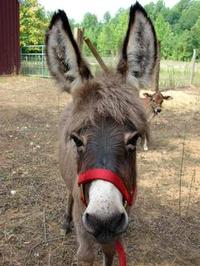 10. So much has been written, discussed, fretted-over, expounded upon, dissected, bi-sected and over analyzed that I'm not going to add much. Except this: We have a lot of new athletes that have a lot of potential. And they want to be in Athens. These guys deserve every bit of our support and those of us who get caught up in all that "Star Power" need to step back, quit looking at our rivals ledger, and embrace what is a very, very good class. These kids are the future. Some may become the present quite quickly. But our 2013 team is more veteran than is being given credit for. Despite our attrition at almost every position on defense, it's not like the "replacements" haven't played before.

11. Thirteen early enrollees. This is important. Our lucky number might just be 13...

12. It is critical that we keep our noses clean. The first month of our season next year demands this. Having said that, I believe our team will do so. I certainly hope the coaching staff is reminding these guys every day what is at stake as we gear up for Clemson, South Carolina and LSU right off the bat. I am convinced that much of our defensive issues last season stemmed from a lack of cohesion when the season started.

12a. This makes me sad, but I'm not surprised (see item #12). Talent will take you places. Character will keep you there.

13. On 2 of the 3 major network Sunday morning news programs, the Harlem Shake - featuring the UGA dive team - was again aired in all it's glory. I'm loving the pub on this. Sixteen Million YouTube views and counting. Good stuff.

14. I'm a scientist by trade and nature. The meteorite that exploded near Chelyabinsk continues to fascinate me. A couple of things about Russia:

Baseball and other sports...

15. Georgia Southern evened the 3-game series down in Statesboro yesterday, besting the Diamond Dawgs 3-2. A tough loss on a cold day.

15a. I cannot say enough about how great a job NCT is doing in his "Beyond the Hedges" series. No one in the blogosphere is dedicating himself to highlighting the other Georgia sports programs.

Beyond the Hedges routinely makes me feel like a better human being for having read it. - Kyle King

Behave and stay warm. Until next time, Ole Mi$$ $uck$ and GO DAWGS!