I am dissapoint. - Kevin C. Cox

I'm not going to lie and say I slaved over this week's poem, because I didn't. Let's face it: I don't really care about putting up anything this weekend. You don't really care about reading anything this weekend. Football is dead to us well, except to those of us who are junkies and who require a cfb fix to get us to Hate Week, and what matters most happened last weekend and/or will happen next weekend. I could write yet another rant about how WE PLAYED LIKE FRIGGING, FLAMING CRAP LAST WEEKEND AND WHY OH WHY FOR THE LOVE OF MUNSON CAN WE NOT FIELD SOMETHING AS BASIC AS A COMPETENT LONGSNAPPER AND HOW IS IT POSSIBLE THAT OUR OFFENSE CANT GENERATE POINTS AGAINST %^&%&^^$@$#@ VANDERBILT EVEN THOUGH ITS MISSING ITS FIRST FIVE STRINGS OR WHATEVER AND WHY DOES OUR DEFENSE RESEMBLE THE UNFORTUNATE FINAL MONTHS OF MY DACHSHUND/CHIHUAHUA MIX'S LIFE IN WHICH SHE WAS SO BLIND THAT SHE WOULD JUST WANDER INTO A CORNER AND STAND THERE BECAUSE SHE COULDN'T SMELL OR HEAR OR SEE WHERE TO GO AND ONE OF US HAD TO WALK OVER TO THE CORNER AND PICK HER UP AND PUT HER WHERE SHE NEEDED TO BE AND THEN SHE'D DO IT ALL OVER AGAIN BUT WE LOVED HER SO WE WERE PATIENT WITH HER BLESS HER LITTLE HEART...

But I'll refrain from doing so. Hate Week is also coming up. My rabid rage over those two COMPLETELY AND UTTERLY FARGIN' OUTRAGEOUS BS TARGETING CALLS THAT GAVE VANDY THE GAME AND KILLED ALL OUR HOPES AND DREAMS AND FULFILLED WHAT I KNEW WOULD HAPPEN WITH THAT TARGETING CRAP FROM THE BEGINNING OF THE BLASTED SEASON ARE YOU HAPPY NOW REFS YOU SCREWED GEORGIA OVER AGAIN WITH NOT JUST ONE BUT TWO PWGS I WOULD STOMP MY FOOT IF I WASNT AFRAID OF GETTING PENALIZED YOU MANGY MANKY SONS OF GATORS OR CROCODILES HOW CAN YOU TELL FROM THEIR STUPID MASCOT LOGO DESIGNS I MEAN SERIOUSLY...ahem. Sorry about that EXCEPT IM NOT SORRY AT ALL IM STILL FURIOUS AND INSANE WITH ANGER I CANT WAIT TO TAKE IT OUT ON THOSE GATORS DURING HATE WEEK. Almost lost my cool. So Hate Week is coming up, and I don't know what I'm going to do for the four other days after the first. Mom has put in a request for a Halloween poem she found on the Internet, but other than that, I'm still waiting for inspiration to strike. If any of you can strike up enough energy to post requests below, feel free. Football may be dead AS THE BEST KIND OF GATORS to us, but surely our hatred for Florida is still burning hot.

Oh, yeah; the poem. I should probably post the poem. This week's poem is inspired by a poem written by the woman who brought us Alexander and the Terrible, Horrible, No Good, Very Bad Day. What could be a more appropriate choice? I mean, that whole book is full of ridiculously terrible things happening to this one guy. How many pages deal with him getting injured in some crazy way and then complaining about it? Stick a G on his chest and be done with it (and note his ginger hair; could Joe Cox's middle name be "Alexander"? DOES JOE COX KNOW HIS MIDDLE NAME OR ARE THE ATHENS COPS GOING TO ARREST HIM FOR BEING A FOOTBALL PLAYER) She also wrote a book called Sad Underwear, which may or may not be a Damon Evans expose. The original poem (you just knew I was going to get to the point eventually, didn't you?) is called "If I Were in Charge of the World," but I, of course, have changed it to "If I Were in Charge of Football." With apologies to Judith Viorst:

and targeting calls-at least the PWG ones.

you wouldn't have bad calls,

you wouldn't have queen*,

You wouldn't even have Gators.

A tight end with competent hands would be a receiver,

Only W's would go to the G,

and a person who sometimes forgot to write,

and sometimes forgot to get it right

would still be allowed to be

in charge of football. 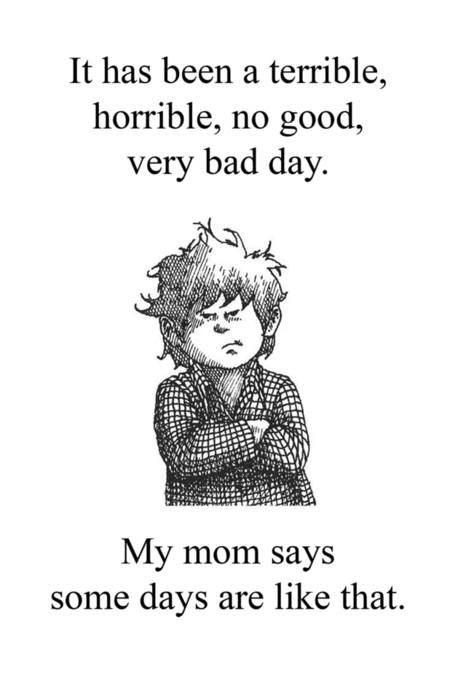 My mom says a lot of days are like that, and she should know as a Bulldog fan. 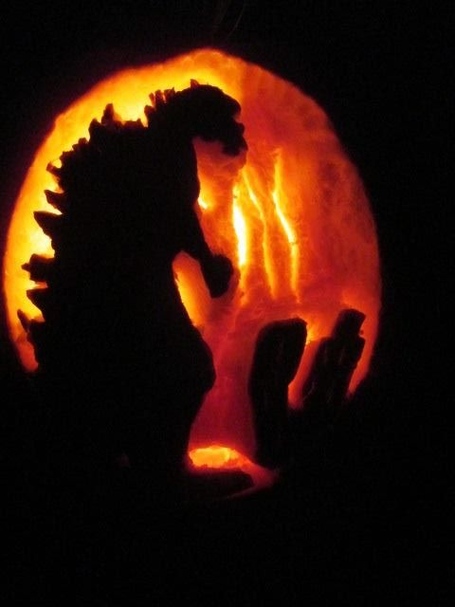 Speaking of Mom, here's this year's pumpkin masterpiece. What better to carve than something frequently punished for stomping and targeting?