Share All sharing options for: Barometer or Thermometer? Week 2

If you perused my first installment of barometer/thermometer games, you are familiar with premise. If not, here’s quick primer of what I’m talkin’ ‘bout. Basically, no cupcake games allowed.

Spears has broken down the match-ups that you really shouldn't bet on and added a few more that probably shouldn't even watch. Red Crake has provided a handy-dandy road map (It's actually better than the TV Guide) so you can get a quick glance of what’s available and when this weekend. So, without further ado, here’s a few (it's really pretty slim-pickens, folks) of week 2 college football games that will not only be measured by fan attendance, Nielsen Ratings, or toothless callers into the Finebaum show, but also by fancy high-tech weather equipment.

Auburn @ Mississippi State (Noon on ESPN – which is really 11 in the A.M. local time). Gene Chizik’s post-Newtonian reclamation project hit a bit of a snag last weekend against those other Tiger’s from Pickens County. Now, they have to kick off in northern Mississippi, late-morning style (it'll be an 11:00 A.M. CST start) against a dangerous Mississippi State team that, if they can clear the tunnel upon entering the field, could do some serious damage. This is a barometer game for Dan Mullen. His squad seems to be improved, and improvement is the goal down in Starkville after the Bizarro Dogs took a step back last season.

People are starting to talk a bit down on The Plains. If Auburn loses again, I'm predicting a very localized heat wave for a certain part of the Yellowhammer State. Reuben Foster might be wishing his tat from a box of Cracker Jack.

Air Force @ Michigan (3:30 on ESPN2). I almost didn't include this, but this game interests me because I want to see how Big Bruise Blue reacts after their dismemberment on live TV. Michigan had better focus on the triple option ground attack of the Air Force, which almost seems like rubbing salt into an open would after what ‘Bama wrought last weekend. Air Force is not to be taken lightly because the Tri-Opt is simply the kind of offense that can wear down an already tired team, and Michigan just looked flat tired at the end of their game last weekend. Brady Hoke is not on any hot seat, so this one’s a pretty simple call. Just where do you stand, Wolverines? 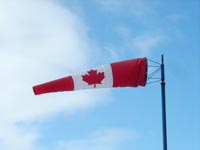 I'd not only rather watch a wind sock, but a Canadian wind sock than watch a Notre Dame football game

Before I wax poetic, you really need to check out TAMU's new SBNation write up on this game. It's a thing of beauty. These guys obviously brought a gun to a knife fight.

This game is going to reveal much about both teams. Texas A&M couldn't really finish games last season. Can Kevin Sumlin bring a toughness to College Station and hold late leads? Of course, he's in his first season down in the piney woods of east Texas, so no matter what happens, he's good for a while. A&M had to postpone their week 1 match-up last week because of Hurricane Isaac, but probably enjoyed watching Florida spurt and sputter against Bowling Green. I don't know if it's an advantage to have not played or not, but it's a big game as the Gators come calling and the SEC hostilities begin for the Newbies in Maroon and White.

Florida has named Jeff Driskel their starting QB, so everything's fixed, no? This game is actually a pretty good indicator of where UGA's Secret Spy in Gainesville Muschamp is heading this season. They can't be looking ahead towards Knoxville and they can't look back at their lackluster effort against Bowling Green. At any rate, it's an SEC game and it's a pressure game, too. This is a tough call on the Sunshine State Saurians.

This a thermometer game...for Sheldon Richardson. Regarding the State of Mizzou's football program, this game is easily measured in barometric pressure. Fans generally like Gary Pinkel, his coaching staff and the level of talent he's assembled in CoMo. At least, for now. The atmosphere for this inaugural SEC tilt for the Tigers should be Carnival-like. Well, at least as much as Mid-Westerners can be compared to Carnival. Win, and Missouri has an immediate leg-up in the SEC East race, although their schedule is tough. Lose, and it's just part of the process.

Georgia is coming into this game with injuries, some suspensions (or not), and a few questions which has lingered for a few days now since week 1. Mark Richt removed himself from the hot seat last season by winning the SEC East. A win on Saturday night just reinforces the notion that Richt has turned things around and the program is once again ascending. Is that ascension on the same curve as 2001-2005? That remains to be seen, but winning this game will go a long, long way towards answering this in the affirmative.

That's all I got for now. See you in Columbia.