Vanderbilt Commodores at Georgia Bulldogs: Too Much Information

Share All sharing options for: Vanderbilt Commodores at Georgia Bulldogs: Too Much Information

The Vanderbilt Commodores will be paying a visit to Sanford Stadium tomorrow night to try to improve to 1-1 in the SEC East, which would tie them with your Georgia Bulldogs and, potentially, a handful of other SEC East teams, depending on how things go in other games tomorrow. Like me, many Dawg Sports readers look forward to T. Kyle King's pre-game rundown of what you need to know (and then some) about the weekend's opponent and match-up with the Dawgs. It is my sad duty to inform you that the Mayor is out of pocket, and I humbly am filling in for him. I can't possibly live up to the fine and voluminous work Kyle always brings to the task, and there is plenty of information available already, what with this week's podcast and the fine Q&A exchange between our own Mr. Sanchez and Christian D'Andrea of SB Nation's Vandy blog (Mr. Sanchez's answers to questions at Anchor of Gold and vice versa here), but I will do my very best to provide you with not just eine kleine Menge von Daten, un petit ensemble de faits, nor un poco de conocimiento, but (an abbreviated version of) Too Much Information.

Hey, remember the last time Georgia played Vandy between the hedges in a night game? Me either. I've done a little research on the matter, including exploring the excellent archives found in USA Today's web site, ESPN,com, georgiadogs.com, and my dad's memory, and I can find no reliable record of a night game between Georgia and Vanderbilt in Sanford Stadium. Ever. If you have information or recollection to the contrary, please share in the comments. (And if someone somewhere already pointed out this Fun Fact, let me know.)

So. Night game in Athens against Vandy. Nationally televised on ESPN2. Not Homecoming. WOO HOO IT'S A COMMODORE CULTURE CHANGE #HOWBOUTTHEM1-2DORES

Georgia leads the all-time series 52-18-2. However, as we have heard once or twice, this may not be your daddy's Vanderbilt. Let's hope it's not my daddy's Vanderbilt, either, since the Commodores had a nice little three-year winning streak against the Bulldogs when he was a student at Georgia. So far in the very young 2012 season, Vandy ranks tenth in the conference in total offense but a lofty third in total defense (all games). Standout RB Zac Stacy is seventh in the SEC in rushing yards per game, and Jordan Matthews places third in receiving yards per game.

Sorry. That's all I got. They're still 1-2 with their lone win over a Presbyterian College team that ceded 712 yards to Tech. (Meanwhile, UGA ranks first in total offense, eighth in total defense; Todd Gurley is fourth in rushing yards per game, and our leading receiver Michael Bennett is fifth in receiving yards per game. However, it must be noted here that, in addition to the very limited sample size of three games, Georgia has used a lot more targets in the passing attack: Vandy has cranked out only 208.7 passing yards per game, good for eleventh in the conference, compared to Georgia's 295 for third.)

But as Kyle pointed out in the podcast, it seems like Vandy always plays us tough. Three of the last six meetings were decided by five or fewer points, and a fourth was only a ten-point win by the Dawgs. When you don't lose very often to a team, it's often easy to forget how close many of the wins were.

Georgia stands at 3-0, a feat the Bulldogs hadn't managed since 2008, which also happens to be the last year the Dawgs started 4-0.

Much has been written about the fiery natures of Vandy head coach James Franklin and UGA defensive coordinator Todd Grantham and the confrontation after last year's game when Grantham persuasively set forth his case for why Franklin did not, perhaps, have standing to reprimand one of Grantham's defensive charges over how Franklin believed the young man should behave. Will it have an effect on this year's game? I will not be surprised if both teams bring a bit more energy and aggression to the match. Should that be the case, it is my hope that the officials and coaches both detect any dangerous signals early to keep things from escalating on the field of play into a personal foulfest. 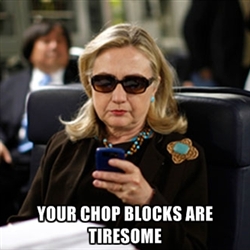 Feel Good Stat of the Week

In the entire history of the UGA-Vandy series, which dates back to 1893, Georgia has never lost more than once to Vandy under any one head coach's tenure. Mark Richt got his loss out of the way in 2006.

Fell Bad Stat of the Week

The last time Georgia played an SEC opponent at night in Sanford Stadium, the Dawgs lost to Kentucky 34-27.

(OK. These aren't exactly stats, but I'm much more of a history guy than a numbers guy.)

Last I saw, the line on this game favored Georgia by a couple of touchdowns with an over-under of 50 points. So if that holds true, we're looking at a UGA victory in the 31-17-ish range. I like our offense better than that, but given how games in this series often go, I reckon that wouldn't be an awful prediction. What would make me feel pretty good afterward is if the game were on track at halftime for that kind of final score only to see Georgia shut the 'Dores down in the second half and pull away for a more lopsided final tally. #trending

Right now, the Florida Gators leads the east with a 2-0 SEC record with Georgia and South Carolina in the hunt at 1-0 each. Technically, it's possible for Georgia to climb to first place in the division with a win tomorrow, but that would require a South Carolina home loss to Mizzou in Columbia, which seems unlikely, and a Florida loss to Kentucky in Gainesville, which seems even less likely laughable (but I do love to laugh). It's far too early in the schedule to talk much about standings, however. At this point as always, a win would be a win, beautiful or ugly, and it would keep all possible goals intact. (A loss, however, while not the end of the world, would cause chaos and panic among fans everywhere, so let's try to win this one, shall we?)

My prediction: It is my policy never to predict the outcomes of Georgia football games, but please hit me with yours in the comments.