Share All sharing options for: Barometer or Thermometer? Week 4

As we head into the 2nd quarter of the College Football Season (the time…it flies!), we are starting to see some separation between those schools where the next game simply measures the present state of their program (a Barometer game), or those schools where the next game can be considered a Thermometer game because someone's backside is en fuego!

Tennessee’s second-half stumble against Florida last week probably positioned a permanent Bunsen Burner to 'Son of Dooley’s' posterior, and those who were ready to declare the Volunteer program resurrected certainly had to tone things down a bit. However, at this present time, perhaps nothing compares to the raging dumpster fire that is still in a 4-alarm state over in Fayetteville.

Shortly after Arkansas Athletic Director Jeff Long announced John L. Smith the next head coach, he paused for a moment of reflection. Shortly after this photograph was taken, he spontaneously combusted.

So, here are some select match-ups for this weekend which, once again, are best left up to the meteorologists to decide how things are really measured.

It's probably already a foregone conclusion that Joker Phillips tenure in Kentucky is nearly over, especially after losing in overtime to Western Kentucky. UK may not even be the 4th best team in the state. I imagine if they played Bowling Green, the line on this one would be a push.

UK will man-up and take the field the rest of the way, and for those of us who view a college football season as something ephemeral, Kentucky fans are probably lamenting the length of time this season will take to play itself out. Florida might score 60 on the Cats this weekend. Kentucky is just getting ready to throw their chip into the Bobby Petrino sweepstakes. It's all part of losing in the SEC. 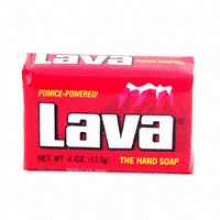 Oh, Goodie! Here's a match up I can get into. Missouri gutted out a tough victory against Arizona State last week as James Franklin (the good one) had some shoulder issues and <sarcasm font> wouldn't play through the pain </sarcasm font>, in no small part to Jarvis Jones' constant hits the previous week. Franklin hopes to be back as the Tigers travel to their first SEC venue for a nationally televised tilt against the 'Cocks of Columbia.

Connor Shaw is expected to play for Carolina, despite having a "hairline fracture" in his shoulder. Missouri's defense is better than Vandy's, and Vandy put a few licks on Shaw which has kept him out of the regular rotation since week 1. This game will feature a weakened Mizzou offensive line against a fierce Carolina defensive front, and virtually vice-versa. I think points will be a premium in this one and will go a long way in determining the state of both programs.

Louisiana-Monroe gave Auburn all they could handle, which still added heat and pressure and heat to Gene "Metamorphic" Chizik. Auburn just doesn't look good on offense and LSU is going to do nothing to change this reality.

This will be Zach Mettenberger's first true road test in front of a hostile SEC crowd. It's a night game and strange things can happen inside Jordan-Hare Stadium when the sun goes down. I once remember getting blasted by a water cannon there in 1986 for no particular reason. I was just drinking rooting my team on and WHAM! A cold shower on a cold night.

I think this game will be close for a while, but LSU will pull away.

It's not quite "two mules fighting over a turnip", but it's pretty close.

Verdict: My eyes they burn!

This is an interesting little get-together. This is what I know about both schools: They are in tornado alley, and chuckdawg lives fairly close to both and says it hasn't rained since 2007. Oklahoma is Oklahoma (whatever that means) and Kansas State beat the living crap out of Miami (FL) a few weeks ago which, under the circumstances, doesn't mean diddly-squat because Miami (FL) ain't what it used to be. However, this will go a long way towards determining the Big 8 12 10 12

If Florida State doesn't trip all over themselves at home, they should win this game with ease. Clemson has talent, but they're Clemson which means this scenario has a 50% chance of rain chance to play out:

A: Clemson loses, no shame in that...or

B: Clemson wins, receives a top 5 ranking in the upcoming polls, and then loses next week at a horrible Boston College team.

I'm going with option A, but YMMV.

There are fewer cupcakes this week and the meat of Conference play has pretty much commenced. Enjoy your football, folks. It's truly a short, short season.