Dawgsports Pictorial: A Fine Day for Football in Missouri

Share All sharing options for: Dawgsports Pictorial: A Fine Day for Football in Missouri

Vineyarddawg and I took a few photos during our weekend in CoMo. Here is a sample to help you get a feel for the place with a few of the sights (if not the sounds) from the newest member to the SEC and, by God, some of the nicest folks around. We've devoted quite a few lines of text over the last week emphasizing just how welcoming everyone was, but It's a fact! They were simply excellent hosts. Enjoy!

For me, it all began with a plane ride... 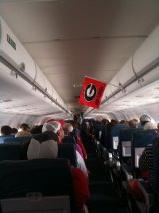 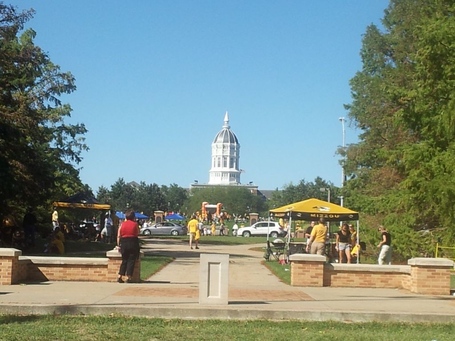 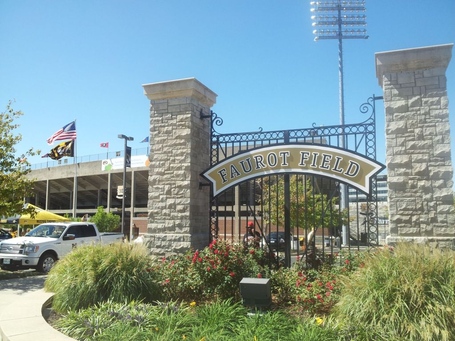 At the gates of the enemy opposition. 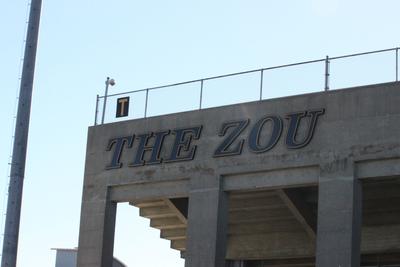 Outside of Farout Field, pressbox side - otherwise known as "The Zou." It's really a great venue. And it's loud. 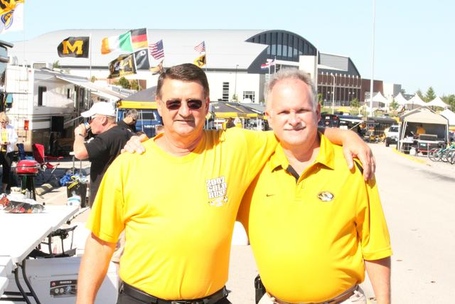 These gentlemen invited me to their tail gate on Saturday...at about 9:30 A.M. As fine a collection of folks as you'll ever meet. Missouri's new Mizzou Arena is in the background, where the Fox Hounds will do battle in a few short months. 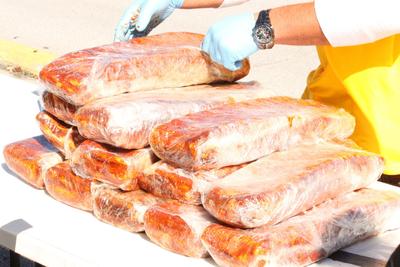 This is what they were cookin' up. Dry-rubbed for about 24-36 hours. Their smoker was nicer than some people's houses... 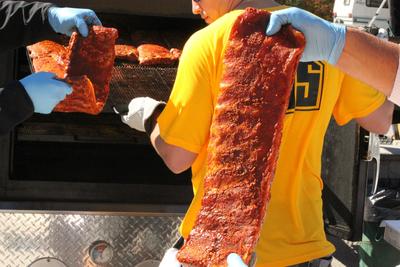 A random picture of Hiawatha Berry...the latest inspiration for Pop-Tarts. I digress... 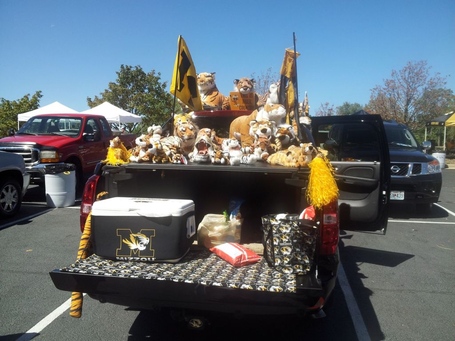 They love their Tigers in the "Show Me State." 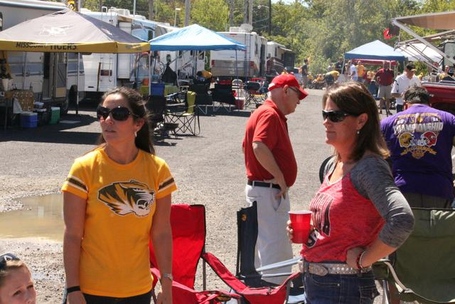 My sister making "friends with the enemy" at the RV park on Providence Road. Red Solo Cup! Good Times. 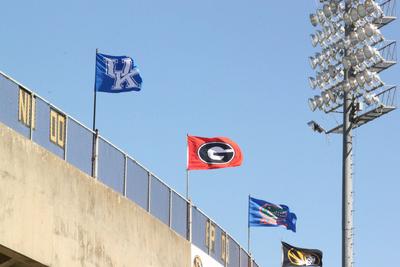 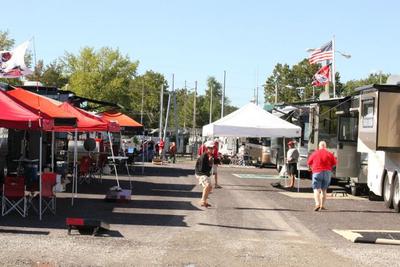 After a stormy Friday afternoon, Saturday dawned with clear-blue skies and coolish temperatures. Just an absolutely glorious day for football, made perfect by a Georgia Bulldogs victory. How 'Bout 'Em! 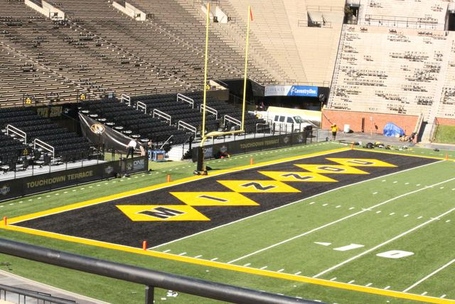 I sneaked inside the stadium several hours prior to kickoff. This particular end zone just happens to be Jarvis Jones' personal playground. 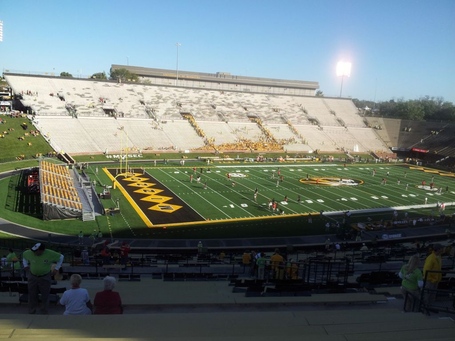 Folks beginning to take their seats. This is vineyarddawg's perspective. I was sitting in the upper deck, top left corner across the way. It wasn't a bad seat 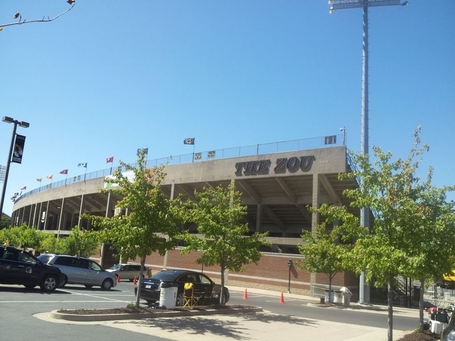 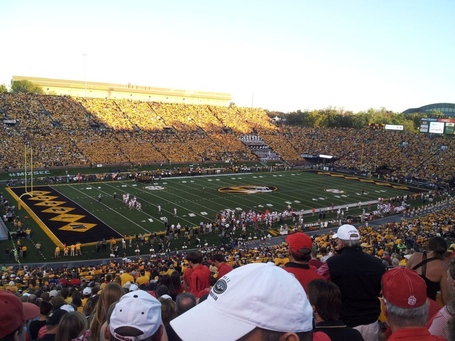 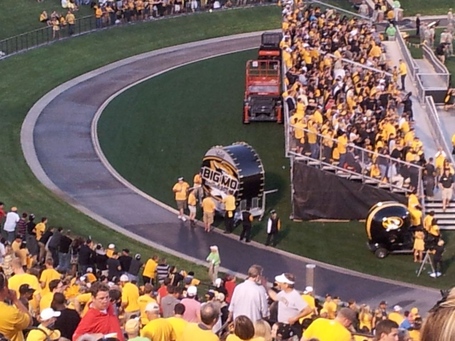 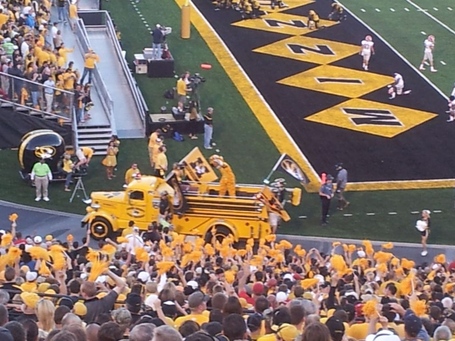 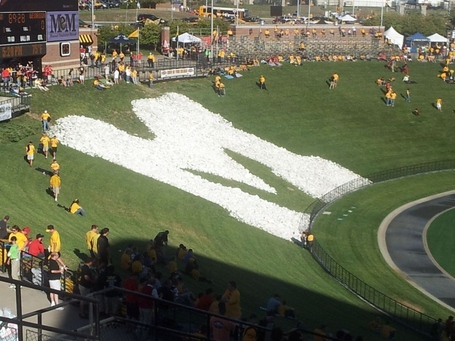 The 'Rock M' is actually made out of rock. This area was SRO during the game. 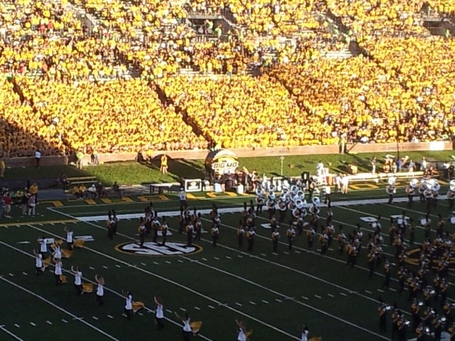 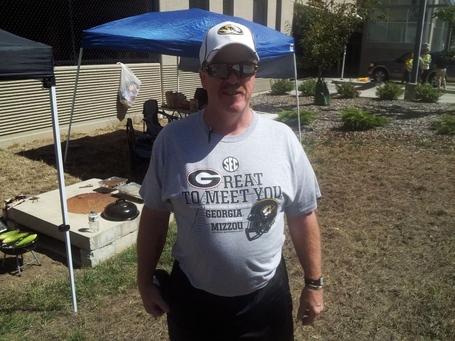 This photo never gets old... 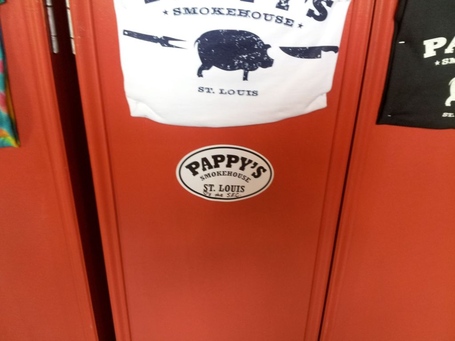 Vineyarddawg says a visit to this place should be on everyone's bucket list. Unless you're a pork-hatin' Commie.

Personally, this was a top 3 "away game" experience. When Mizzou comes to Athens next season, I hope we are as welcoming to them as they were to all of us. And, I hope we whip 'em again!