Share All sharing options for: Georgia Bulldogs 2012 Olympic Update: Allison is the Schmitt! 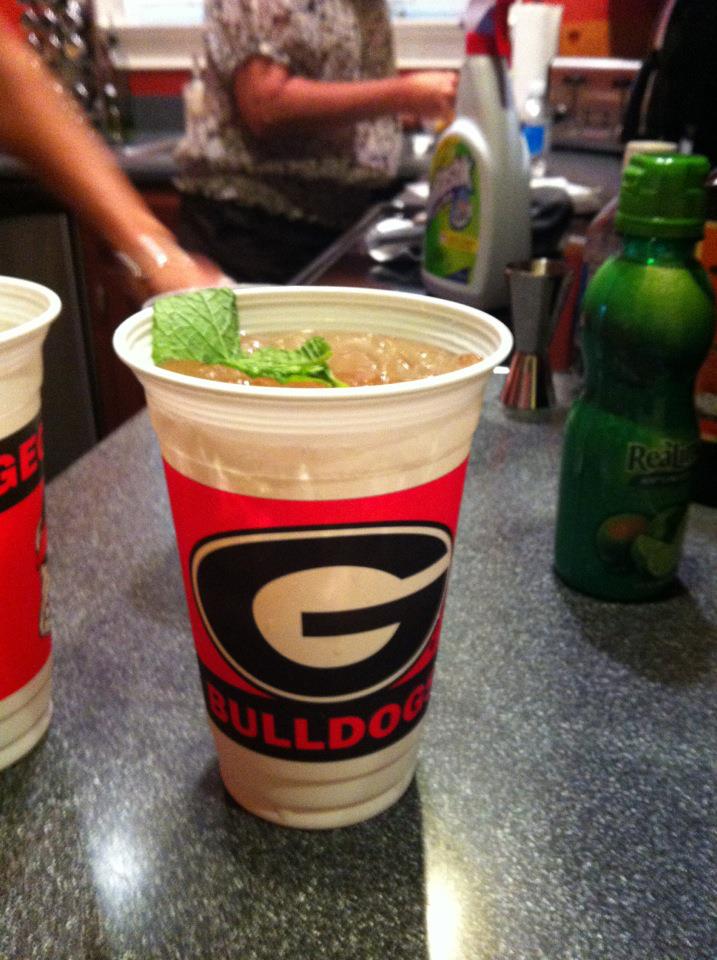 Though I am using this photograph in order to avoid running the risk of copyright infringement, it actually is quite relevant to the topic at hand, as you may want to hoist one of these in celebration. (Credit: Marc White, a former college roommate of mine.)

As reported here while it was still breaking news (sorry for the spoiler, Jman781), Allison Schmitt highlighted what already was an impressive Olympic performance by winning the gold medal in the women’s 200-meter freestyle. Her championship turn in the pool not only produced a first-place finish, but also established new American and Olympic records.

Schmitt, who anchored the bronze medal-winning 4x100-meter freestyle relay team and was the silver medalist in the 400-meter freestyle, already was the U.S. record-holder the 200-meter freestyle, but she improved upon her 1:54.40 time earlier this summer with a 1:53.61 mark that bettered by almost two full seconds the performance of her closest competitor on Tuesday. The previous Olympic record in the event had been 1:54.82.

It is to that last Georgia standout that Schmitt is properly compared following this afternoon’s achievement. Forrest Grady Towns, named for a Confederate cavalry commander and a New South newspaper editor, arrived in Athens as the recipient of a track scholarship but also lettered as a substitute end in football. Georgia track coach Weems Baskin, a former hurdling champion at Auburn, undertook to introduce Towns to his old collegiate event in the spring of 1934. (Towns’s first attempt to clear a hurdle, at the old track near where the Tate Center now stands, was witnessed by a 13-year-old spectator named Dan Magill.)

Just 28 months later, Towns was in Berlin for the 1936 Olympiad, where he won the gold medal for the 110-meter high hurdles with a world-record time of 14.1 seconds. Seemingly unimpressed, Bulldog football coach Harry Mehre sent Towns a telegram reading: “Minor sports now over. Report for football practice September 1.” However, the Olympic gold medalist remained in Europe to run a series of international exhibition races, including one at Oslo in which he broke his own world record with a 13.7-second performance that would stand for 14 years as the high water mark for the human race. (Despite returning late to football practice, by the way, Towns scooped up a blocked kick and raced 65 yards to the end zone against the LSU Tigers in Baton Rouge that fall.)

Today, another Athenian has won an Olympic gold medal and set a record in the process. We here at Dawg Sports congratulate Allison Schmitt on her achievement, which has brought glory, glory to ol’ Georgia in a manner mirroring that of Spec Towns more than three-quarters of a century ago.