Share All sharing options for: Fifteen thoughts on a moderately boring Sunday afternoon

Most of you probably don't know this, but my professional vocation is in the weather business. You know, meteorology, prognosticatin', lying to the public for pay. Much like politics, I suppose. For most of my career I have generally debunked global warming and felt that recent hot summers were just a blip in the larger climate patterns, and we were just caught up in a cyclical warm spell. But I'm beginning to reconsider. In fact, where I used to be "on the fence" regarding climate change I have pretty much fallen off on the side of the Climate Change crowd. Unless you live in a refrigerated truck, I'm sure you've noticed we're in the midst of yet another record-breaking summer. Athens hit 109 degrees a few weeks ago, for Pete's sake. There are many factors for what has popularly been described as Global Warming, but increased GHG (Greenhouse Gas) emissions, especially in the last 50 years, is the main culprit. Call it the by-product of uncontrolled industrialization or whatever, but things have changed. Our Carbon Footprint is growing, and emerging nations such as China are just exacerbating this issue. Part of what I do is mapping projected Sea Level Rise for much of south Florida. The more data I see, the more I believe that this "hot trend" is a real threat and we need to come together as a global community to mitigate this. The good news is that I live 19 miles from the beach and in about 75-125 years, I'll have waterfront property. Now what the Sam Hill has this got to do with football? Plenty, because I'm also convinced that Steve Spurrier is not only a jerk, but is single-handily contributing more hot air and noxious gas than any ancient coal-firing plant in the Turdikistan could ever do. It's a fact! So let's quit with the Climate-Babble and discuss15 thoughts that are causing me to ponder things, some random, as we begin the ever-hastening ascent to kickoff, 2012.

1. I don't know how much of the SEC Media days you watched, but except for a few John L. Smith moments - Vegas odds on who will spontaneously combust first: Smith or Muschamp are currently EVEN - I thought the whole event was a pretty underwhelming. Most coaches are just going through the motions for what has become the Nick Show plus 13 other dudes. By the time Mark Richt got to the podium, the airspace over Birmingham was suddenly crowded with media, coaches and boosters getting the hell out of Jefferson County. There were a few moments, and despite my disdain for Spurrier, he always seems to bring down the house. Only in the capacity of a mouth-wad at this event will he be missed when he retires.

2. Spurrier's jab at Georgia regarding the schedule was predictable weak sauce, but the dig in the same breath at Ole Miss was classic. He is efficient that way, isn't he? Ole Miss' Hugh Freeze handled it well, and came across as the Anti-Nutt. He seems like a classy guy. It won't matter if he doesn't win, but I hope he gets the chance.

3. Someone actually voted for Tennessee to win the SEC East. Man, the division is really, really down.

4. Did you know there isn't an International Standard for the manufacturing of butter? This is shocking. 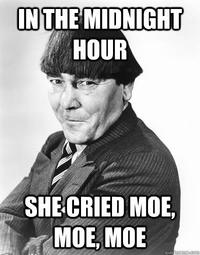 It is true that he has been playing his football in the tough Big 12 and though there were alright...2, maybe 3, tops good teams he has competed against in his career, he doesn't seem very impressed with the League. Anyway, methinks he's been hanging around Spurrier some. I'd like to see a follow up interview at the season's conclusion...

6. Speaking of Mizzou, this is what I want to see happen on September 8th: We commit to the run. Remember the opening drive against Oklahoma State a few years ago? We much ran it down their throats and set up a nice play-action pass to score, and then poof! We quit even trying. Mizzou has a smallish defensive front, so getting a push in the middle is possible and paramount. They're probably quick to the edge, so we've got to try and pound it. If I've said it once (in italics, no less...) I've said it a thousand times on this and other blogs. Run The Damn Ball. I expect to see a good dose of Richard the Intravenous. That's not a bad thing, IMO. The kid deserves a shot. Get ready for your close-up, Mr. Marshall.

8. The latest rumor is that Kohler Toilets has approached Nick Saban about being their Spokesman. Okay, I made this up. But in a perfect world, Nick Saban would absolutely be the Spokesman for Kohler Toilets because no one occupies a men's room quite like quality bathroom fixtures or Nick Saban.

9. Did you know that the 1982 Georgia defense recorded 35 interceptions? Thirty-five. We had 20 picks last season, which was pretty good, but the '82 team was insane. In watching the replay of the 1982 Cocktail party, I remember why: We had a tremendous pass rush to go along with some tremendous talent in the secondary. Terry Hoage had 12 picks all by his lonesome. I think we'll surpass 20 picks again this season. What do you think?

Interceptions returned for touchdowns are nice, too. I know...I know...

10. We have recently had some fine postings on this blog about the Penn State situation, and some passionate debate. Some of it to the point of anger. I have a thought on anyone who has posted a comment that might counter your personal thoughts or feelings on the matter. Child sexual abuse affects a lot more people than you or I will probably ever know, and it's possible that some of the posts might be coming from the perspective of a victim. Just a thought.

11. Last week I pointed out that Michael Bennett and Marlon Brown were two receivers that I thought could take off this season. I was absolutely remiss in forgetting Chris Conley. He didn't catch as many as a true freshman, but when he got his chance he was clutch. Our receiving corps is in good shape this season.

12. How many of you pay for recruiting sites? I did for a while, then dropped one because of personal attacks. As we approach the 2012 season and start seeing the game threads heat up, it's a good reminder that personal attacks (whether paid for or free) are never welcome. There's a joke in there somewhere...

13. Any reason to update this chart? 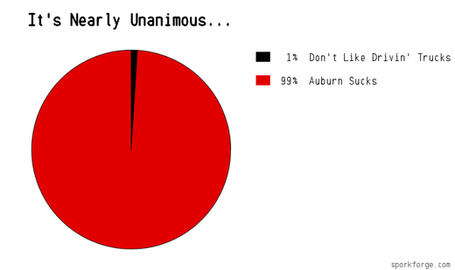 14. Congratulations to Jake Scott, one of the newest members of the College Football HOF.

15. On a personal note, I will know in about a week whether or not I am going to CoMo for the Biggest Tilt since the Last Biggest Tilt of all time. Tickets for this, from what I understand, are nearly impossible...but fingers crossed.

Have a great week, err'body. I'm getting ready for the season... 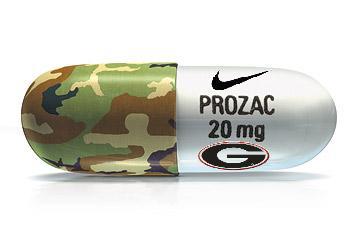