The Countdown: Twoscore to go

Share All sharing options for: The Countdown: Twoscore to go

Good morning, college football fans. We now have only twoscore days to go until we are greeted again by the warm, soft glow of 18-23-year-olds grinding each other to a pulp on a football gridiron.

And how many days is twoscore, you ask? 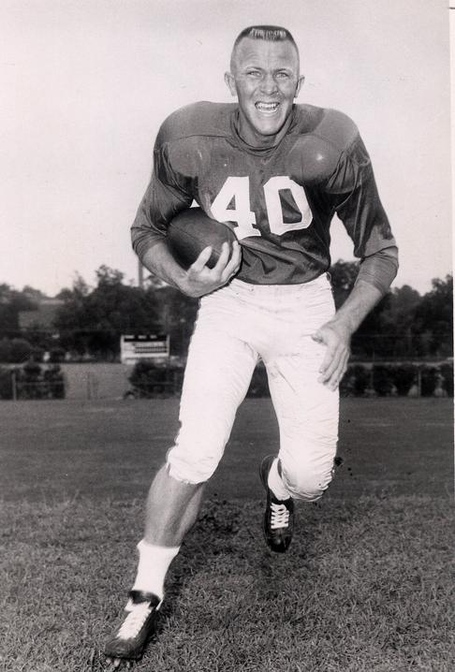 And to answer your next question, this man is Theron "Drought Breaker" Sapp. After fracturing a vertebra prior to his freshman year, Sapp came back to play for Georgia in 1957 and '58. During the 1957 Georgia Tech game, Sapp recovered a Tech fumble at midfield (this was back when everyone played both ways), and proceeded to carry the ball 9 times on the next possession, scoring Georgia's only touchdown in a 7-0 victory. This snapped an 8-game losing streak to the Golden Tornado, and Sapp followed this performance by being named to the All-SEC team in 1958. His jersey number was only the third (at the time) retired by UGA.