This has already been a greatly entertaining day for soccer, with the beginning of Euro 2012 and Poland's red-card-littered draw with Greece. Leedawg has also done us a great service and set up a standing open comment thread for the group stage. We'll use his thread as the daily thread for the Euro group stages until (and if) it gets to around 1,000 comments, at which time we'll open up another one if necessary.

The most important match of the day for us, however, starts at 7:00 EDT, when the USA will open their World Cup Qualifying campaign in Raymond James Stadium in Tampa against Antigua and Barbuda. (Insert Outback Bowl joke here.)

Tonight's match will be broadcast on ESPN. Join us in the comment thread below as we either revel in a multi-goal victory or excoriate our team for not properly putting away a minnow!

We've had some conversation in the last couple of threads regarding the relative merits of the current USA uniforms vis a vis some of the other kits we've trotted out over the years. Therefore, I'd like to know... given the options below, which is the worst historical USA soccer uniform? I can't list all of the dozens combinations we've worn over the years, so I've pared the list down to the following:

(All of these pictures come from this excellent article over at Project 2010.) 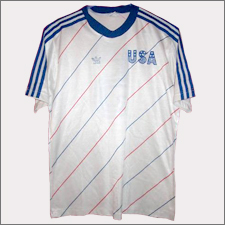 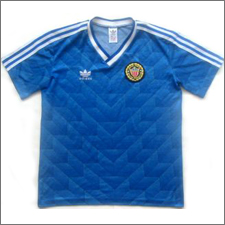 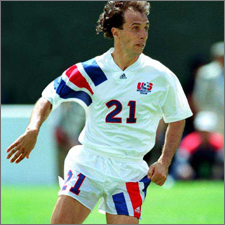 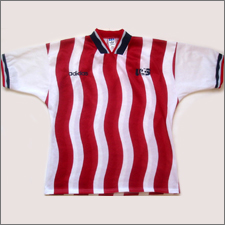 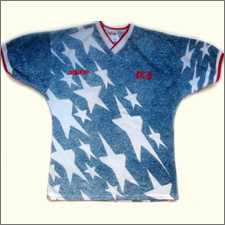 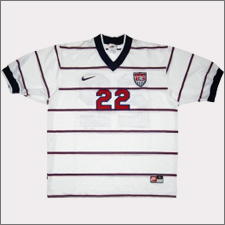 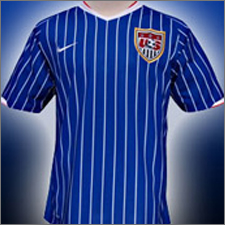 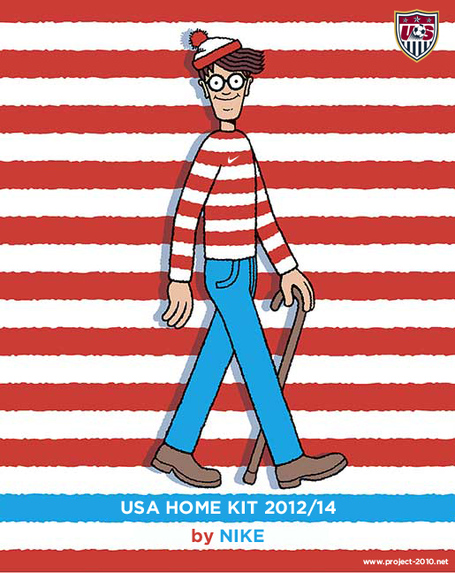