Good Tuesday morning, Dawg fans! First, your public service announcement for the day: For those of you in the Dawgosphere that are domiciled in Georgia, Idaho, Massachusetts, North Dakota, Ohio, Oklahoma, Tennessee, Vermont, or Virginia, don't forget that today is your opportunity to vote in your state's Presidential Preference Primary for your party of choice. As for myself, by the time this post goes live, I will be standing at a site in Oconee County with a name tag that says "poll manager" on my chest, politely asking people not to discuss political candidates while they're standing in line at a polling place. So, in other words, please say a prayer for my sanity. :-)

(Note: This is not a politically-slanted message or an endorsement of any candidate running in either party's primary. I'm simply advocating that you take an active part in participating in your country's democracy, or constitutional republican form of government, or whatever you want to call it.) 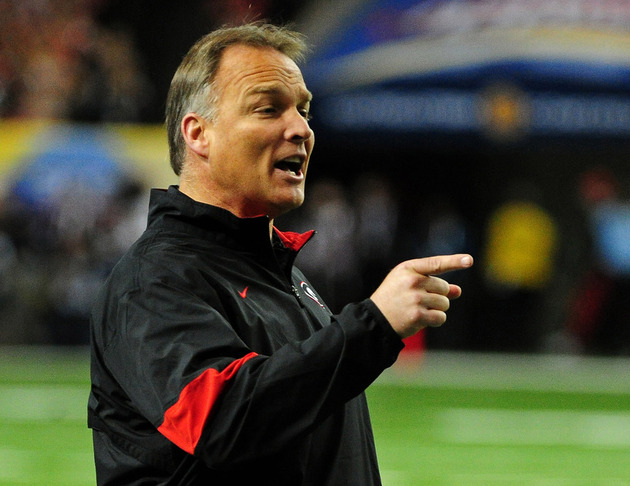 Mark Richt wants YOU to participate in your government! (Though, if you live in Dodge County, it doesn't really matter... they've already taken care of all that pesky "voting" stuff for you. No need to weigh you down with trivialities of life.)

Now, on to your regularly-schedule Georgia Bulldogs sports news! First, as always, we make with the football storytelling:

And now for other, non-football type sports:

Wishing everyone a great Tuesday, and...