It’s Wednesday morning, and, as Larry Munson would’ve put it, "There’s no time! There’s just no time!" Consequently, I’m not going to ask for a large chunk of your morning, just a few quick moments while you scarf down that initial cup of coffee, within which to get you up to speed. Here is what you need to know:

Bulldog Nation is a busy place, so, if you don’t pay attention, you could miss a lot. Aside from the events already covered comprehensively here, recent days in Athens have seen Bubba Watson falter at the WGC-Cadillac Championship, the Georgia softball team take two out of three from Mississippi State in a weekend series to claim a No. 8 national ranking, four Georgia track and field athletes earn first-team All-American honors at the NCAA Indoor Championships (including pole vault runner-up Morgann Leleux and record-breaking heptathlete Cory Holman), the men’s golf team exact a little country club sports revenge on Southern California for the Trojans’ men’s tennis win over the Bulldogs by upsetting No. 6 USC in match play at The Maestro in Montecito, Calif., Sarah Persinger win acknowledgment as the SEC freshman of the week, and the men’s tennis team improve its ranking to No. 3.

Yes! Finally! Someone sees the light on the silliness of playoffs! This would be awesome! Wait . . . you mean the author is against the bowl system? Huh. That’s odd, because I think his basketball bowl pairings make a compelling case for a bowl system. To each his own, I suppose. . . .

For those of us who make our homes in Athens, spiritually if not literally, is there such a thing as Atlantafreude? Why, yes, as a matter of fact, there is. Evidently, there also is such a thing as karma.

Mark your calendars for Saturday, April 14, folks, because a Dawg Sports contingent of yet-indeterminate size will be in the Classic City for the festivities, which include a women’s tennis match at noon, a baseball game at 1:00 p.m., and the G-Day Game at 3:00 p.m. (All times Eastern.) Stay tuned for details, and join in the fun. Hey, it’s a multi-sport spring day spent in Athens with fellow Georgia fans; on what planet is that not your best option for how to spend the day?

Finally, an old friend and regular reader of the site has a cousin who is a state trooper, and the state trooper has a co-worker whose wife and daughter both are very ill with serious maladies. Some fellows with the Georgia State Patrol, in an effort to raise money for the co-worker who is going through such a difficult time, are raffling off a hand-made quilt, pictures of which are attached below: 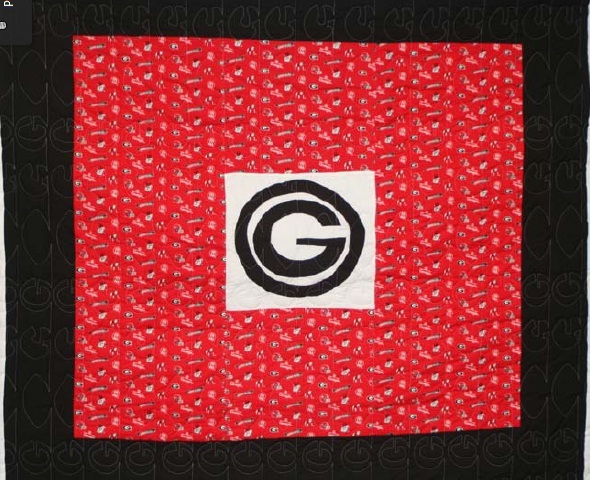 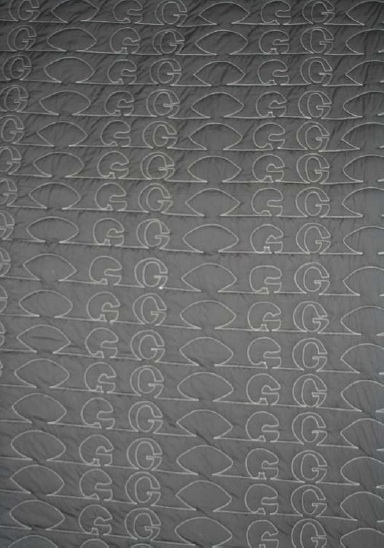 Tickets are $5.00, the funds go to support a worthy cause, and the drawing is in May. If you’re interested in purchasing tickets, please leave a comment to that effect below, and I will e-mail you privately with the appropriate information of the person to contact. I thank you in advance for your support.