Saturday was a busy day in Bulldog Nation, and that is putting it mildly. My colleagues will be along later to bring you the day’s results in men’s tennis, softball, swimming and diving, and women’s equestrian, but, first, I’ll be bringing you the rest of today’s action in baseball, men’s and women’s lacrosse, and women’s gymnastics. Here is how the Red and Black fared in those sports today:

After cruising to an easy win over Presbyterian on Friday night, the Diamond Dogs struggled with the Blue Hose on Saturday, but the Georgia baseball team improved to 2-0 due to the ninth-inning heroics of pinch hitter Brett DeLoach in a game in which the runs, hits, and errors all were separated by one.

The visitors jumped all over starter Michael Palazzone in the top of the third canto, in which four Presbyterian singles combined for a trio of runs to stake the Blue Stockings to an early lead before Palazzone fanned two to end the bloodletting. Georgia cut into the deficit in the fourth frame with a leadoff walk issued to first baseman Colby May, successive one-out singles by catcher Joey Delmonico and third baseman Curt Powell, and an error, which permitted a fielder’s choice and a sacrifice fly to make it a 3-2 game.

Relievers Jarrett Brown and Earl Daniels together permitted Presbyterian to tack on an insurance run in the top of the fifth inning, but the Classic City Canines again narrowed the gap, using a double by Powell and a single by second baseman Levi Hyams to plate a run in the home half of the sixth stanza. Because the Blue Hose were held scoreless for the final four frames, Georgia came up to bat in the bottom of the ninth canto trailing by a lone run in an outing in which the Athenians had never yet led.

Hyams was plunked with one out away, then shortstop Kyle Farmer dropped a base hit into right field. After left fielder Hunter Cole went down swinging, DeLoach came on in place of designated hitter Jared Walsh (0 for 4, 2 K, 0 BB), and the pinch hitter drove a double to left field, bringing home the tying and winning runs. The Red and Black again stranded ten as closer Blake Dieterich picked up the win in a game in which David Perno sent three freshmen to the mound.

In their annual “Pink Out” meet at Stegeman Coliseum on Saturday afternoon, the Gym Dogs crushed Kentucky, 197.225-193.125, by posting season-high marks on bars, floor, and vault. Georgia prevailed on each apparatus. 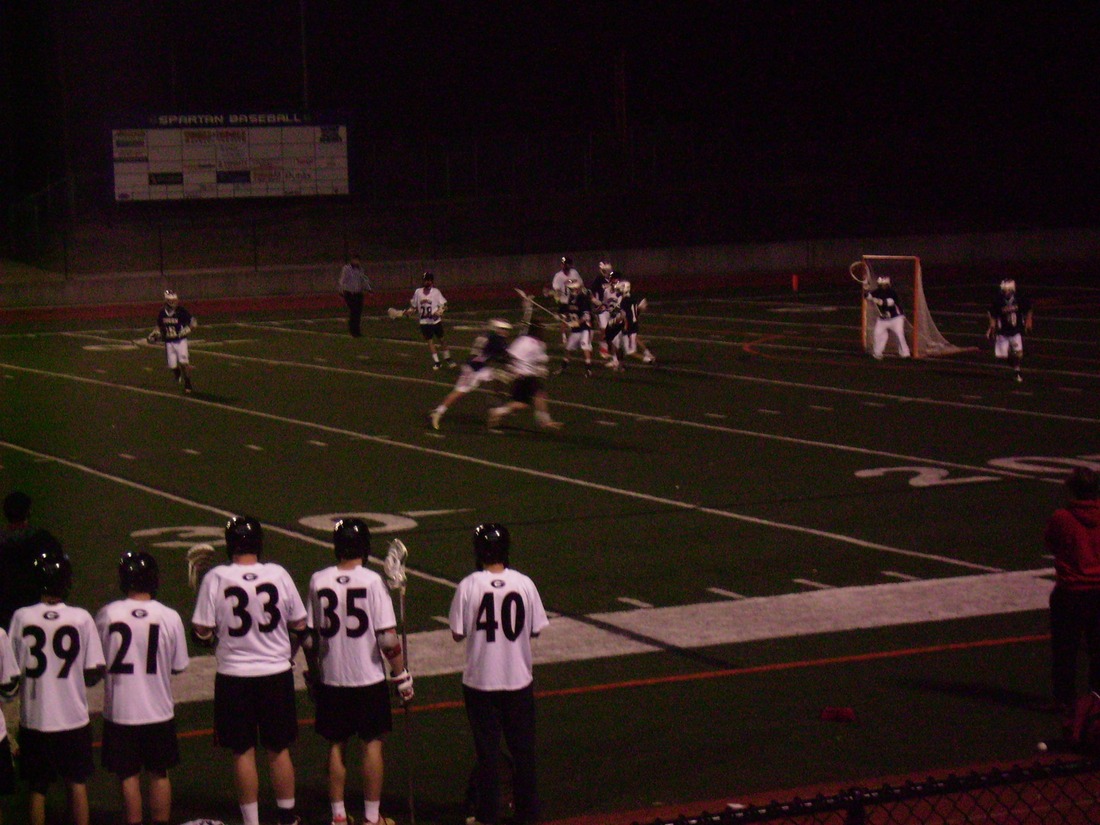 After suffering the season’s first loss on Friday, the Georgia ladies got back on the path to redemption against UCLA at 10:30 a.m. Pacific time. The Red and Black won the draw and scored, beginning a brief stretch during which the two teams traded goals until the Bulldogs broke a 3-3 tie with a three-goal run that was threatened with interruption when the Athenians were given the yellow card that forced them to play one woman down for two minutes.

Nevertheless, a series of saves by goalie Emily Seidel permitted the Georgia scoring surge to stay unanswered, paving the way to an 8-3 halftime lead for the Classic City Canines. Second-half goals by attacker Murphy Ferguson and midfielder Lisa “Avatar” Riondet made it 10-3 before UCLA broke the scoring drought. Back-to-back goals by attacker Kaitlin Shumate preserved the seven-goal margin at 12-5, and, following a Bulldog time out, midfielder Lindsay Brinker restored that spread by notching the goal that made it 13-6.

Another yellow card inside the final two minutes did not prevent rookie defender Brooks Leavell from adding the goal that made the final score 14-6, and the Georgia women evidently enjoyed their win over UCLA so much that they proceeded to take care of business against Michigan later in the day, as well. Midfielder Callie Wheatley won the draw and staked the Bulldogs to a 1-0 lead, but the Wolverines knotted the score with a goal after a pair of Seidel saves. The deadlock was broken by scores from Riondet, rookie midfielder Katie Ezell, and midfielder Taylor “Kevin” Lugash.

A 5-3 Red and Black lead at intermission turned into an 8-3 advantage on a trio of quick goals to start the second half, but, thanks partly to a yellow card on defender Mary Cate “MC” McCue, the Maize and Blue shaved the margin to 10-8. A goal by rookie attacker Jenna Dreyer and a Michigan miss put Georgia in a position to extend the lead to 12-8 on another Wheatley score. A couple of Seidel saves kept the margin at 12-9, but, after the Bulldog goalie drew a yellow card, the Wolverines scored on an empty net to make the final score 12-10. The Athenian women will wrap up the UCSB Shootout against Santa Clara on Sunday.

Freshman midfielder Harrison Cassada scored a goal in the first quarter, which marked just about the only highlight for the Georgia gents in an opening period that saw the hometown Seminoles surge to a 6-1 lead. Although the Bulldogs out-shot the host squad by a 15-7 margin in the second quarter, Florida State had extended its advantage to 10-2 by the half, but the Red and Black showed some signs of life after intermission, forging a 1-1 tie in the third quarter and outscoring the Tribe, 3-2, in the final frame to make more respectable a score that had threatened to get out of hand. Following the 13-6 loss to FSU, the Classic City Canines will close out the Southern Shootout against Miami (Florida) on Sunday.