So far, we've had a Jonathan Rumph Roast and a little dish called Chicken and Wild Brice Ramsey. It's time for a little crock pot action with some "seafood", don't ya think? Here's another simple recipe that is just about perfect on a cold winter day.

Before we dive into the particulars of our next installment of Crock Pot Recruiting, we've got to do a little bit of analysis of where Georgia stands right now in the quest to sign another top recruiting class. As you know by now, Georgia has already gotten a ton of verbal commitments and some EE's (Early Enrollees in recrutin' vernacular) that are either on campus or on their way right after our bowl game with Nebraska, and ready to hit the books in just a few short weeks. That's an awesome thing, but could be made even awesomer if we could get a few more offensive linemen to pledge their allegiance to the United State of Georgia. Skill guys are important and they tend to get most of the attention. But if you want to win a championship, you've better have some Big Uglies coming in. Offensive linemen, in particular, are a favorite of mine - especially those of my youth. I remember back in the day of Mike "Moonpie" Wilson, Joel "Cowboy" Parrish, Ray Donaldson and others who led some of Vince Dooley's best teams in the 70's. Georgia always seemed to have great offensive linemen, and I would be remiss if I didn't mention another outstanding lineman. Craig "Sky" Hertwig, an All-American in 1974, needed no introduction for anyone who has spent more than 15 minutes in Athens. We lost Craig last year. He was an original. 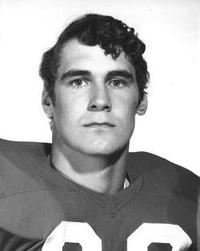 In recent years this team has had - due to more reasons than you could shake a Callaway Driver at - great difficulty in building the kind of depth along the offensive front that you must have and sustain to truly field an elite offensive unit. And it has cost us. It would seem that we have turned the corner on this aspect of our game. Next season, every offensive linemen who played a down in 2012 should be returning to pave the way for Gurshall and protect our quarterback; either Aaron Murray if he decides to stick around and break every SEC passing record in existence, or Hudson Mason who is very talented in his own right. As far as recruiting for the present (and future), it would seem that those needs are being addressed aggressively. Without going into too much detail, there's a kid out there who is considering his possible future with the Georgia Bulldogs that we sure could use. He hasn't committed and is "on the fence" at the moment. Tyrone Crowder is a 6-1, 330 pound offensive guard out of North Carolina who seems to be leaning towards Clemson, but is still high on the Dawgs. He's ranked as a solid 4-star prospect by all the recruiting services and would be a welcome addition to the 2013 signing class. The question is, do we have room for him in light of recent developments? On the other hand, you can never have enough depth on the line, either offensive or defensive. What could possibly sway this young man towards the Red and Black? At the risk of being investigated by the NCAA I think the tipping point could be if he was immortalized in food. And from the looks of this kid, he does like to eat. Feed him!

This is the perfect dish on a cold day. Heck, it's even a little bit chilly down here in south Florida this evening as the same cold front that brought rain and much cooler temperatures to Georgia yesterday has cruised on down. Anyway, this recipe is one of those dishes that is universally loved. Be advised: This will yield a pretty good batch of Clam Chowder, so invite some friends over! I haven't made this dish in a while myself, so I'm working a little bit from memory on this one. I'd better double-check. Excuse me for a second while I call mom...

1. Depending on how much you like clams, procure 2 or 3 cans (6.5 oz) of the minced variety. Save the juice! (You find these with the canned meats in most grocery stores...you know, with tuna, sardines, pickled pigs feet, etc.)

6. Salt to taste (about 2 tablespoons)

7. Plenty of pepper (I like a lot of pepper, your mileage may vary).

8. Some Corn Starch (or flour) to thicken.

Next, add everything to the crock pot except the milk and the corn starch. Cover and cook on high for 4 hours. (As with just about any slow cooker recipe, you can use some artistic license. A fan of carrots? Toss in some, finely chopped). Then, add 3 cups of milk. Cover, and cook for another hour. Then add the remaining cup of milk and corn starch and cook for one more hour. Corn starch is a thickening agent and if you like a little thicker chowder, add a bit more starch. Add salt.

Make sure to sample to taste and add salt accordingly. Do not over salt. This is where many a dish gets ruined...trust me.

Presto! That's it. Once again, it's a simple recipe that calls for minimal effort and chances are you have most of the ingredients already in-house. Serve with oyster crackers or saltines. Perhaps you have a nice Chardonnay in the 'frig ready to compliment what will be a real crowd-pleaser.**

**Nebraska fans are more than welcome to try this. Auburn fans, substitute clam shells for the clams.