Yesterday was just a great day to be a Georgia Bulldog. Georgia handily dispatched a strong Division I-AA foe, then got to sit back and watch Florida struggle with a weak Division I-AA foe while the midwestern and pacific northwestern teams above us in the polls DERP'ed their way out of national championship contention.

(And we even let the fans of the Eagles have a couple of things to cheer about, so I don't have to deal with my neighbor being insufferably depressed today.) And while I'm briefly discussing yesterday's game, I have to tip my cap to the Georgia Southern fans. They not only brought their band (which did a great job), but I'll also venture to guess that they brought more fans into Athens than the Golden Tornado will bring this week. I estimate that there was a solid 4,000 Eagle supporters in the stadium. Good luck in the I-AA playoffs, Eagles. We'll be rootin' for you.

Now, however, we turn to this week's match. All of the stars have aligned for the Dawgs on the national stage, but we still have some business to take care of first. And that business is wearing a pocket protector and thick coke-bottle glasses and has a runny nose because of allergies.

It's Clean, Old-Fashioned Hate Week, Dawg fans. The nerds are coming to Athens, and they've got dreams in their heads about ruining our national championship chances with a HAHAHAHAHAHAHAHA {{{{{{{{{45-42}}}}}}}} game. Therefore, I'm letting the following people know that, for Georgia Tech week, You're On Notice, Dawg! 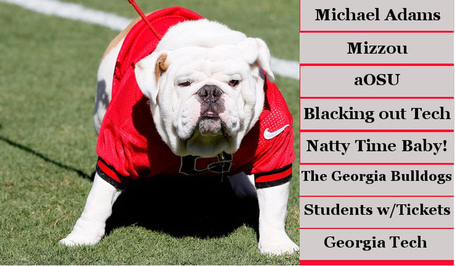 1) Michael Adams - Why Michael Adams? Because he's a jerk, has stolen money from and is a disaster for University, and everybody that has ever worked with him hates him. Plus, I have it from a very authoritative source inside the UGA administration that he was absolutely distraught after watching the Oregon and Kansas State games last night.

2) The Missouri Tigers - Oh, Mizzou. Losing at home to Syracuse? You s'posed to be SEC, kids. Please try not to act like a midwestern Big XII team and lose to a weak opponent at the most inopportune time. Look, man, we stood up for you guys earlier this year. Not cool, dudes. Not cool.

3) An Ohio State University - As wonderful as the Volunfruede was in Nashville, in my world it is only topped by the fact that Urban Meyer's Ohio State Buckeyes could go undefeated with a win over Michigan, and would not have a chance at a national championship because they're a big, fat bunch of cheaters. It's a fact!

4) Calling a blackout for the Tech game - Really? A blackout? Come on, man. The blackout is our "nuclear option." Chuckdawg usually calls it by a less-generous moniker (with which I also happen to agree)... "fake juice." If we need any special uniform occasions to give us the proper motivation for the Georgia Tech game, then we're already in big trouble.

Georgia Tech is our in-state rival. There might be other teams we want to beat more, but the Techsters are the one team against whom you never want to lose, 'cause those nerds will never let you forget that one time they beat you that one year.

At the time of this writing, a blackout has not been officially confirmed, and I hope for the world that it is not. We don't need "fake juice" against Tech. We just need to come out prepared, motivated, and play disciplined defense. We do that, and we'll be on our way to Atlanta for a default national semifinal game against the Alabama Menses.

5) All this national championship talk - I understand. Really, I do. Last night, as a tree somehow managed to kick a field goal, I was screaming my head off as though I were in the stands in Jacksonville a few weeks ago. And I looked like this for the few seconds that the ball was in the air:

But understand this: a hypothetical berth in the (mythical) national championship game is a long way off. We have two games left to play before that might happen, and we're going to be a double-digit underdog in one of them.

We gotta do this one week at a time. Starting with this week.

6) The entire Georgia Bulldogs football team - Ok, I kind of covered this in the previous entry, but that was mostly aimed at the fans. This is aimed at the team. We know that Georgia Southern was considered a "tune up" for the Georgia Tech game. But don't you think that a coaching genius like Paul Johnson would realize that, and dial up a few special tweaks for Georgia as a result?

We can't roll into Saturday's game and think that Tech will fall down for us just because we're wearing the red jerseys and the big "G" on our helmets. Tech is perfectly capable of ruining our season. We have to play disciplined, focused defense and jump on these boys early on offense. If we're up 28-0 by halftime, we can start thinking about cleaning out the Menses in Atlanta. If we're tied or trailing at halftime... it could be a long day in the Classic City.

7) Students with tickets - Let me be clear: There are about 5,000 dedicated students who show up and cheer their dad-blame heads off at every game. And to those students: I salute you. The problem is that we have about 15,000 seats in the student section. And the student section wasn't even 60% full during any portion of the Ga. Southern game.

And I don't want some indignant students hopping on here and yappin' about how the students were packed in between the 10 and 40 yard lines in the lower level. The student section includes most of the western end zone and the portion of the northeast stands from the 40 yard line through the corner of the endzone in both the 100 and 300 levels. And, collectively, that entire area was never more than 60% full on Saturday.

Your team is ranked #3 in the country (and was #5 on Saturday, when you couldn't be bothered to show up). They will be playing for the SEC Championship and, if they win, have a shot at a national championship. If you can't even be troubled to stumble out of bed and get into the stadium to cheer your fellow students on this Saturday, then I only have one thing to say to you: 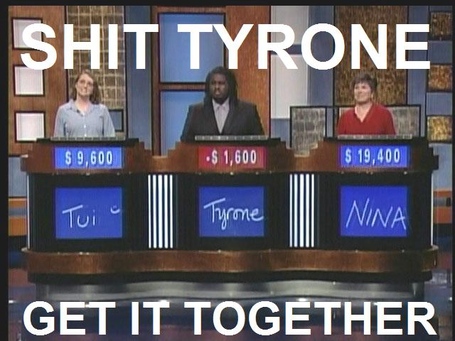 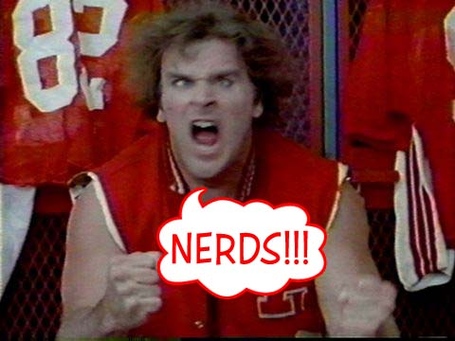 Well, this is it, Georgia fans. This is our chance, and this is our time. If you're not already motivated to show up loud and proud in Sanford Stadium on Saturday, then I ain't gonna be able to help you.

We need to crush us some bees. This is the plan. There is no alternate plan.