Good morning, Dawg fans! It's the penultimate day of January, which means one thing: National Signing Day is almost here! Follow the latest on Georgia's class here at Dawg Sports (led by people not named me who actually know what they're talking about in the 'crootin arena), with the best in national coverage available at SB Nation Recruiting Central. 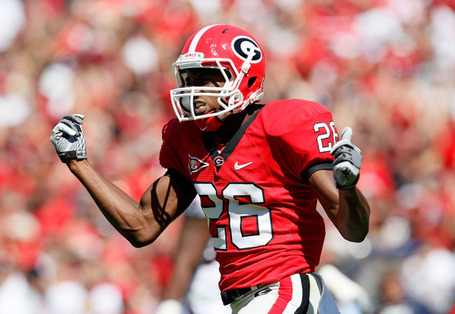 Who will be the next great freshman to make an impact for Georgia? We'll at least know who the candidates are on Wednesday!

To help start what will hopefully be a great week for the Dawgs off on the right foot, I offer the following links for your information and edification:

... until this little gem made its debut. (This picture has been lawya'd)

(This picture of Hope Solo blowing you a kiss has been lawya'd. Thanks, lawyas.)

Have a great Monday, everybody!