Having stirred up a little controversy with my final BlogPoll ballot, I now turn to the task of casting the campaign’s ultimate SEC Power Poll ballot, secure in the knowledge that this is the last time I will do so for a twelve-team Southeastern Conference:

1. Alabama Crimson Tide (12-1): Yes, that’s right; I ranked them third on my BlogPoll ballot yet first on my SEC Power Poll ballot. One’s about resume ranking; the other is a power poll. Stay with me here, people. ‘Bama beat the Bayou Bengals convincingly in the BCS National Championship Game, so atop the rankings---well, these rankings, at any rate---the Red Elephants stand. 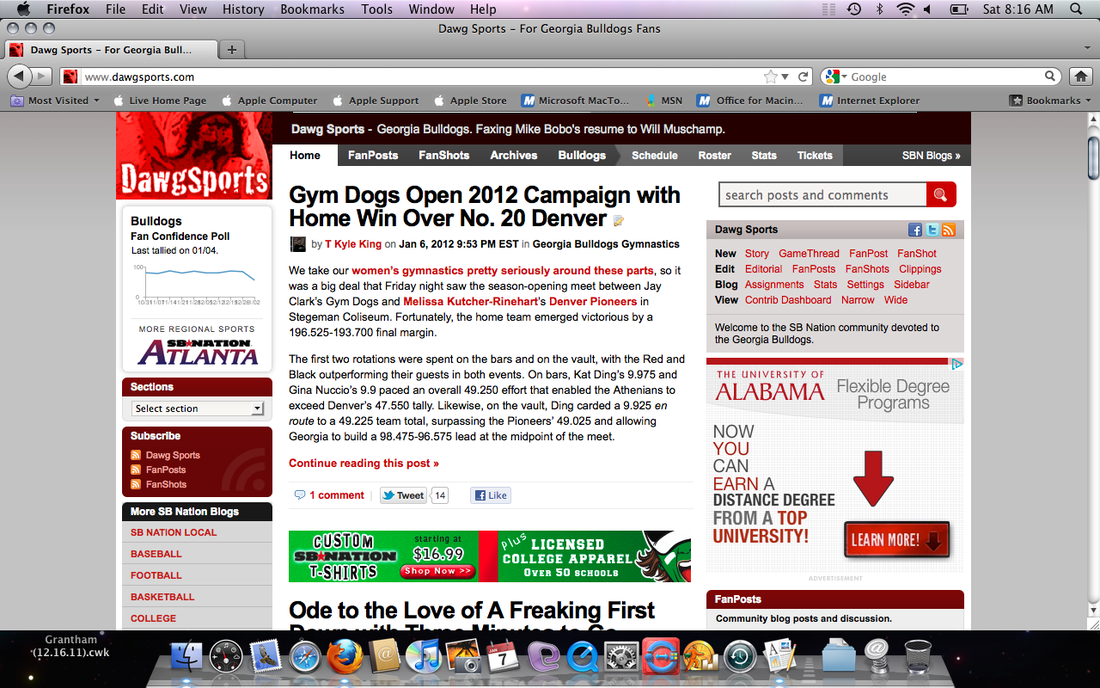 In addition, the University of Alabama also offers flexible degree programs, allowing you to earn a distance degree from a top university!

2. LSU Tigers (13-1): The 1983 Nebraska Cornhuskers. The 1986 Miami Hurricanes. The 1987 Oklahoma Sooners. The 1995 Florida Gators. The 2005 USC Trojans. Basically, if you go into your bowl game with ESPN openly asking where you rank among the great college football teams of all time, you’re toast. Still, it was a great season for Louisiana State, despite its ending. (A quotation from “Cocktail” goes here.)

3. Arkansas Razorbacks (11-2): The Hogs posted a double-digit victory tally, beat Texas A&M, and won the Cotton Bowl. Did the Southwest Conference get back together without my noticing?

4. South Carolina Gamecocks (11-2): The Garnet and Black capped off a stellar season with a solid bowl victory to tie the school record for consecutive campaigns of double-digit wins with one in a row.

5. Georgia Bulldogs (10-4): You know how they throw out the high score and the low score in the Olympics? How ‘bout if we do that with the Red and Black’s first two games and their last two games? ‘Cause then the Bulldogs would have had a really good season! As it is, though, ten wins, a division crown, and a cooler coach’s chair will suffice. 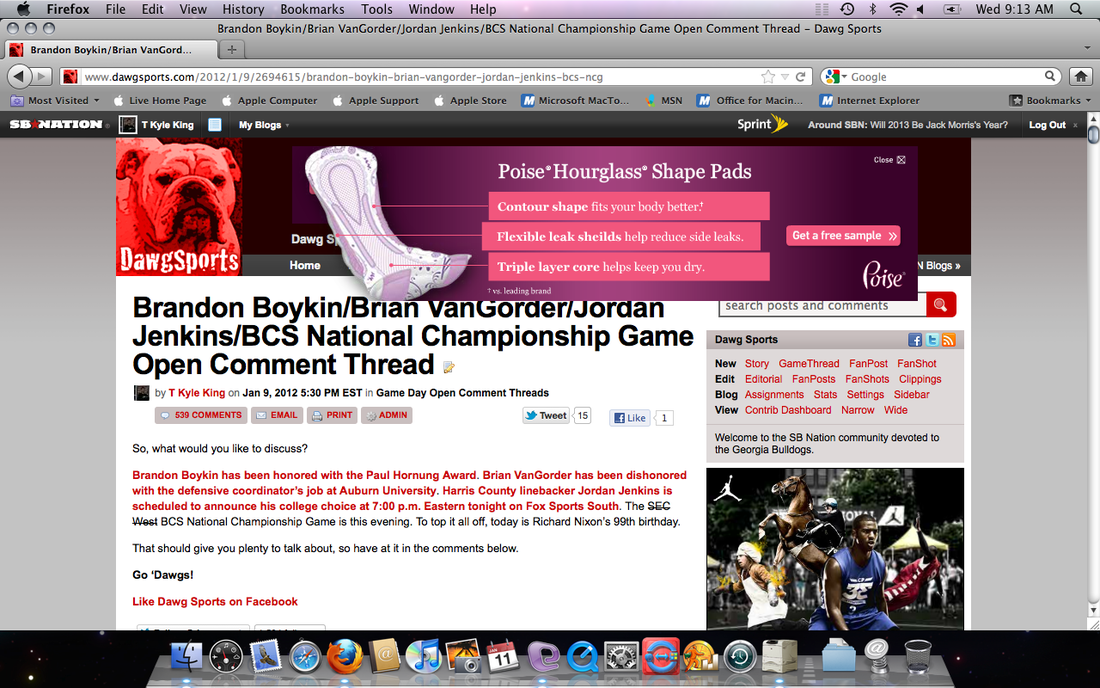 All right, I know we didn’t do so well in big games this year, but, really, that seems a bit excessive, doesn’t it?

6. Auburn Tigers (8-5): By New Year’s Eve, the Plainsmen looked like they’d recovered nicely from the losses of Cam Newton and Nick Fairley . . . just in time to absorb the losses of Gus Malzahn and Michael Dyer.

7. Mississippi St. Bulldogs (7-6): Frankly, the only rankings on this ballot to give me even an instant’s pause were this one and the next one, as I couldn’t decide whether to rank the Magnolia State Mongrels over the Sunshine State Saurians, or vice versa. Ultimately, I went with Mississippi State at the No. 7 spot because the Bizarro Bulldogs play in the more rugged SEC West.

8. Florida Gators (7-6): When examining the respective records of Mississippi State and Florida, I realized that Dan Mullen and Will Muschamp both have been a part of a lot of Gator victories; one, as an assistant coach in Gainesville . . . the other, as a player and assistant coach at other SEC schools. As the head coach in the Swamp? Not so much. 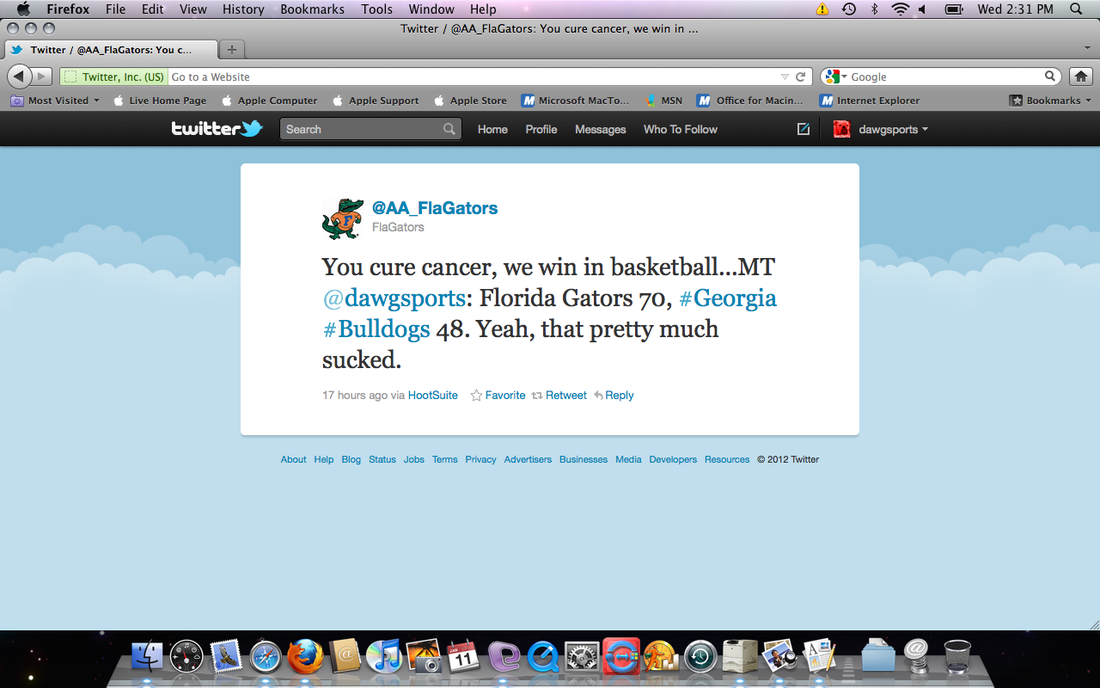 As long as they don’t go back to winning football games.

9. Vanderbilt Commodores (6-7): They’re like the 2009 Tennessee Volunteers, only without a victory over Georgia or a winning record.

10. Kentucky Wildcats (5-7): Yeah, their streak of bush-league bowl games was snapped, but that just allowed the ‘Cats to beat the Vols and head straight into basketball season without interruption.

11. Tennessee Volunteers (5-7): Slowly but surely, Derek Dooley is making progress. This year, the Big Orange went undefeated in games in which they led after 60 minutes of play.

12. Mississippi Rebels (2-10): Ole Miss is so bad, it went out and hired a Batman villain just because he bears a physical resemblance to Gary Patterson.

Given the reaction to my BlogPoll ballot, I have some trepidation about inviting constructive criticisms, but, even so, I welcome your feedback in the comments below.