... and I, for one, welcome our new Texan overlords.

Share All sharing options for: ... and I, for one, welcome our new Texan overlords.

Well, now it's all over but the crying softly in a corner whimpering that you got screwed and should sue everybody's pants off shouting. Texas A&M University has officially been accepted as the 13th member of the Southeastern Conference, and all the hullabaloo raised by Baylor and its other ne'er do wells in the Big XII-ish has been silenced. Long live the SEC. (ESS EEE CEE! chant goes here.) 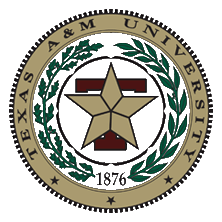 We at Dawg Sports would like to warmly welcome Texas A&M to the SEC. Also (crossing fingers behind back), we totally promise that, as a conference, we won't treat you exactly like we treat Arkansas, because you're totally a lot more competitive than they are from a historical standpoint. Really.

Those who aren't well-versed in non-SEC history might be interested in how the Aggies stack up as far as tradition and success are concerned. Well, aTm has a great plethora of one and slightly more than a smidge of the other. Read on for your primer of our new SEC brethren. (And seriously, Aggies, welcome to the SEC! I, for one, am glad to have you.)

Texas A&M has been playing football almost as long as Georgia, fielding their first team in 1894. They have won one national championship during that time, in 1939 under coach Homer Norton. They won 17 Southwest Conference titles between 1917 and the league's dissolution in 1995, and have one Big XII Title to their name, beating Kansas State (during the 5 minutes the Wildcats were good) in the 1998 Big XII Championship Game.

A&M was also the penultimate coaching stop for Paul "Bear" Bryant, who is famous for saying he left College Station for Tuscaloosa in 1957 because "Mama called." The Bear was in the Lone Star State long enough, however, to make a documentary in the Texas hill country called "Junction Boys," which you might have seen on ESPN. One of the most well-known "survivors" of that Junction Boys documentary was Gene Stallings, who led Alabama to the 1992 national championship. So as a result, in the eyes of Aggie faithful, they're collectively responsible for about 7 of Alabama's national championships. So, if you need a reason to hate them when we meet them on the gridiron... just remember that all of Paul Finebaum's success can basically be traced back to Texas A&M.

The Bear with a couple of Junction Boys (ex post facto, obviously).(This picture has been lawya'd.)

On a more local note, Georgia has met the Texas Aggies (yes, that's what they call themselves) on the gridiron 5 times over the years, racking up a 2-3 overall record. The first meeting between the two schools was in the 1950 Presidential Cup, which was a bowl game held in 1950 with the U.S. Government's endorsement as basically an American Legion fundraiser. On that auspicious occasion, the agricultural engineers' offense proved too much for Wally Butts' defense, resulting in a 40-20 final score in favor of A&M.

The Aggies went on to claim the next two meetings in the series, which were a home-and-home arrangement in 1953 and 1954. (And which,coincidentally and fortunately for the Aggies, came during the nadir of Wally Butts' tenure in Athens.)

If you're like me, you've seen many replays from the fourth meeting between the Bulldogs and the Aggies, since that occasion was the first home game of the 1980 season. Texas A&M came into Athens prepared for the option stylings of Buck Belue and Carnie Norris, and got absolutely plowed by some new freshman running back Georgia had that year. Herschel Walker & Co. buried the Aggies 42-0 that day en route to the 1980 national championship, and gave rise to one of Larry Munson's classic calls.

Skip to 2:18 of this video to see Herschel's famous run against the Aggies.

And, of course, the most recent meeting between the schools was the 2009 Independence Bowl, won by the Dawgs by a score nobody remembers since REALLY GUYS IT'S THE INDEPENDENCE BOWL.

Lack of great success on the field aside, one of the greatest things about Texas A&M is their long set of traditions. They have so may traditions, in fact, that they have their own website to explain them, so I'll just link to that and post some explanatory pictures as a compliment. :-)

They also have a very unique fight song, the Aggie War Hymn. To be honest, the one thing I'm anticipating the most as a part of this deal is sitting in the stands at Kyle Field and feeling them sway during the last part of the Aggie War Hymn, as the crowd sways back and forth dramatically.

The Aggie War Hymn (with lyrics) is here:

And you can see the swaying in this video at the 1:22 mark:

Welcome to the SEC, Texas Aggies! We look forward to paying a visit to Kyle Field real soon!