On November 12, the Georgia Bulldogs will host the 2011 edition of the Auburn Tigers, who are apt to be the college football equivalent of the dismantled defending world champion 1998 Florida Marlins. One year after completing an undefeated national title run, the Plainsmen bring back only seven starters---the fewest in the nation, by a wide margin---and neither Lombardi Award recipient Nick Fairley nor Heisman Trophy winner Cam Newton is among the returnees. You might say this is liable to be a "rebuilding" year in the so-called Loveliest Village.

Also, for what it’s worth, I don’t like this cheating bunch of sons of bitches. It’s all right, because they don’t like us, either, and, after last year’s game, even Georgia fans ordinarily disposed to think of this as a friendly rivalry finally understand why I hate Auburn. Don’t get me wrong; we shouldn’t want their trees to die or anything---folks should leave their flora alone, even if they don’t extend others the same courtesy---but the proper attitude of a Georgia fan toward Auburn is one of deep-seated visceral disdain.

Are we clear on that? Good. Now, getting back to the football, here’s a brief summary of the Tigers’ 2010 campaign, about which I was worried over a year ago: 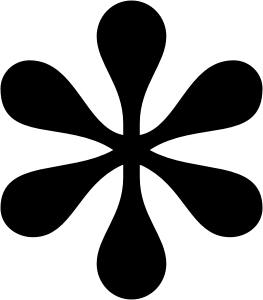 The Tigers are set at tailback, but Auburn has question marks at quarterback, on the offensive line, and on defense. The Orange and Blue should fall, though it remains to be seen how far. (More on that shortly.) While it would be an exaggeration to claim Newton, the eventual No. 1 pick in the NFL Draft, singlehandedly tallied all of the Plainsmen’s yards and points, it wouldn’t be much of an exaggeration. Though the Tigers’ schedule is tough, it affords the Orange and Blue an open date before Georgia, in the wake of a grueling October run featuring three challenging road trips and a home date with the Florida Gators in what all of Bulldog Nation will consider a meteor game.

As always, I wish we could swap Georgia’s games against Auburn and the South Carolina Gamecocks on the schedule, since the ‘Dawgs likely would be better off catching the Palmetto State Poultry late, when attrition ordinarily exposes the Gamecocks’ depth issues, and getting the Tigers early, before Gus Malzahn has had a chance to get his offense humming. Granted, we are unlikely to see a repeat of last year---when the Plainsmen ranked fifth nationally in rushing offense and seventh in both scoring and total offense, leading the SEC in all three categories---but last year’s Broyles Award-winning offensive mastermind will coax impressive returns out of whatever he has to work with at Auburn, especially with a bye week with which to work. Bear in mind that, last September, the Tigers managed only 17 points against the Mississippi St. Bulldogs and needed overtime to put 27 ticks on the scoreboard against the Clemson Tigers before the Auburn O really got going.

Other than the self-evident fact that the key to this game will be Auburn’s ability, vel non, to run the ball against Georgia’s defensive front---this is a recording---this game is hard to figure, using all the conventional metrics at our disposal. The Bulldogs have gone 7-2 against defending national champions since 1965, but, at this point, does anyone really count Auburn’s 2010 season as anything other than a vacating in waiting? Historically, there has been little value in this series to having home field advantage or to being the favorite; Georgia is 14-10-2 all-time in the Loveliest Village, Auburn is 18-11 all-time in the Classic City, and, between 2000 and 2006, a ranked Bulldog or Tiger squad lost to a lower-ranked or unranked Tiger or Bulldog squad in four of seven meetings in this rivalry.

Those longstanding oddities no longer may be relevant in 2011, however. From 2007 to 2010, the series saw two wins by ranked teams over unranked teams, one win by a higher-ranked team over a lower-ranked team, and one nominal upset in which an unranked team beat a No. 25 team by a touchdown on the unranked team’s home field. Likewise, although the home team went 1-9-1 in this rivalry between 1992 and 2002, the squad defending its own turf has put together a 5-3 record in the series from 2003 through 2010.

Inasmuch as Georgia certainly will be the home team, and likely will be the higher-ranked team, on November 12, we should be grateful for the ostensible ends of these prevailing trends, as well as for the coach who brought the series back into balance, but we also have to wonder what impact the Plainsmen’s tumultuous offseason has had on the Auburn program. Since Gene Chizik hoisted the crystal football, the Tigers have had to cope with ongoing NCAA investigations into the recruitments of Cam Newton, Trovon Reed, and Greg Robinson; pay-for-play allegations made by four former players on an HBO special; the indictment on robbery charges of four players who were dismissed from the team following their arrest; the arrest of Onterio McCalebb on traffic charges; and the poisoning of the oaks at Toomer’s Corner. At last report, Auburn had an 81-19 lead on Arkansas in the Fulmer Cup standings, which closely approximates the tally by which the Tigers outscored the Razorbacks in the fourth quarter of last year’s SEC West showdown. With any luck, the Plainsmen’s inevitable Fulmer Cup coronation will be followed by on-field disaster as surely as Georgia’s was a season ago. Will all the off-field drama affect the Tigers’ performance in the fall?

Even more so than in most years, the Bulldogs and the Plainsmen find themselves at cross purposes. They want their head coach to stop turning the other cheek, and we want our team to whip their team’s ass. In truth, the 115th series meeting between these teams is apt to produce the 50th result in the rivalry decided by a margin of seven or fewer points. While I believe the reports of the Tigers’ demise are greatly exaggerated, and that this year’s edition of the Deep South’s Oldest Rivalry will be the same spirited tussle it always is, without regard to such ephemera as home field advantage and national poll rankings, though, I also believe there is nothing wrong with being a Georgia Bulldog that beating Auburn can’t fix. Since they don’t care about us, anyway, I don’t reckon they’ll mind too much if we go make our record against the Plainsmen 5-* over a six-year span.