Share All sharing options for: The Georgia Bulldogs' Nike Pro Combat Uniforms: A Dispassionate Assessment After Several Hours Have Passed

The topic du jour here at Dawg Sports, obviously, has been the unveiling of the Nike Pro Combat uniforms the Georgia Bulldogs will be wearing for their season opener against the Boise St. Broncos two weeks hence. This has inspired some strong reactions, to say the least, and, if the poll voting is any indication, public opinion is very much divided upon the question.

The comment threads have included some depictions of the new uniforms, and some links to depictions of those uniforms. In addition to those photographs already posted here on the front page, I also received three more noteworthy depictions, two of which came in the form of an e-mail from Nike.

The communication from the uniform supplier described the new look as "a design that pays tribute to the perfection of the past, including their famed 1980 National Championship season, by adding hints of silver to their red and black uniform in unique and unexpected ways," as well as "honor[ing] the old Georgian traditions" by reintroducing "their iconic 1960's era silver helmets." The e-mail from Nike was accompanied by these photos: 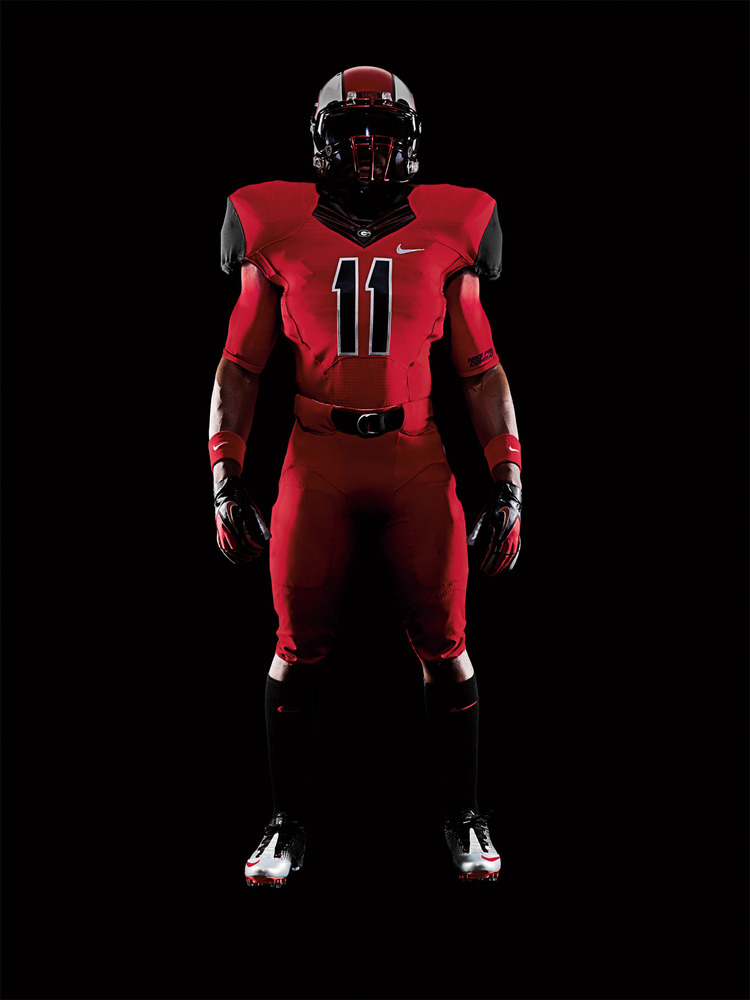 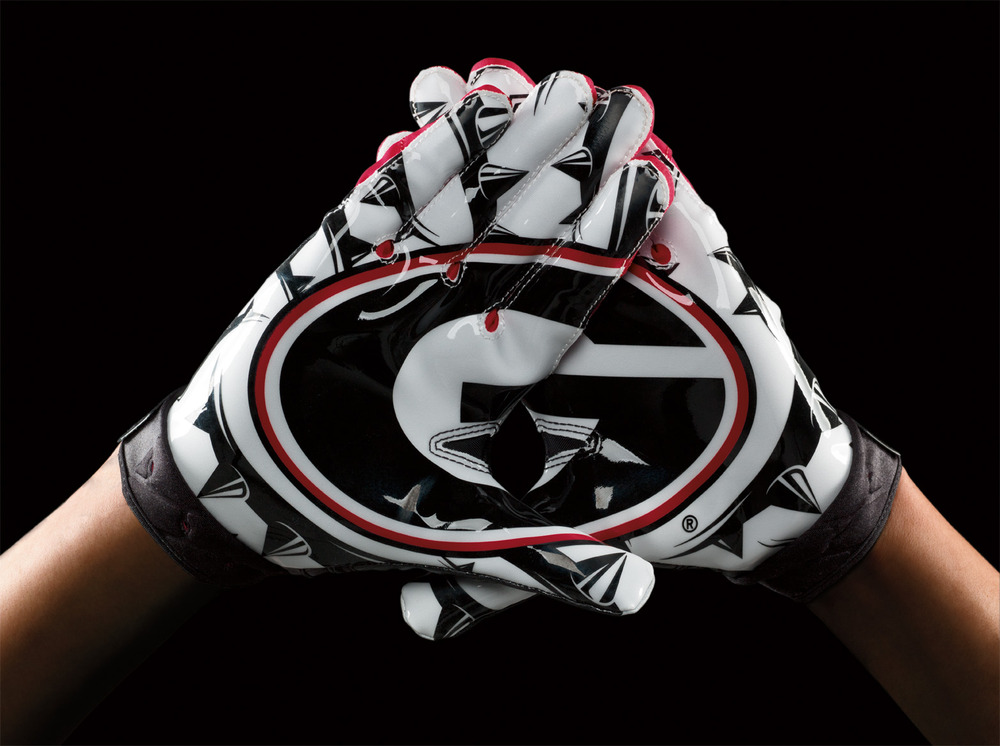 The other shot of the new unis came to me by way of my cousin, who posts here under the user name "Keith Richards" (not his real name, for the record). He was at Picture Day today, and he sent me the following photograph: 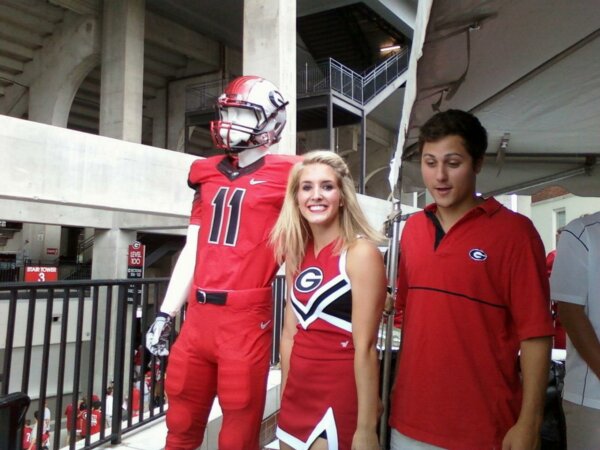 As noted above, opinion is divided, and, frankly, I am of two minds myself. Here, after a day’s reflection, are my thoughts on the togs the ‘Dawgs will be wearing in the Dome on September 3:

At the end of the day, of course, the whole goal of the "Nike Pro Combat" look is to get people talking, and this uniform certainly has done that. Do I like it? No; but I have a Knowshon Rockwell Moreno blackout jersey hanging in my closet, and I didn’t mind that departure from longstanding practice, largely because the debut of those jerseys coincided with a thrilling throttling of the Bulldogs’ oldest rivals. I don’t want to see the Red and More Red Black wear these uniforms ever again, but, if the Bulldogs bludgeon the Broncos bloody on September 3, we will remember fondly the one time the Athenians donned these togs, even if we do not miss the uniforms themselves.