Share All sharing options for: The Georgia Bulldogs' Nike Pro Combat Uniforms Have Been Unveiled Officially!

Nike let the cat ‘Dawg out of the bag this morning, so this is no longer news, but now it is official. This picture of the Nike Pro Combat uniforms the Red and Black will be wearing against the Boise St. Broncos was just posted at the Georgia Bulldogs’ Facebook page: 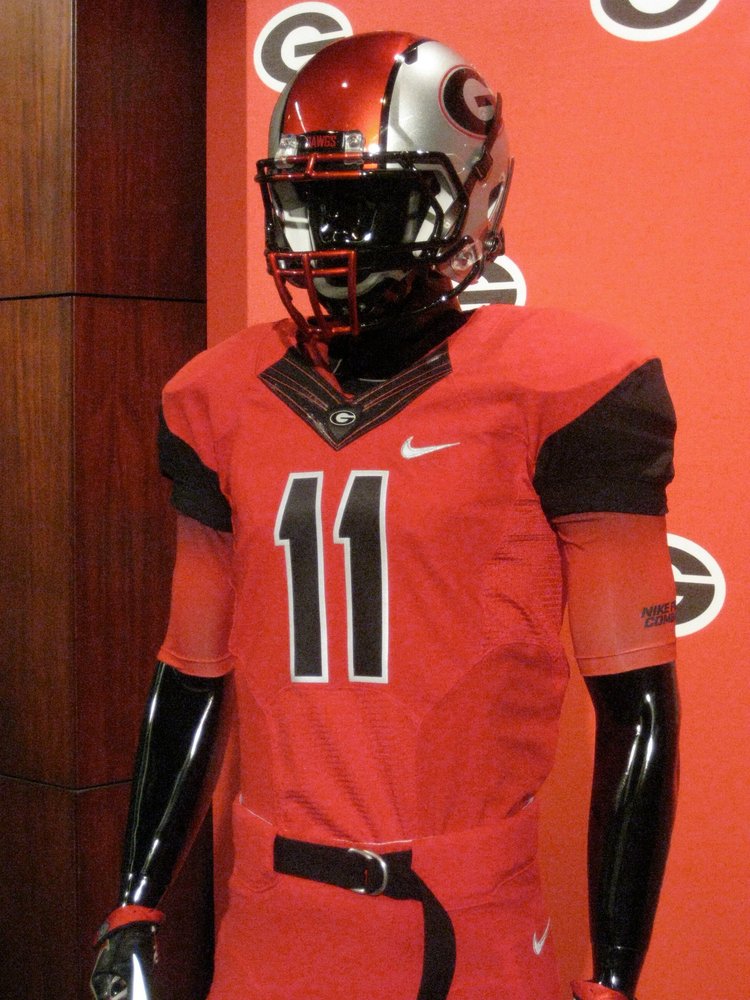 I have to say, that rendering looks better than the one from the Nike website earlier today. It still looks like something out of a campy ‘70s sci-fi film, though.

At least as of the last time I checked this morning, the comments tended to be running much more negative than positive, but let’s try to take Bulldog Nation’s temperature with a poll, just the same.