Warning:  If you're a "happy person," or if you "don't entertain daily thoughts about the possible annihilation of your team by a 1-AA opponent," then you might not be too happy with the content of this post.  It's called the "pessimist's guide" for a reason.

Kyle is doing a yeoman's job of working his way through the Dawgs' upcoming 2011 football season game by game, providing insightful in-depth analysis, and I salute him for it.  I'm just a tl;dr kind of guy, however*, and to be honest, I'm not that excited about reading deep analysis of a season that might very easily turn out just as badly (if not worse) than the 2010 season did.  We have just as many holes as the 2010 team did, we have almost all of the same coaches, too.  Why should we expect a significant improvement this year?

On the other hand, many DawgSports contributors have highlighted, both in comments, FanPosts, and FanShots, many potential bits of good news that could serve to heighten some fans' sense of optimism for the upcoming season.  (Not mine, though, of course.)

I have no doubt that the optimists in the crowd will try to convince you that  the following projections are unjustifiably dour and dismal.  In response, however, I would like to refer you to last year's Pessimist's Guide, in which I predicted a 7-5 season for the Dawgs, missing the actual final mark for the regular season only because I made the foolish call that Georgia would probably not literally fumble the Colorado game away.  (Pause for RAEG...)

So, without further ado, I give you my Pessimist's Guide to the 2011 Football Season(TM).

Why the Dawgs will win:  Boise State is coming into a game against an SEC team in a very unfamiliar role as the favorite, which means they're ripe for a letdown.  Also, if there's one thing Mark Richt teams have excelled at over the years, it's coming in as an underdog and surprising everyone with a big upset.  Georgia probably has more talent than  Boise, and with a whole offseason to prepare, Todd Grantham's defense will be ready for the Broncos' talented, balanced attack.

Why the Dawgs will lose: Georgia might have more talent than Boise, but the Broncos know how to use theirs far better than we do.  Boise State will have far more confidence coming into this game, and most of the players on this team have first-hand experience with going into a hostile environment and defeating a team from an AQ BCS conference.  Georgia will also be relying heavily on a true freshman at RB and also a Nose Guard who has never previously played a snap of major college football.  And that's in addition to Bacarri Rambo Fudge and Jakar Hamilton in the secondary.

Why the Dawgs will win:  I honestly can't think of a good reason, unless we can figure out a way to stop the SEC's best rusher and one of the SEC's best wide receivers before week 2.

Why the Dawgs will lose: South Carolina are the defending SEC East champions, so they've broken through the glass ceiling that had also existed above Georgia's head prior to 2002.  Add to that the fact that Steve Spurrier owns the Georgia Bulldogs when he has a good team, and this just doesn't look promising for the good guys.

At this point, after an 0-2 start, this picture seems appropriate.  (Via)

Why the Dawgs will win:  Because Georgia has never lost to a Division 1-AA team.

Why the Dawgs will lose: Because every streak has to end, and Coastal Carolina has the best long snapper in the country.  Also, after my projected 0-2 start, the team might have lost all its confidence, while the fans surely will have considered seppuku as an alternative to watching the Dawgs for the rest of the season.

Why the Dawgs will win:  Georgia easily has more talent than the Rebs, and should have the experience edge as well, unless the Mississippians gain XP like a Georgia Tech student playing World of Warcraft from their first 3 games against BYU, Southern Illinois, and Vanderbilt.

Why the Dawgs will lose: Because it's a trap!

This doesn't look like something that would not be a trap. (via)

Why the Dawgs will win:  The bizarro  Bulldogs will have already played Auburn and LSU before playing Georgia, so we'll know if last year was a flash in the pan or not.  Unfortunately for the western division Dawgs, however, their historical record in away games just isn't that good, and this year's game is in Sanford Stadium.

Why the Dawgs will lose:  Dan Mullen did it at Florida.  Dan Mullen is doing it at Mississippi State. 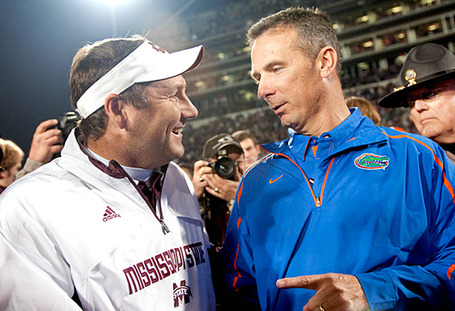 Urban Meyer lets Dan Mullen know the secret to beating Georgia every year. (Hint: The secret is to wear Florida's uniforms.) (I hate Florida.) (Via)

Why the Dawgs will win:  Year 2 of the Derek Dooley project does not bring a significantly improved talent pool in Knox-vegas, so the depth problems that plagued the Vols last year don't look to improve appreciably this season.

Why the Dawgs will lose: Because Dooley seemed to find a way to overcome his team's customary second-half swoon during the final few games of the 2010 season, and if they can continue to compete for 60 full minutes, Tennessee might even be a contender for the SEC East this year.

Why the Dawgs will win:  Because they're Vanderbilt.

Why the Dawgs will lose: Because the game is at Vanderbilt.

Why the Dawgs will lose: Because that hasn't mattered for the last 20 years, and because Florida will not be taking the field in Vanderbilt's uniforms. Once again, I'll be limited to the empty pleasure of enjoying the quality fried gator tail served by Park's Seafood Restaurant in Daytona Beach. 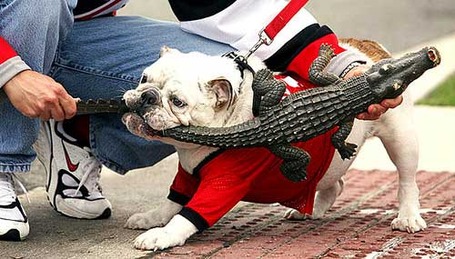 It is true, however, that gator tails are right tasty. (Via)

Why the Dawgs will win:  Because Georgia has never lost to a current member of the WAC.

Why the Dawgs will lose: Because if Georgia's already 0-8 by this point and has lost to a 1-AA team, who's to say NMSU doesn't have a chance, too?

Why the Dawgs will win:  Because Auburn has no Cam Newton, no Nick Fairley, and no chance of being anywhere near as good as they were in 2010.

Why the Dawgs will lose: Because Chizik's gonna Chiz. 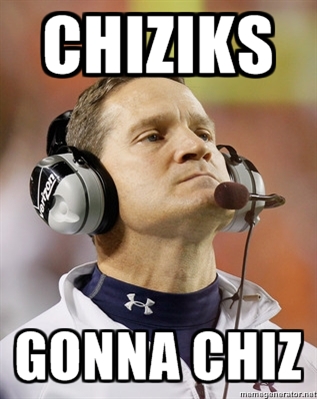 Which I think means that he likes trolling just for the fun of it. Or something. (Via)

Why the Dawgs will win: Because after our very public early-season humiliation, the Dawgs will be rolling, having gotten their proverbial act together, and Kentucky is just another obstacle in the road to a strong finish.

Why the Dawgs will lose: Because Kentucky loves to beat  us in situations like that, and in fact they've beaten Georgia as many times in the last 5 years as they've beaten South Carolina, Florida, Tennessee, and LSU combined. (Either that, or we'll already be 0-10, and we ain't winning at all if we haven't won by now.)

Why the Dawgs will lose:  Because even a blind squirrel finds an acorn once in a while.  (And Paul Johnson doesn't give a sh*t about acorns, squirrels, or beating Georgia.  Well, maybe he cares about that last part.) 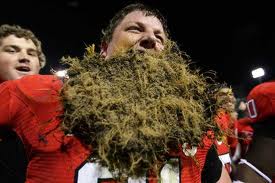 It's impossible to show this picture of Ben Jones eating Grant Field grass too many times, right?  Yeah, that's what I thought. (Via)

At this point, I can see no way that Georgia can avoid an 0-12 football season. Mark Richt will undoubtedly get fired after game 3, and Mike Bobo will be named the interim coach for the rest of the season. Sanford Stadium will be burned to the ground and Kirby Smart will soon be crossing the GeorgiBama frontier because "Mama called."  Basically, the 2011 football season can be summed up by the following: 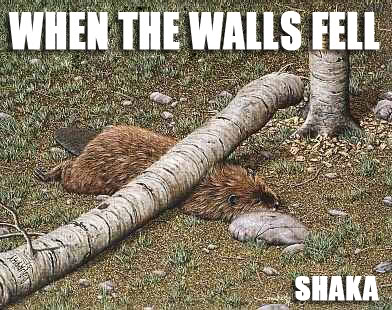 This season is extremely difficult to predict.  On one hand, Georgia has great talent and a good amount of experience at key positions all over the team.  On the other hand, however, they had all of that last year, too.  SEC games are almost always very close affairs, and at least 3-4 games are decided by your team's discipline, heart, and their ability to perform under the pressure that comes at the end of the game.  The Dawgs have historically been excellent in that area under Mark Richt, but came up woefully short in 2010.

Can the Red and Black recapture the confidence and last-minute discipline and execution skills that won them 2 SEC Championships and multiple 10-win seasons in the first half of this decade?  The answer to that question will be the determining factor between another 6-6 season and a 10-2 season.  My prediction is an 8-4 finish, which will probably be good enough to keep Mark Richt in Athens for another year, though if that result were to hold, his seat would be hotter than ever in 2012.

What are your predictions for the upcoming season?