Share All sharing options for: The Inaugural Georgia Bulldogs Hate Index (Final Round)

In part one of the Inaugural Georgia Bulldogs Hate Index, more than ten per cent of the voters deemed three of the eight choices (Michael Adams, Steve Detwiler, and Tim Tebow) unworthy of inclusion, leaving the other five (Auburn, Florida, Georgia Tech, Urban Meyer, and Steve Spurrier) with few enough votes for exclusion to warrant carrying them forward to the final balloting.

As of this writing, more than ten per cent of the electorate has rejected five of the eight options (blog trolls, Clemson, the green notebook, Pat Dye, and Steve Taneyhill) in part two of the Inaugural Georgia Bulldogs Hate Index, so just three choices (offseason arrests, poor clock management, and Tennessee) remain to be carried forward. Accordingly, I now present to you the definitive Georgia Bulldogs Hate Index: 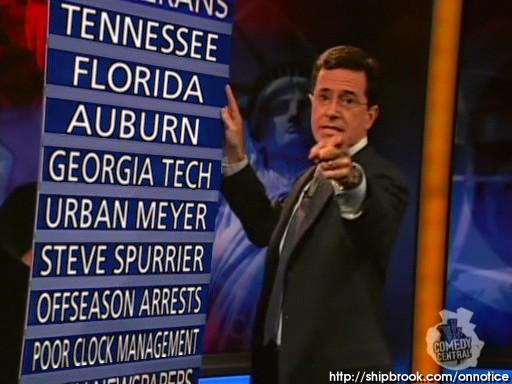 Since we now know all eight contenders will be on the final list, this week’s voting will deal with the choice most deserving of our contempt. If, for instance, vineyarddawg votes for the Gators (and he will), he is indicating that he hates Florida more than he hates the other seven choices. Likewise, if NCT votes for the Yellow Jackets (and he will), he is indicating that his clean old-fashioned hatred for Georgia Tech is stronger than his contempt for the remaining options. Finally, if I vote for the Plainsmen (and I will), I will be stating with certainty that I hate Auburn more than I despise Tennessee, Florida, Georgia Tech, Urban Meyer, Steve Spurrier, offseason arrests, and poor clock management combined. (I hate Auburn.)