Share All sharing options for: The Inaugural Georgia Bulldogs Hate Index (Part One)

Imitation is the sincerest form of flattery, so, since BC Interruption stole it from The Smoking Musket, I don’t feel bad about stealing it from BC Interruption. Besides, it isn’t like we don’t have some claim to the "on notice" board idea around here.

Here’s the deal: I’ve identified eight sources of hate for the Georgia Bulldogs; I had to resist the strong desire to include Jeff Treadwell, and I added Il Duce out of deference to vineyarddawg, but I came up with a list. Through your votes in the poll below, you will identify the least worthy entrant, which will be booted from next week’s list, until we have come up with the Definitive Georgia Hate Index. (Only my sense of irony prevented me from putting "Boise St. Broncos fans hijacking Dawg Sports polls" on the list. Well, that, and space constraints.)

You with me on the rules? Good. Here’s the list: 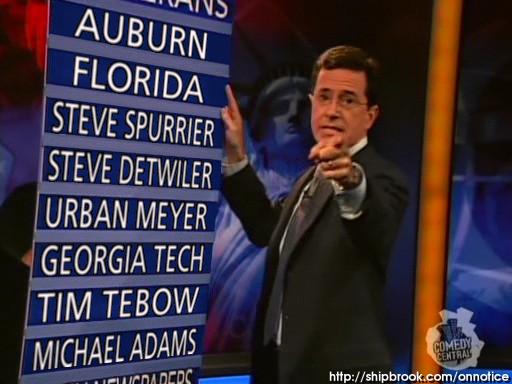 Lobbying is strongly encouraged. If you feel passionately that a particular contender should be booted from consideration, or should remain on the board, by all means, feel free to attempt to persuade your fellow voters in the comments below. Frankly, I saw no need to justify the inclusion of any of those possibilities, because the reasons for each appeared to me obvious (and in that order of importance), but there are reasonable differences of opinion upon such subjects, so let’s hash them out as a fan base.

Also, let me know what needs to be added to next week’s list. Clemson? Tennessee? Oversigning? The green notebook? Rogers Redding? Weddings during football season? Pat Dye? Multiple wasted time outs early in the third quarter? Jay Clark? Will Muschamp? Bowl games named for manufactured products and abstract ideals rather than crops? Let us know in the comments below!