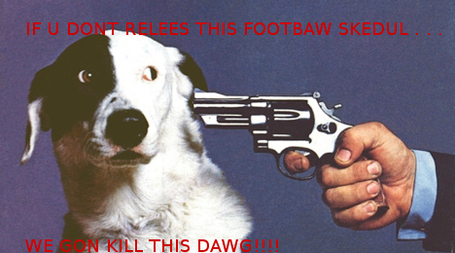 We received this disturbing communique at the Dawg Sports office in scenic Chula late yesterday afternoon in an envelope listing the sender as "The Bammer Liberation Front." Please think of the animals, Commissioner Slive.

Before you head over the river and through the woods to grandmother's house, down the chimney, out to steal all the Who gifts in Whoville, or wherever else you may be going this morning, let's take a look at what's going on in college athletics:

That's all for now. Here's wishing you and yours a very merry Christmas. Until later . . .