Good morning, Dawg fans! If you're anything like me, you have relied on your wife to purchase all of the Christmas gifts for everyone in your family, including herself put off all of your Christmas shopping 'til the last minute, so I hope this edition of Dawg Bites will help you as you begin your procrastination-fueled dash to the stores this week.


(VERY IMPORTANT DISCLAIMER: Don't even think about actually buying any of these or any other gifts for the named student-athletes. There are eligibility-reducing consequences that might cause a certain Air Force pilot to subsequently fly over your house and "accidentally" drop a lethal neurotoxin all over your ass.) 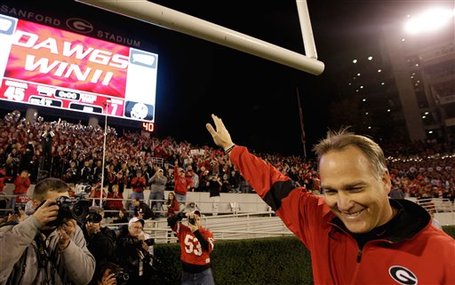 Also, you will not find Kyle's name listed below. He's already gotten his Christmas present.

Well, that should be enough to get your day started! I hope everyone has a great Monday, a great holiday season, and...