Share All sharing options for: Farewell to a Legend: Remembering Larry Munson

Mrs. Vineyarddawg and I attended the memorial service for Larry Munson yesterday at Sanford Stadium. It lasted about 90 minutes and was a very moving ceremony.

Rather than provide a very boring recount of what was, essentially, 70 minutes worth of speeches and 20 minutes worth of music and video, I've chosen instead to simply provide the order of service and post some pictures I took before and during the event. (Note: You can click on any of the pictures to see the full-size version.)

I will provide this commentary, though: it was appropriate and moving, and was well-attended. I would estimate that there were at least 3,000 people there. 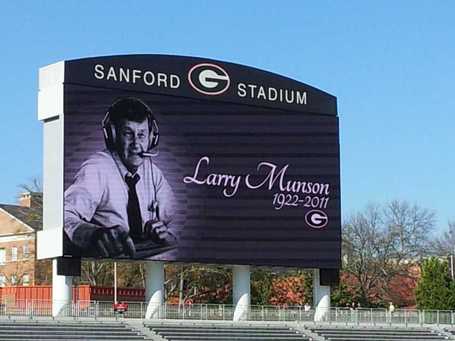 The order of service was:

- Before the service, they played video clips of Munson talking about his early career at Wyoming and Nashville, leading up to his time at Georgia.
- Greg McGarity opened the service.
- The Redcoat Band played the Battle Hymn.
- Scott Howard spoke, and emceed the rest of the service.
- Mark Richt gave the invocation.
- Dr. Michael Adams spoke.
- Tony Barnhart spoke.
- Wes Durham spoke via video due to having a game to call that day.
- They showed a video from Munson that he'd recorded 8 years ago to be shown at his memorial service (not nearly as creepy as you'd think it would be).
- Vince Dooley spoke.
- Charlie Wittemore, a personal friend of Munson, spoke.
- Munson's sons Johnathan and Michael spoke.
- The Redboat Band played Amazing Grace and Georgia On My Mind.
- The honor guard gave Munson a 21-gun salute, and the "lone trumpeter" from the Redcoat Band stood on the field and played taps. 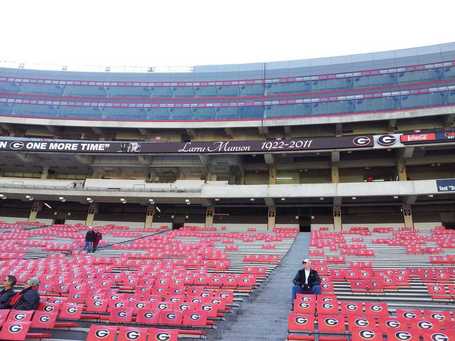 This picture and the next are shots of the signs displayed around Sanford Stadium honoring Larry. 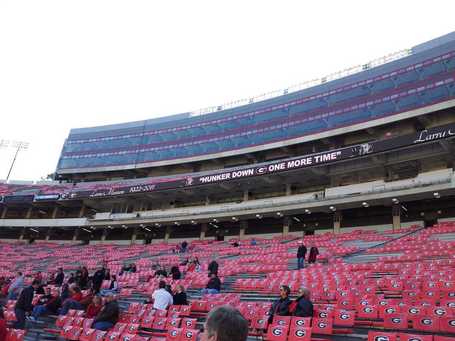 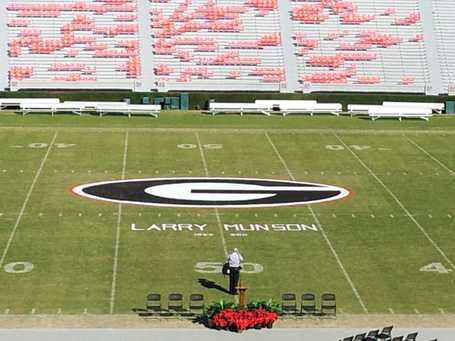 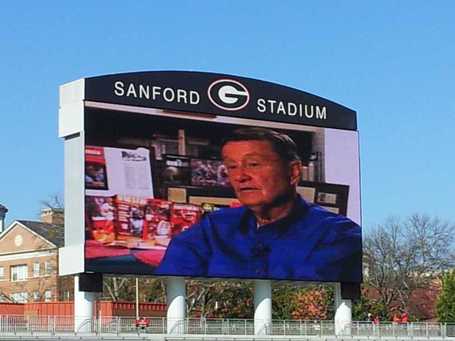 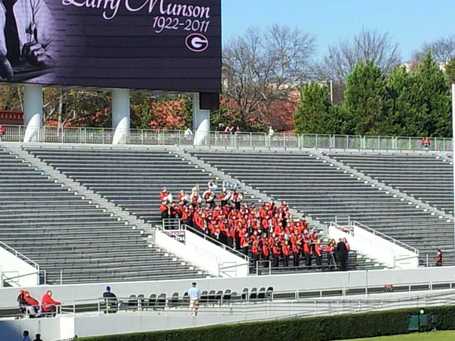 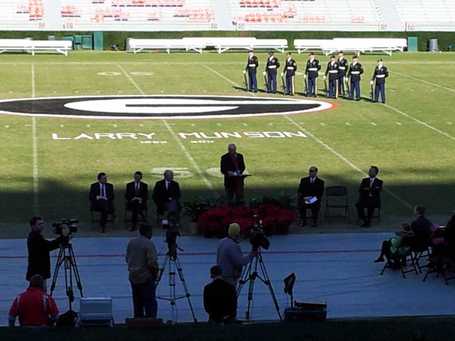 RIP Larry. We already miss you, and there will never be another like you.