My grandfather, a man who, unfortunately, passed away before I was born, was from a small town in northeast Alabama. He went to the erstwhile Alabama Polytechnic Institute before he graduated and went to fight in Europe for Uncle Sam in World War II. It fell to my father, as the oldest son, to attend Auburn, just as his father had. As fate would have it, they day after he graduated high school, Dad's family moved from Albany to Sylvania, and Dad opted to forget Auburn (where he already had his room assignment), and instead attend Georgia Southern. (While there, he met my mother, so I should be doubly thankful). Though he didn't go to Auburn, AU was in his blood. Uncles, aunts, grandparents, etc had all attended, and it's hard to lose that love, even 200 miles from the Loveliest Village Most Glorious Cow Pasture Largest Trailer Park on the Plain.  As a child, Christmas gifts always included an Auburn sweatshirt or cap.  I picked out clothing from the J&M Bookstore catalog.  I had the words of the fight song memorized by age 4, and I could explain to you the difference between War Eagle, Tigers, and Plainsmen. 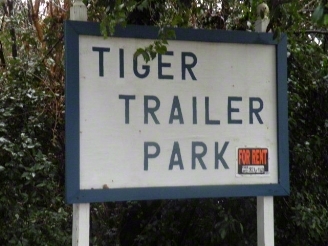 My first game in Sanford Stadium came on November 13, 1987.  I was 9, and I attended with my aunt, uncle, and cousin.  Auburn won 27-11.  I don't remember much about the game except being horrified at Georgia fans.  "Then all of the sudden, they started barking," I told my mother upon my return home.  Through high school, I planned on attending Auburn, just as I was supposed to.  All that changed when Zell Miller gave everyone from Georgia a great reason to attend college in-state.  I could still go to Auburn if I wanted, but Papa and Mama Downindixie dictated that I would pay for it myself because I was eligible for a HOPE Scholarship.

Lewis Grizzard wrote that he and Vince Dooley both arrived in Athens in the fall of 1964.  My freshman fall in Athens brought Jim Donnan, and I sat through horrible games that autumn at Sanford Stadium like a losses to Southern Miss and Tennessee, and watched UGA get demolished by the eventual national champions in Jacksonville.  When the battle with Auburn came that year, I (along with everyone else) expected Auburn to win in a rout.  I made a trip to Sylvania for the weekend, and spent the evening watching the game with my family.  (Hailtogeorgia was 10 at the time, and he had mixed feelings about whether to pull for Auburn with dad, or whether to pull for UGA where his older brother was in college).  I wasn't sure who to pull for myself.

But that 1996 game changed everything.  Uga V tried to castrate Robert Baker (the Crack Maker).  Corey Allen, despite being interfered with, caught a TD pass from Mike Bobo as time expired.  The Dawgs won the first overtime game in NCAA Div 1-A history, and I had become a Bulldog, by God.  No longer would I be conflicted, no; I went to UGA, and I wanted Georgia to win, no matter what!

I didn't start to hate Auburn until later.  I don't hate Auburn like I hate Tech, but make no mistake, I hate Auburn.  I hate Auburn because of their far-fetched anti-Auburn conspiracy beliefs.  I hate Auburn because they cheat, and then they cheat some more (elaborate cover-up or not).  I hate Auburn because of cheap shots during games.  Over and over.  By players who never should have been there to start with.  I hate them for claiming national championships they didn't win.  It's called revisionist history, boys.  Claim them all you want, but you didn't win a MNC in 1993 (thanks to Pat Dye), and you sure as hell didn't win one in 2004 (even though I think you deserved a shot at it).  If I played football in the shadow of the Crimson Tide, I'd probably cheat, too.  If I were from Georgia and didn't get in at UGA and were FORCED to go to Auburn as my fallback, I'd probably be envious of the better education I could have gotten had I actually tried a little more in high school.  Alas, I went to UGA.  I don't have to deal with the bammers, and I live in a beautiful city in the foothills of the Appalachians, not some mecca of Wal-Marts and Applebee's in the middle of nowhere east Alabama!

I may have grown up a barner, but I saw the light.  Here's hoping we whip your butts on Saturday!