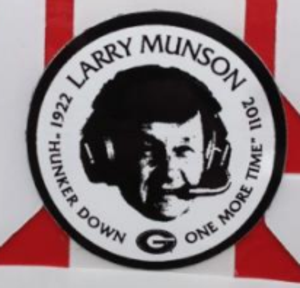 One cannot revel in one of life's best guilty pleasures that is schadenfreude unless your team actually takes care of business and wins.  On Saturday, your Georgia Bulldogs truly dominated the Georgia Tech Yellow Jackets by the tasty score of 31-17.  The margin of victory does not reflect how dominant the Dawgs truly were, especially in the second half.  Mark Richt has never lost a game at Grant Field, a.k.a. Bobby Dodd Stadium, a.k.a. "Georgia's Atlanta Practice Facility," compiling a 10-1 record and rendering many of the Tech faithful to wonder if it's time to turn yellow (as in Jacket) and bolt:

Posted: Today 2:50 PM
TampaBayJacket
Time to end the series against UGA
Every year this game ruins our season so why play it anymore? We dont have the horses to compete with UGA and never will, not with the uneven recruiting playing field we face against UGA and all other teams. Lets just cut our losses and concede. This game hurts us more than any benefit.

This is the kind of talk that puts the 'freude' in 'schaden.'  Expect Tech to forever live vicariously through our competition because they can't beat us.

Tech got some yards in the first half, mostly a by-product of constant chop-blocking (first play of the game drew a flag for this) and Tech was grabbing red-colored jerseys throughout the game, especially when forced to throw.  And once again Todd Grantham made the necessary adjustments after the half, forcing Tech out of their comfort zone quickly the 3rd quarter commenced, which basically means throwing the forward pass; a novel concept nearly perfected by Reggie Ball in the mid 2000's for those of you too young to remember.  The result was two quick interceptions, and a quick Murray to Tavarres King touchdown which essentially put the game out of reach.  Mike Bobo called a solid game, and considering we were again without the services of Isaiah Crowell, mixed and matched enough running backs to set up play-action.  Murray was accurate for most of the day, and Orson Charles was our biggest weapon on a day where Murray went 19 of 29 for 252 yards, 4 touchdowns and an interception.  Hopefully Isaiah gets healed up for the SEC Championship next week.  But I've got to give a shout-out to Ken Malcome who ran tough, grinding out key yardage on the last coup de grace drive at the end of the game and Zander Ogletree's 21 yard full-back trap:  A perfect play-call at a perfect time in the game.  We can run the full-back?  Who knew!  My only criticism of the gameplan was not heeding ESPN's Ed Cunningham and not pulling Aaron Murray after we got up by 21. 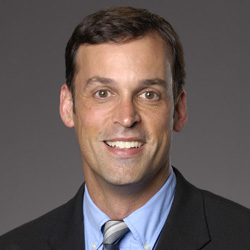 Now, on with the schaden-fest...

After Derek Dooley achieved his signature win over Vandy last week, I thought (briefly) that the Volunteers fortunes had turned.  They haven't.  Tennessee and Kentucky were playing their game at Commonwealth Stadium at the same time that Georgia was TCOB in Atlanta, so unless you were hitting the "return" button on your remote, you probably only saw the last 4:00 of this game, which was actually way better than watching the first 56:00 if you consider:

Kentucky broke a losing streak to the Volunteers that dated back to 1984.  Derek Dooley inherited a colossal mess in Knoxville, but they're a proud bunch up on the Cumberland Plateau and they want to win again.  Now.  This question is in serious doubt.  Things are as bad on Rocky Top as I've ever seen it.  It's as if they self-inflicted the Death Penalty.

Michigan beat Ohio State.  Lewis Grizzard once said this game was "like watching two mules fight over a turnip."  I didn't see a lick of this match, but Michigan won in what was a pretty good scoring-fest, 40-34.  I'm glad they did because I hate Ohio State.  Couldn't stand them when they had Woody Hayes (although punching a Clemson player did elevate him in my book.  Now that's coaching).  Urban Meyer is about to sign a deal for a gazillion dollars.  I'll hate 'em even more and might have to start sporting a Michigan shirt in my neighborhood because there seems to be quite a few tOSU fans for some reason.  One thought did occur to me, though:  I wonder if Urban will start raiding Florida talent that might otherwise go to UF? 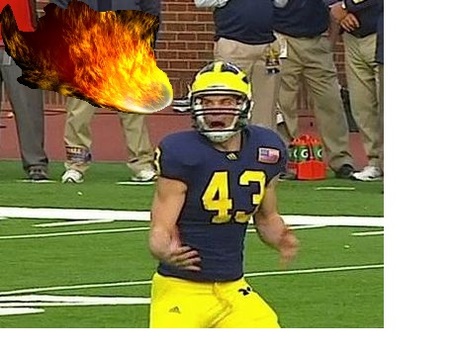 Why, that's not a football it's a flaming hot meteor OMG!

Florida State beat Florida last night in Gainesville.  I watched this game and can honestly say it was the ugliest game of football I have seen all season.  Except for the result. John Brantley, in his Swamp Swan Song, tossed 3 interceptions before being concussed late in the second quarter.  His replacement, Jacoby Brissett, threw a skilled touchdown pass to a Seminole defender.  As inept as Florida was on offense, FSU set the bar in this one.  Thirty rushing yards, 65 passing yards.  And 85 yards in penalties.  My math says they gained a net of 10 yards.  FIRST DOWN!

Defense wins championships:  State or otherwise.  Muschamp finishes the season at 6-6 with a minor bowl on the horizon, and a very tenuous quarterback situation heading into 2012.  But Charlie Weis is a genius and that ship will get turned around.  It might take some serious counter-flooding, a few tug boats, but it'll turn around.  Question is, when? 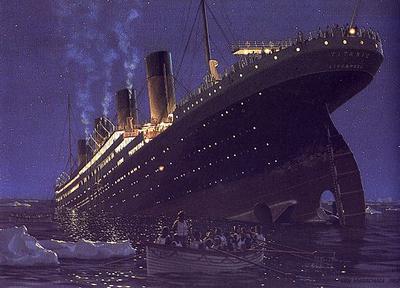 Get off the bow, Charlie.  We're taking on water.

South Carolina pounded the most fraudulent edition of the Clemson Tigers yet.  I really cannot accept too much in the way of schadenfreude for this one because I wanted Clemson to win.  However, my disdain for the Tigers is deep and goes way back to the mid 1970's when our rivalry really developed into something special, so I guess there some satisfaction there and the fact that the SEC went 3-1 over the weekend.  Oh, and ESPN's ACC propaganda minister Heather Dinich can shut her yapper.

Chris Low: Heather, forget the chaos in the BCS right now and all the talk about how we need a playoff. We have our own little SEC versus ACC playoff this weekend to close the regular season. It was a 2-2 split last season. I’m on record that the ACC will be lucky to win one this season. Two of the matchups are between nationally-ranked teams. No. 17 Clemson travels to No. 12 South Carolina, and No. 13 Georgia visits No. 23 Georgia Tech. Also, Vanderbilt pays a visit to Wake Forest, while Florida State plays at Florida. All right, Heather, here’s your chance to convince me that the ACC can win at least two games again this year.

Heather Dinich: Lucky to win ONE? Last I checked the ACC wasn't playing the only three teams in the SEC anyone has paid attention to this year. I will admit, that before the season began, I said the ACC would have a winning record against the SEC this season, but I wasn't predicting Georgia's SEC East title, nor Vanderbilt's bowl hopes in the first season under James Franklin, or South Carolina's defense leading the way. I think we could all see what was in store for Florida. I can, however, argue that the ACC will win at least TWO games against the SEC this weekend: against Vanderbilt and Florida. Jimbo Fisher is a step ahead of his friend Will Muschamp when it comes to getting their programs in order, but clearly this will be a defensive game and FSU's defense is better. So is its special teams. As for Wake-Vandy, Jim Grobe has beaten that team before, and quarterback Tanner Price is on a hot streak. What makes you so confident the SEC will come out on top this weekend?

Dudette.  You're no Lisa Guerrero.  Shut Up.

I wish I could say Vandy lost.  I really do because James Franklin wins the First Annual New Tool Of The Year in the SEC award, barely eclipsing Will Muschamp for the honor.  To Vandy's credit, they soundly defeated Wake Forest, 41-7 in Winston-Salem, NC.  Still no word on the extent of all of Wake's defensive front's chop block injuries.

Of course, Alabama handled Auburn in what was really a snooze-fest.  Alabama looked great (except for special teams) for the most part.  Trent Richardson is one strong dude.  Clint Moseley is not a good quarterback and Harvey Updyke may or may not have attended the game.  Good luck to Toomer's Oaks.

Not much else to add, really.  But feel free to chime in and correct me if I'm wrong.  And I'm wrong a lot.

It's Great To Be A Georgia Bulldog!  I'm really hoping I'll be posting more schadenfreude next Sunday.  I truly believe we've got a much better chance than the pundits are giving us.

Oh, and thank you Kirk, Lee and Chris.  When Bo Jackson becomes the voice of reason, the end is nigh!