Are You Ready for Some Football?

Share All sharing options for: Are You Ready for Some Football?

I am ready for some football. How ready? This ready: 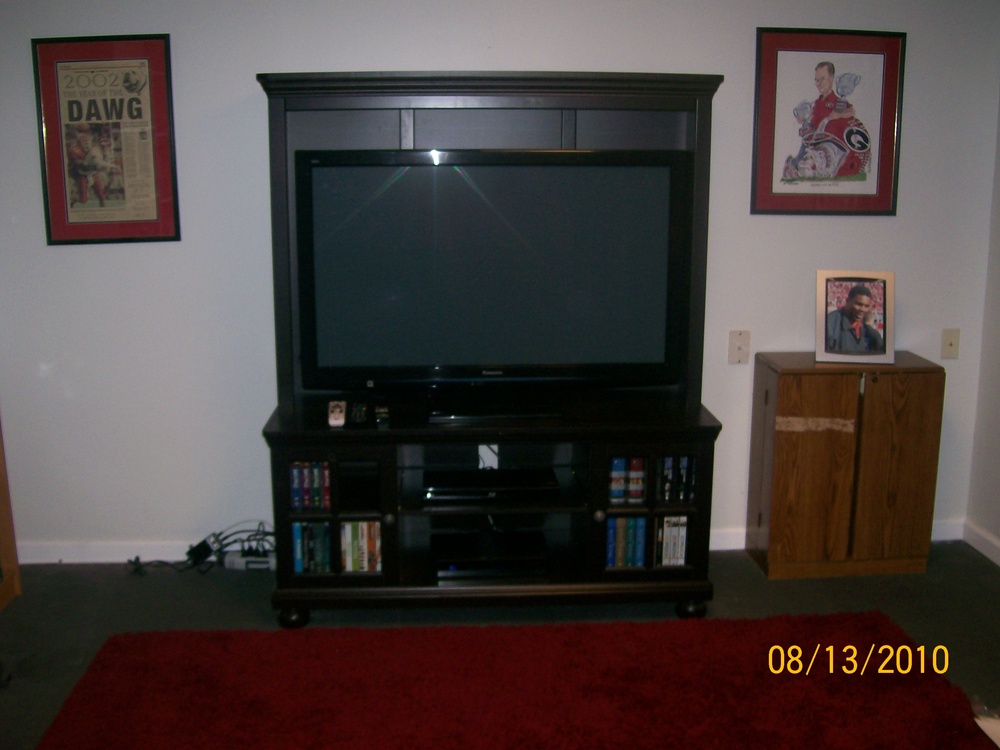 In the upper left corner is a framed page from The Macon Telegraph commemorating the 2002 SEC championship. Not visible on the right is a photograph of Herschel Walker taken by Jon Gloer, father of current player Chad Gloer, on the field in Sanford Stadium. 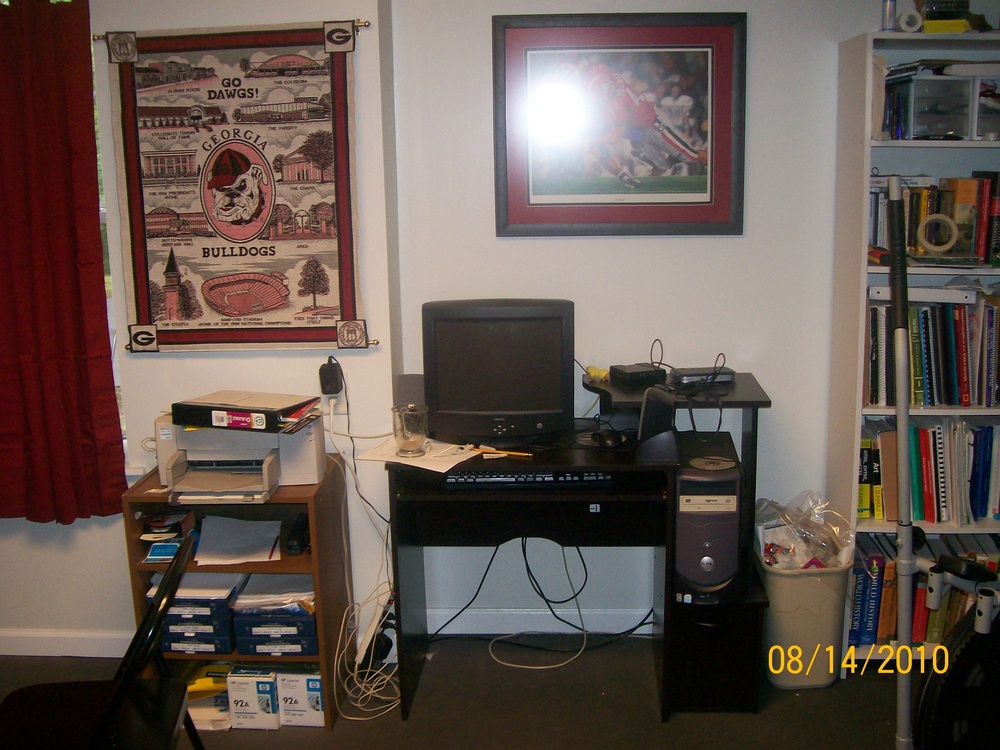 Although the flash obscures the image, the framed portrait is of David Pollack sacking Chris Leak. The Georgia banner was hung in that location just prior to the 2006 Auburn game, and it has adorned that wall ever since. 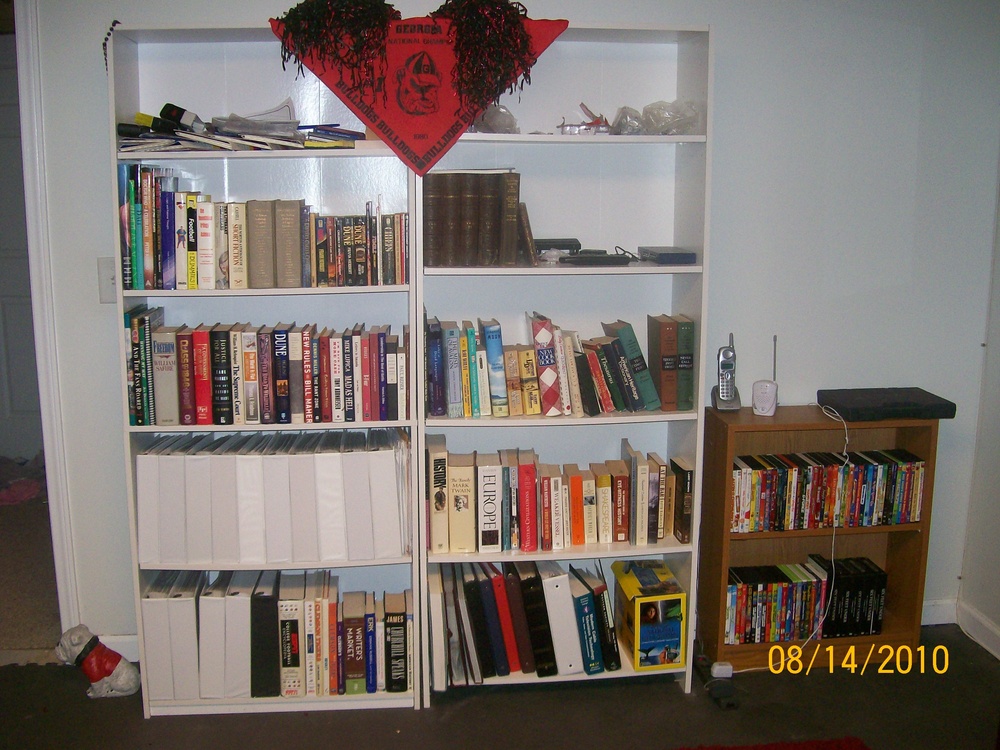 The Uga statue at lower left is not the Uga statue I turn each week to face the stadium in which the Bulldogs are playing. The fourteen white binders on the lower two shelves of the left bookcase contain the newspaper clippings that made up the research for Fighting Like Cats and Dogs. I had to promise my wife that I’d take down the shakers and the 1980 commemorative bandanna after the season, by the way. 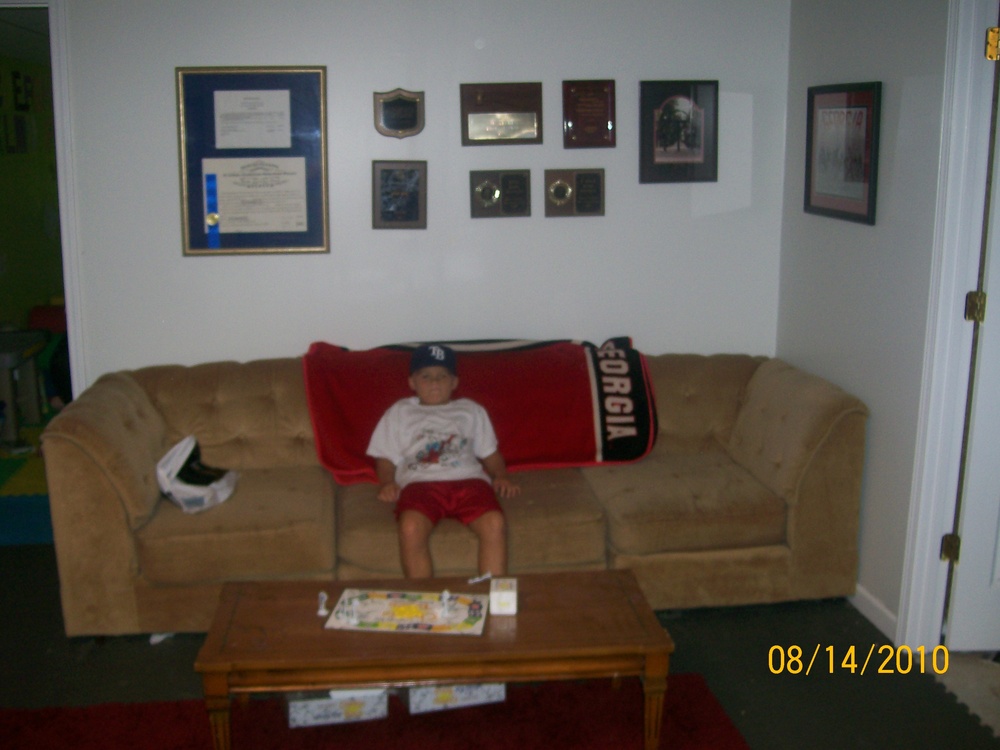 At the right edge of the picture is a photograph of the Arch. Naturally, the kid on the couch is Thomas, who is wearing the Tampa Bay Rays cap I bought him earlier this summer. Naturally, he’ll trade that in for a Georgia cap by Labor Day weekend.