Should the SEC Baseball Tournament Move from Hoover to Memphis?

Share All sharing options for: Should the SEC Baseball Tournament Move from Hoover to Memphis?

There is a lull in college baseball action in Bulldog Nation, due to final exams and (arguably) the intervention of a benevolent and protective God intent on sparing the Diamond Dogs additional embarrassing losses in the worst baseball season ever for the Red and Black. Nevertheless, we are not without news from the diamond, as the SEC is considering moving the conference baseball tournament from the Hoover Met to AutoZone Park in Memphis. (Hat tip: Team Speed Kills.)

From the Georgia perspective, the trip along I-20 covers about 220 miles between Athens and Hoover, roughly half the distance separating the Arch from Graceland. If you’re looking for the better tourist destination, the move is good for you; if you’re cost-conscious and want to travel fewer miles, you’d probably rather keep the tourney in the greater metropolitan Birmingham area. 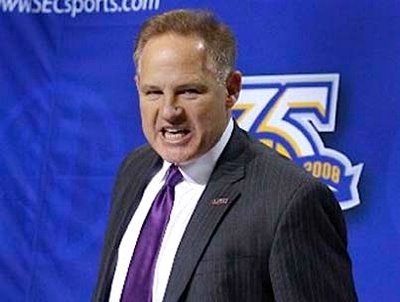 The architectural firm chiefly responsible for AutoZone Park was Looney Ricks Kiss Architects of Memphis. That’s neither here nor there, really, but it’s just fun to type "Looney Ricks Kiss." The stadium reportedly is home to the largest video board in the minor leagues.

AutoZone Park dates to 2000 and already accommodates an annual SEC outing, as Ole Miss squares off with the University of Memphis in that venue on a yearly basis. The facility in Hoover opened in 1988 and underwent renovations in 2007. One reviewer wrote of Regions Park:

[W]hat they ended up with is a spacious, antiseptic stadium that is both clean and comfortable, but neither interesting nor unique. The stadium is built way out in the suburbs, some 12 miles from where Rickwood is located and has an exterior that resembles a spaceship more than a ballpark with its futuristic look. . . . It's a shame that the Barons ever moved out of Rickwood Field. While there is nothing particularly wrong with Hoover Met, there is nothing to recommend it either - it's just a big boring park. 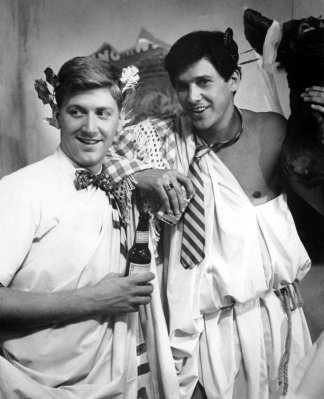 Still, a change of scenery might be nice, even though I have to admit that I am much more likely to make a father-son outing of the SEC tournament in Hoover than I am in Memphis. What say you, Bulldog Nation? Should the league baseball tourney stay put or move to Tennessee?