Share All sharing options for: Georgia Bulldogs Excel on Tennis Court, in Classroom, and at Track and Field Competition; Depressive Kyle Still Sees Glass as Half-Empty

Because the debut of Manic Kyle Monday proved absolutely disastrous, it’s going to be all Depressive Kyle, all the time, here at Dawg Sports for the foreseeable future, until a turnaround is not merely evidenced by encouraging indicators but is instead an accomplished fact. (Beating the Florida Gators at literally anything would be a good sign.)

Since I have lost all ability to muster anything approximating optimism, the best I can do is to direct your attention to recent achievements hopeful developments reasons to believe impending disasters that have not yet fully been realized. 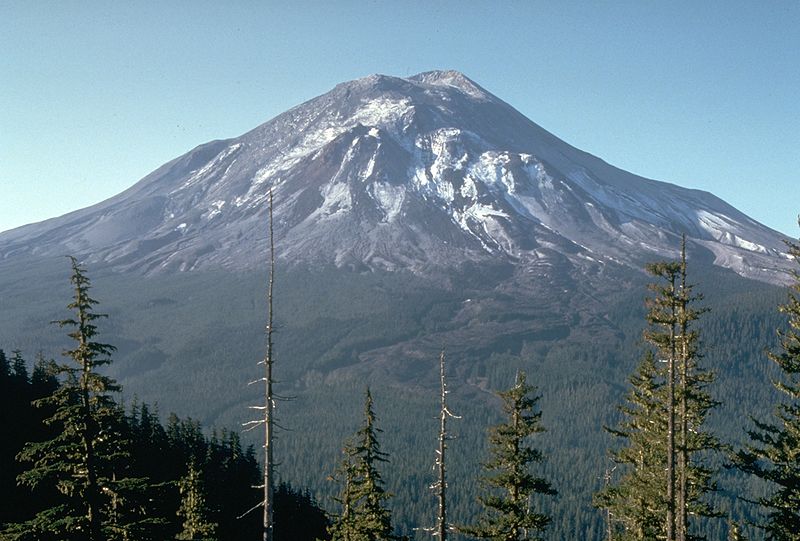 By the way, this is a picture of Mount St. Helens as it appeared 30 years ago today, on May 17, 1980, approximately 24 hours before the entire north face of the mountain was obliterated in the first significant volcanic eruption to occur in the contiguous United States since 1915. I just included it because I felt like it; no reason, really. Why do you ask? (Photograph from United States Geological Survey.)

Although the Georgia women’s tennis team was eliminated by Clemson, the twelfth-ranked Bulldog male netters rallied past Florida State to advance to the NCAA round of sixteen. This would be encouraging, were it not for the facts that (a) the Seminoles were ranked 29th and some faithful followers of tennis didn’t even know FSU had a team, and (b) the eleventh-seeded Red and Black now must face sixth-seeded Florida on Friday. If you’re an optimist, you can pencil in the loss; if you’re like me, you’ve gone ahead and marked it down in ink.

Georgia’s women’s basketball and men’s golf teams were honored by the NCAA last week for finishing in the top ten per cent in the NCAA’s academic progress rate standings. On the flipside, the fact that those two teams were recognized for making the grade means all our other sports squads didn’t.

The Bulldogs have excelled at track and field. Nikola Lomnicka finished first in the SEC in the hammer throw with a 207-foot, seven-inch toss; if you sat all the way through the closing credits of "Iron Man 2," you saw where her winning toss came to rest in New Mexico. Brian Moore won the league championship in the javelin toss, although an Auburn student-athlete claimed the conference crown in the javelin catch. Bridget Lyons (10,000-meter run) and Israel Machovec (shot put) won SEC championships in their events, as well.

Actually, that sounds like a pretty good weekend for the Georgia track and field athletes, so how am I going to find a dark cloud behind this silver lining? Take it away, head coach Wayne Norton:

It was strange today because we did a fabulous job in the finals with having a couple champions and scoring well, but we didn’t qualify like we needed to in the prelims. It’s going to be tough to stay up there at the top for our teams.

Well, there you go.