By now, you’ve read Dr. Saturday’s, Orson Swindle’s, and David Hale’s takes on the new celebration rules that will take effect in 2011. While we rarely report breaking news here at Dawg Sports, I am proud to say that we have a confidential source who was at the meeting at which this move was approved, and he has provided us with the following transcript of the discussion: 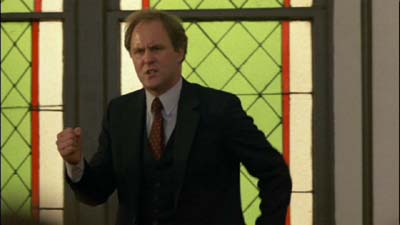 Reverend Shaw Moore: If our Lord wasn't testing us, how would you account for the proliferation, these days, of these obscene celebrations, with their gospel of fun football and youthful exuberance?

Even if this was not a rule, which it is, I'm afraid I would have a lot of difficulty endorsing an enterprise which is as fraught with genuine peril as I believe this one to be. Besides the liquor and the drugs which always seem to accompany a dive into the end zone, the thing that distresses me even more is the spiritual corruption that can be involved. These dances and the kind of music that inspires them can be destructive, and, uh, Ren, I'm afraid you're going to find most of the people in the NCAA are going to agree with me on this.

While we’re at it, can we have the bands play, oh, I don’t know, maybe Hadyn, a chamber piece of some sort? It doesn't confuse people's minds and bodies like, say, "Krypton Fanfare," with its celebration of wayward orphaned Kryptonians grown virile on the rays of our evil yellow sun. Who wants there to be fanfare about an athletic event set on a college campus, anyway? You won't get any dancing here, it's a live ball foul! 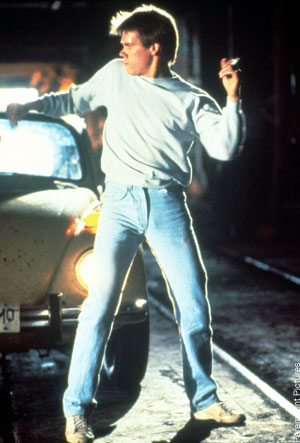 And that is the dancing we're talking about. Aren't we told in Psalm 149: "Praise ye the Lord. Sing unto the Lord a new song. Let them praise His name in the dance"? And it was King David---King David, who we read about in Samuel---and what did David do? What did David do?

"David danced before the Lord with all his might, leaping and dancing before the Lord." Leaping and dancing, as though he had scored a touchdown. Ecclesiastes assures us that there is a time for every purpose under Heaven. A time to laugh, and a time to weep. A time to mourn, and there is a time to dance. And there was a time for this penalty, but not anymore. See, this is our time to dance. It is our way of celebrating life, and football, if you will pardon the redundancy. It's the way it was in the beginning. It's the way it's always been. It's the way it should be now.

Hey, hey! What's this I see? I thought this was a party. Let’s dance!

The Playing Rules Oversight Panel then approved the measure on a voice vote while Ren McCormack was dragged out back and stoned for his bad attitude and footloose ways. The meeting thereafter adjourned.

Seriously, people, I’m as stodgy and uptight a middle-aged suburban conservative Methodist white guy as you’re liable to find, and I think every player should emulate Herschel Walker, who always simply handed the ball to the official and trotted off the field without making a fuss, but even I think this is going too far with a rule that was intended to cut out the Miami-style taunting of the late 1980s. This is a solution in search of a problem. For crying out loud, they’re teenage kids playing a game that is supposed to be enjoyable for the participants and for the fans.

The principle underlying this rule is that college football needs less fun and more bureaucracy, less genuine emotional expression and more arbitrary officiating judgments. Am I the only one who thinks the NCAA has those ratios exactly backwards?