Diamond Dogs Preview: This Weekend's Sweep Will Be Brought to You by Arkansas

Share All sharing options for: Diamond Dogs Preview: This Weekend's Sweep Will Be Brought to You by Arkansas

On Tuesday, I asked whether the Diamond Dogs were getting better. (Please note that this, like a "Jeopardy!" answer, was phrased in the form of a question.) On Wednesday, that question was answered resoundingly in the negative in the worst baseball game ever:

It was the most earned runs and hits allowed by Georgia in school history and the largest margin of defeat in the series history.

That, it seems to me, leaves us with five options. First of all, we could all kill ourselves, but that seems a bit extreme. (At the risk of sounding overly theological, it’s probably a bad idea to commit a mortal sin in response to losing a sporting event to an opponent whose fans routinely declare in song their intention to teach their children to yell out how much they want you to go to Hell.) Secondly, we could forfeit the Classic City Canines’ remaining games, but I really feel like we have a shot against Winthrop on April 21.

Thirdly, we could forge ahead resolutely, secure in the knowledge that, once you’ve played quite literally the worst game in the history of your oldest varsity sport, it’s highly unlikely that matters will get any worse. Our fourth choice would be to adopt the attitude exhibited by Albert Brooks in "Broadcast News" and accept that, at some point, this became so off-the-chart bad, it just got funny. Finally, we can simply acknowledge that there are games left to be played and recognize that, where there’s life, there’s hope. I’m going with that last one. Yeah, I know, it surprised me, too.

Up next are the Arkansas Razorbacks, who are in first place in the SEC West and ranked in the top ten nationally. The Hogs are winners of eight straight, including the first sweep of Mississippi State in Starkville in their history, and they possess the SEC’s longest victory skein. Their midweek contests against New Mexico Tuesday and yesterday both were one-run games, but Arkansas figures out ways to win, having lost just once since March 21 and won seven one-run games during that stretch. Five of the Classic City Canines’ nine league losses have come by a lone run.

The Razorbacks are coached by Arkansas alum Dave Van Horn, who is seen here in the company of three unidentified witches women: 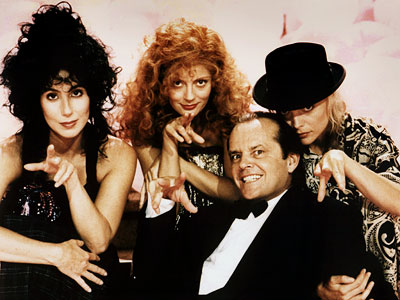 Actually, I did a Google search, and it turns out that it may not be the same guy. If so, my bad. One thing I know for sure, though, is that the Razorbacks’ regular Sunday starter, Randall Fant, recently got his name in the news:

According to the Washington County website, Fant was arrested at 4:41 Monday morning. A police report stated that the 19-year-old was walking down Highway 16 when an officer had to swerve to avoid Fant. He allegedly was walking home from a friends house, where no one could drive him home because they there also drinking. He was trying to get to Fayetteville, but was walking towards Elkins.

Fant was then given a sobriety test by the arresting officer and that officer thought it would not be safe to let Fant continue walking. This is his second alcohol related arrest in the past eight months. Fant was arrested for driving while intoxicated in September.

Also filed under "not good" are the following facts: the Hogs are 20-3 at home this season, while the Red and Black are 2-11 against top 25 teams. Through last weekend, Arkansas led the league in hits (152) and batting average (.339) in conference contests, while Georgia had carded an SEC-worst 121 strikeouts against their league brethren. No pitching staff in the Southeastern Conference has allowed as many hits (140), as many runs (103), or as high an earned run average (7.95) as Georgia has in SEC outings.

Friday night’s series opener, in which the Diamond Dogs will face a left-handed starter in a night game on the road, will be televised by ESPN2. You have been warned.